From Carnegie Hall to CWRU 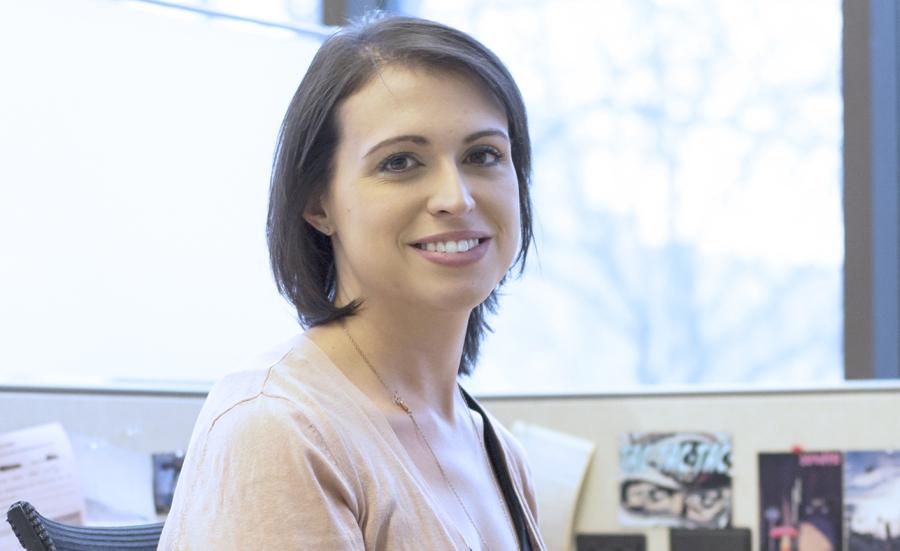 St. Pierre's passion for music has taken her from Carnegie Hall to Europe to CWRU.

The audience fell silent and the room turned pitch black. Dr. Kelly St. Pierre stood behind the curtain with her violin in one of the world’s most prestigious concert venues.

Before she went onstage in Carnegie Hall, St. Pierre tried to slow down her whirling mind.

“In the moments before performing at Carnegie Hall one part of me was geeking out; and I was having a hard time containing the feeling of being starstruck,” said St. Pierre. “I remember playing Toscanini’s piano in the dressing room and reminding myself to breathe before I went on stage.”

Music helped St. Pierre through some of her life struggles. While she was preparing to perform at Carnegie Hall in her high school years, her mother passed away and never had the opportunity to watch her perform. St. Pierre was 18 at the time of her performance and recalls that playing music often comforted her when she felt alone.

Ever since, she has continued pursuing her passion for music and completed her masters in music history and her doctorate in musicology.

Today, St. Pierre is in the midst of publishing her book about Czech Republic’s politics, music and propaganda. Her inspiration came from Bedrich Smetana, a famous composer and politician, who developed a musical style that was closely associated with the country aspiring to become an independent state. St. Pierre grew an interest in this topic in a very unique way.

“While touring Europe as a violinist, I ended up in Prague, the capital of Czech Republic, and fell in love with the city,” said St. Pierre. “I wanted an excuse to go back when I was in graduate school, so I did my research on a Czech Republic topic.”

After reading her recent article in the 19th-Century Music Journal, renowned musicologist Richard Taruskin contacted St. Pierre, hoping to work with her on the topic. He noticed that her article was part of a bigger book project and wanted to collaborate, but since her book was already under contract she had to turn him down.

“I was blown away when I received an email from Richard Taruskin,” said St. Pierre. “I went to a conference and discussed with him about working on another book in the future. He wrote the main musicology textbook singlehandedly so I was truly starstruck when we met.”

Not only is St. Pierre an accomplished violinist and musicologist, she is also a professor in the SAGES department for a seminar entitled “A History of Noise: Music and Politics from Beethoven to Jimi Hendrix.” She teaches graduate level courses in music research methods at Case Western Reserve University and is an instructor at the Cleveland Institute of Music for a course called “A History of Symphonic Literature.”

“The more outlandish it seems, the better it expands your horizons,” she said.

With her prodigious background in music, St. Pierre appreciates her position of teaching now. Even after performing at Carnegie Hall and exploring Europe in search of 19th-century music information, St. Pierre found CWRU a great place to continue her work as a world-class musicologist.

“The students [here] are wonderfully grounded and conscientious,” said St. Pierre. “Teaching for the music department is a treat.”