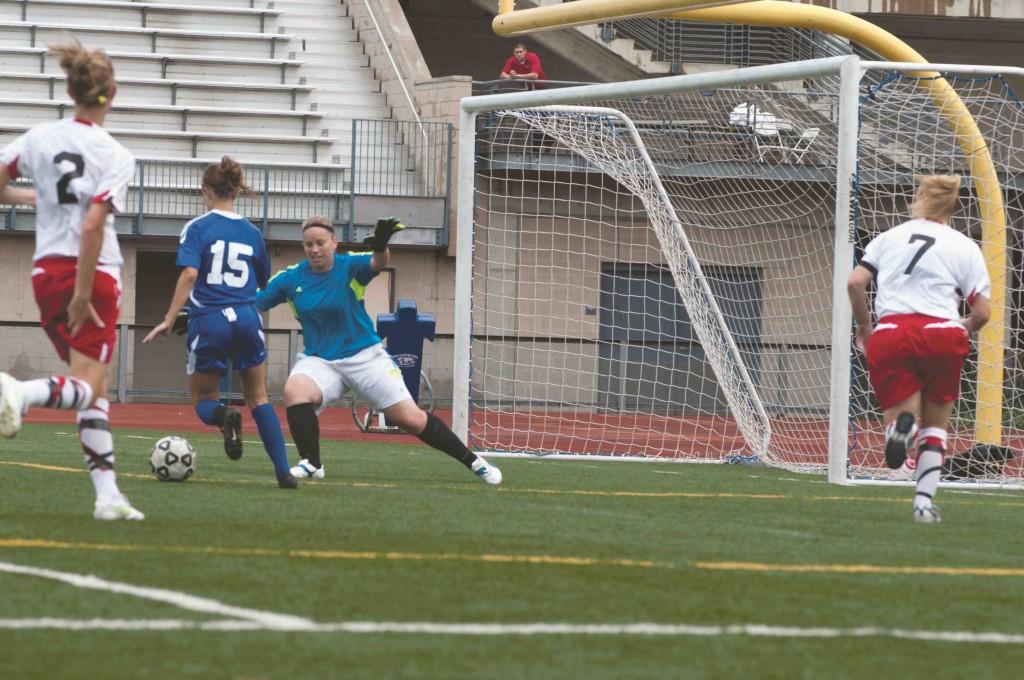 For a team that lost over half of its starters, the Case Western Reserve University women’s soccer team isn’t letting fresh blood prevent them from competing at a higher level than last season.  The Spartans opened up their season this past weekend with a win and a draw, pushing them up four spots from No. 17 to No. 13 in the National Soccer Coaches Association of American Division III poll.

The ranking, also the highest in program history, comes as the Spartans (1-0-1) jump over ONU.

The women showed they hadn’t lost a step when they traveled to Heidelberg on Aug. 31, where they opened their season with an impressive 3-0 victory.  Starting five underclassmen, including two freshmen, head coach Tiffany Crooks was hoping for the best in the opening game of the season.

Sophomore forward Jessica Sabers earned much praise this weekend as she scored three goals in the two games, two against Heidelberg, on her way to UAA Athlete of the Week honors.  Sabers, starting her first collegiate game, finished last season as the Spartans’ top freshman scorer with eight points.  The two goals actually matched her entire tally from the 2011 season.

The win also marked the beginning of a pair of new players in goal as sophomore Cameron Casson and freshman Megan Romelfanger each received a half of playing time.  Both goalkeepers made one save in the combined clean sheet.

The Spartans other goal was scored off a Student Prince own goal in the 72nd minute.

The first true test for the women came just days later when they faced off against then-No. 12 Ohio Northern (0-0-2).  The Polar Bears, who were also ranked No. 1 in the Great Lakes Region, played to a 1-1 tie against the Spartans in Ada, Ohio.  The home team got out to an early lead when Kristina Klusek slotted a goal past Casson.  Casson finished with three saves in the first half before being substituted by Romelfanger.

Sabers continued her stellar open to the season with a beautiful shot to the upper left corner in the 57th minute.  Credited with the assist was senior captain and midfielder Deena Levey.

The end of the match didn’t see any more goals as freshman Romelfanger continued playing well in her rookie campaign.  She finished with four saves in the second half and overtime periods.

The Spartans will open up their home schedule with the best ranking in school history on Sept. 8 when Great Lakes Region rival Centre College visits Case Field.  Kickoff will take place at 1 p.m.