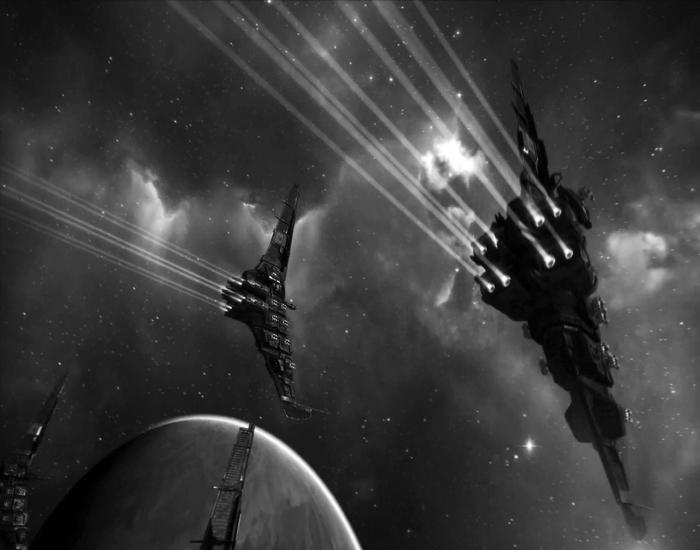 This is a love story. As with any good relationship, it has lots of conflict, a difficult learning curve, and endless hours of enjoyment. This love story is about a video game. In particular, “Eve Online,” the MMORPG to rule them all.

“Eve Online,” in a word (two words), is internet spaceships. Players live, fight, and trade in their space-faring vehicles. The game’s developer, Iceland-based CCP Games, recently expanded the game to allow players to exit their pods and walk around in stations. The developer is also working on a PS3 title, “Dust 514,” that will allow for massive first-person shooter battles for control of planets. The two games will be closely tied, eventually leading to a unified cross-platform universe.

As an MMORPG, “Eve Online,” known simply as “Eve” to players, is quite distinct from its cousins. Skills are trained without the player having to be online, negating the dreaded boredom of level grinding. The game is played on a single shard, with all the players on a single server. During peak hours, 20-30,000 players are online concurrently, leading to massive fleet battles pitching thousands of individuals against each other. Players are also given the ability to hold sovereignty over segments of space, creating nations unto themselves, complete with their own leadership, economy, and military.

For the new player, delving into “Eve” is a difficult task. The learning curve is steep, and the game mechanics simply too vast to grasp in a single sitting. There are no set professions or classes, and players can cross-train skills between races. The game mechanics are hard to grasp and require time and energy. This is no “Call of Duty.” There are also no rules against scamming other players; the mechanics actually encourage it.

The sheer breadth of the game is rather astounding. It is simply massive, with an equally large diversity of players, ranging from the power-hungry Russians to the trolls in GoonSwarm. It is a game that truly gives players choices, in a turn of Machiavellian self-determination. PvP is, as in any other game, the most fun aspect of the game. The joy of throwing a randomly equipped frigate at a battlecruiser with no hope of survival is frankly fantastic.

Like every game, “Eve” is in no way perfect – a fact that its ridiculously vocal players won’t let CCP forget, even staging in-game protests over certain issues. It is a game that, while difficult and unruly, cannot be overlooked. “Eve Online,” in its sheer scope and possibilities, is worth trying.