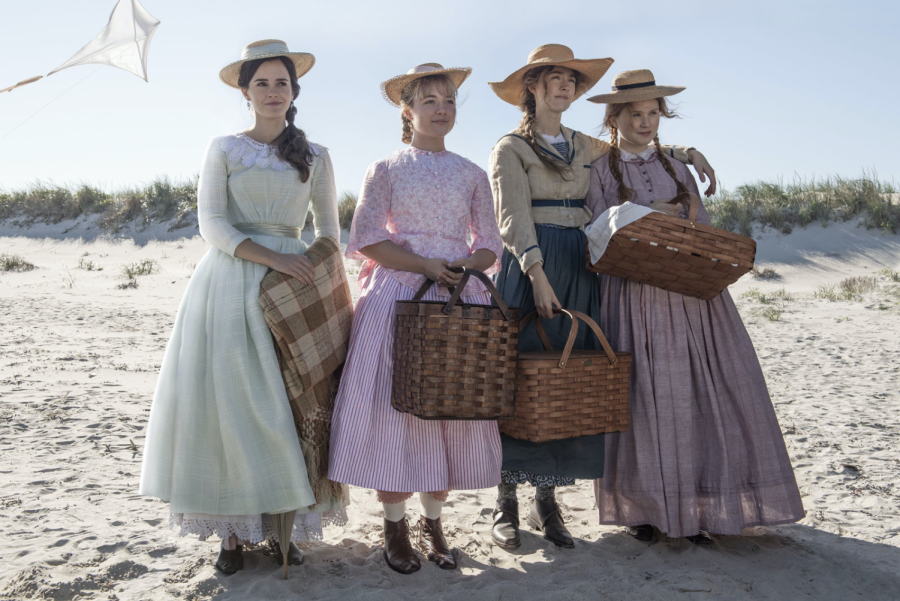 “Little Women” plays with the timeline of its source material to create an adaption of a classic that adds something new.

“So don’t sit there and tell me that marriage isn’t an economic proposition, because it is. It may not be for you but it most certainly is for me.”

With that one new line, delivered powerfully by Florence Pugh playing Amy March, one of the four March sisters who make up the titular “Little Women,” I knew this was an adaptation of the classic novel worth making.

Through the centuries, Louisa May Alcott’s classic novel “Little Women,” published in two volumes, one in 1868 and the other 1869, has been the American story of sisterhood and coming of age, as it relays the antics, turbulation, domestic life, professional work and romance of the March family, which consists of sisters Jo, Amy, Meg and Beth, along with their mother, who they affectionately call “Marmee.” The first volume takes place during the childhood of the March sisters, then flashes years forward in the second volume to show their transition to adulthood, with the two distinct parts being mostly separated, aside from the common characters.

The first noticeable change of this 2019 adaptation, directed and written by Greta Gerwig, compared to the novel or previous adaptations, such as the beloved 1994 version starring Winona Ryder, is how the film plays with the timelines. It starts out in the adulthood of the March sisters, with flashbacks delving into their childhood that explain how things ended up the way they are by the beginning of the film.

With the intertwining of the two timelines, the contrast between childhood nostalgia and adult reality is much more potent, with some scenes from the different time periods that parallel each other now directly following each other in the film.

Despite all the time jumps, however, the audience is never confused about where in time they are, due to the accomplished use of color grading and temperature, with the childhood scenes having a much brighter and warmer aura around them, amplifying the sentimental nature of those scenes when juxtaposed with the cold, blue and grimmer present.

The film is also driven by extraordinary performances from its stellar cast, especially Saoirse Ronan’s portrayal of Jo March, a tomboyish aspiring writer who strives to be independent. Ronan also collaborated with Gerwig previously in 2017’s acclaimed “Lady Bird.”

Ronan’s interactions with the rest of the cast make up the heart of the film. The talented cast was composed of stars such as Emma Watson, who played the domestic and ordinary Meg, and Timothée Chalamet as Teddy Laurence, Jo’s rich best friend and neighbor who is unrequitedly in love with her. As Jo struggles with growing up in a world that isn’t accepting of her view of being a woman, her bonds with her family and friends are what sustains her.

The most powerful addition of this 2019 adaptation, however, is how it reframes the entire story around money and power and a woman’s potential to become independent in society, making the film decidedly modern in tone, despite its period aesthetics.

The character of Amy, in particular, is more fleshed out in this adaptation. No longer just the spoiled younger sister, she is now someone who tries to find a way to pursue her passions while still dealing with the obstacles society has placed in front of her as a woman, especially as a woman without much money.

Through it all, this newest version of “Little Women” is a wonderful tribute to the original, as well as a fresh take on the themes and motifs that made the original novel so loved in the first place. This charming story of sisterhood, family and love still has a place in modern society, though its place may be changing as it transitions more into a reminder of the both past and current hurdles women face in pursuit of more power over their lives.

While Alcott may have always intended those themes to come across, Gerwig’s adaptation is the first to truly mine that material for all its worth. We can only hope Gerwig’s young career as a director continues to be as prolific.