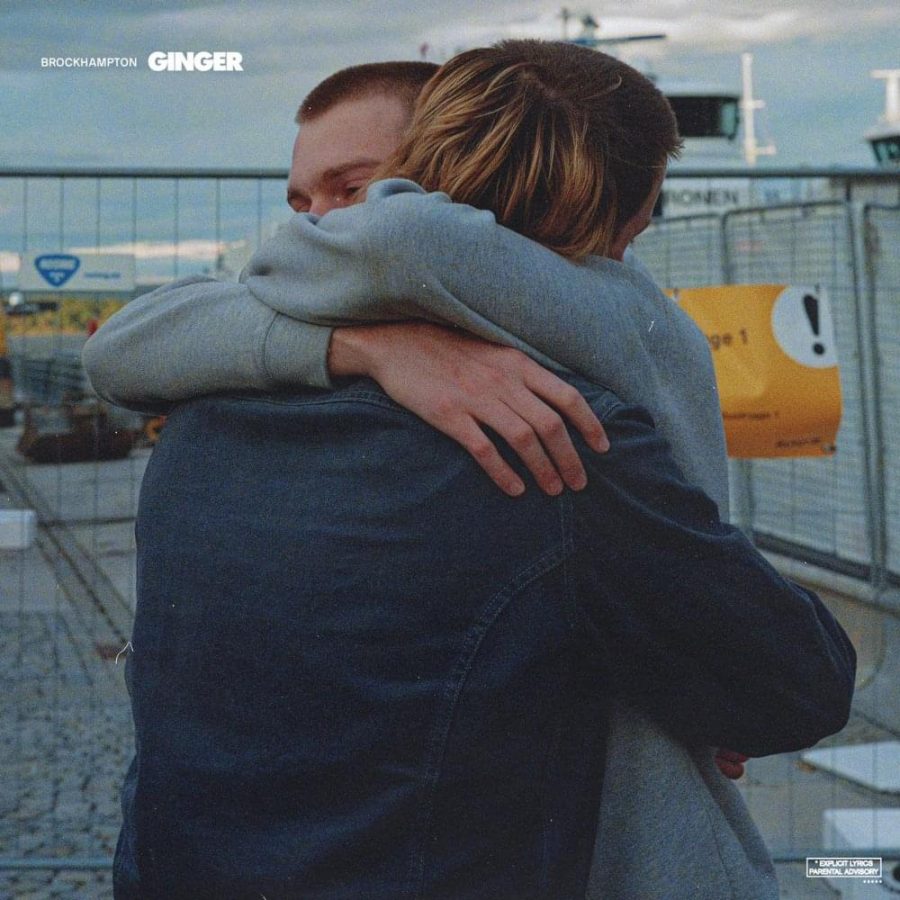 The musical ensemble BROCKHAMPTON released its latest album “GINGER” on Aug. 23, 11 months after its last album, “iridescence.” “Iridescence” came directly after the “SATURATION” trilogy, a highly-reviewed series of albums that brought in many fans.

The “SATURATION” trilogy was full of high-energy bangers and did not stray far in theme from the first album to the third. “Iridescence” had several good songs, much like those that came before, but it also included some more reflective songs that while also good, showed that BROCKHAMPTON was facing a turning point in their career following the exit of Ameer Vann, who was accused of sexual misconduct by multiple women. This caused “iridescence” to be a mess stylistically, which divided the devoted BROCKHAMPTON  fans into two groups: those that liked the new direction the band was headed, and those that did not.

“GINGER” is a continuation of the themes in “iridescence.” This album, however, is much more cohesive and flows well from one song to another. The theme is obvious from the very cover, a picture of singer JOBA and creative assistant Weston Freas hugging.

In an interview with Genius, bandleader Kevin Abstract said “We were fighting with each other, crying, and at the end of the night … It ended with us hugging each other, and it was JOBA and [Freas], just hugging.” This album is very emotional, and the lyrics deal with the depression members feel after the situation with Vann, and how faith helped some of them through it.

This album is not entirely without bangers, however. “IF YOU PRAY RIGHT” brings an intense bass-heavy beat together with some energetic vocal performances and a unique piano and horn melody to really stand out from the rest of the album. The refrain is reminiscent of BROCKHAMPTON’s “SATURATION” era and shows that they have not entirely abandoned their original sound.

Another standout song is “I BEEN BORN AGAIN.” The song starts with a hoarse whisper over a simple piano that builds into the first verse when the bass begins to thump and records begin to scratch. It is a very fun beat, one that encourages you to nod along.

It is followed by the titular song “GINGER,” a moody song that features a slow beat that gradually increases in tempo and integrates hi-hats until reaching a heavily autotuned finish. “GINGER” fades out into the next song “BIG BOY,” a more emotional song with animated vocals that bring the mood back to a more somber tone.

Overall, this album is very good. The mood is wildly different from their debut trilogy, but they transitioned very well following “iridescence,” successfully retaining the BROCKHAMPTON sound while still creating an entirely unique album.