Giving alumni a sense of pride 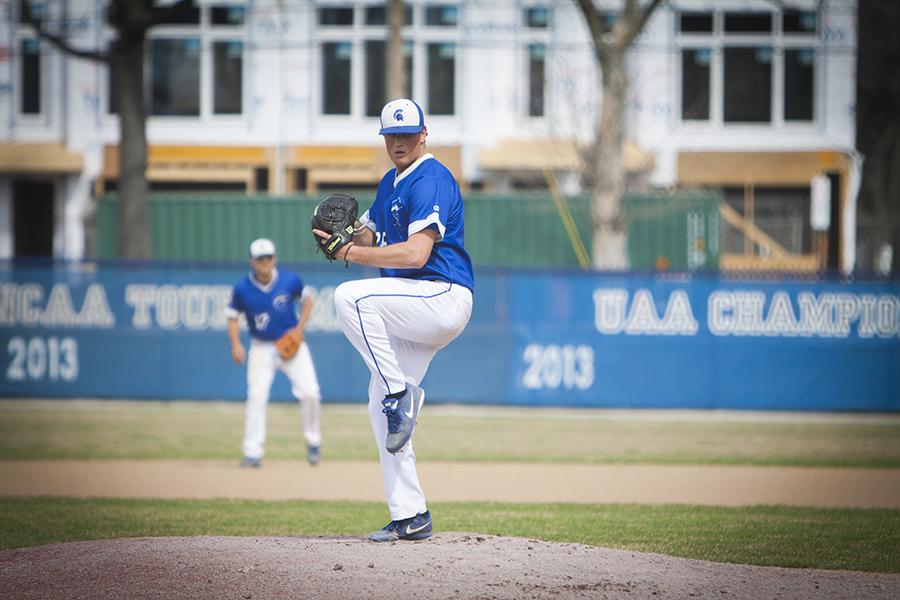 The men’s baseball team took advantage of the brief spell of beautiful weather to rush past Cleveland this weekend and sweep all four games of their home stand this weekend.

After dropping the away game against crosstown rival John Carroll University on Thursday afternoon, the Spartans exploded offensively this weekend, thriving like they have been on their home turf. The Spartans, at the time The Observer went to print, stand at 23-7 and have jumped up to a season-high national ranking of 18th. The 4-1 past week has further solidified the Spartans’ run toward a national tournament berth.

The weekend started on an early sour note, when the Spartans struggled to hold back John Carroll’s offense, as they knocked in 10 runs in eight innings. The Spartans managed only three and took the loss, dropping to 1-1 against John Carroll on the season. The Lightning jumped out to an early lead scoring six before the Spartans were able to get on the board.

The Spartans had a bit of hope when they knocked in three in the top of the seventh, but John Carroll responded swiftly scoring one in the bottom of the inning and another three in home half of the 8th. Spartan pitcher Neal Krentz picked up his first loss of the season. The Spartans will get a chance to avenge the loss in the annual Progressive Field game, when the crosstown rivals play their final game of the season at the home of the Indians.

The weekend saw a reprise of the previous weekend’s success and the Spartans again trumped their opponents this weekend scoring 29 runs while holding Washington and Jefferson College and Bethany College to a four game combined 14 runs. This weekend was alumni weekend and the Alumni had plenty of reason to be proud. The opening game of the home stand was a nail biter as the Spartans were facing their final three outs while down by a run. The Spartans’ Aaron Cain scored the saving, tying run to save and send the game into extras off an RBI swing by Andrew Frey. The Spartans got the last laugh in the bottom of the 11th, when Cain repaid the favor and knocked the winning run off a single through the left side. Connor Tagg picked up the win, pitching in relief, and John Fortunato, who pitched a full nine innings for the Spartans, received a no decision.

The second game of the day saw the Spartans excel in offense, scoring eight and only giving up two. Jordan Swisher hit a home run, Frey had two doubles and Jordan Dague found himself on third after a beautiful hit. The Spartans combined for 15 hits as Daniel Sondag picked up his first win of the season, striking out five.

Sunday saw a second round of offense as the Spartans played Bethany College.

A four-run third and a five-run fourth inning boosted the Spartans to a win in the first game which boosted starter Jake Shields to his fifth win of the season. Another strong set of back-to-back innings were all that the Spartans needed in the series closer, scoring two runs in the third and breaking open the floodgates knocking in six in the fourth, with team captain Ray Kelly picking up the win.

The Spartans were forced to cancel their game against the University of Pittsburgh-Greensburg and instead picked up a doubleheader against Oberlin, which occurred after the Observer went to print on Thursday. The Spartans have this Easter weekend off and will return to action at Allegheny on Tuesday.