Men’s soccer wins one and draws another to open season 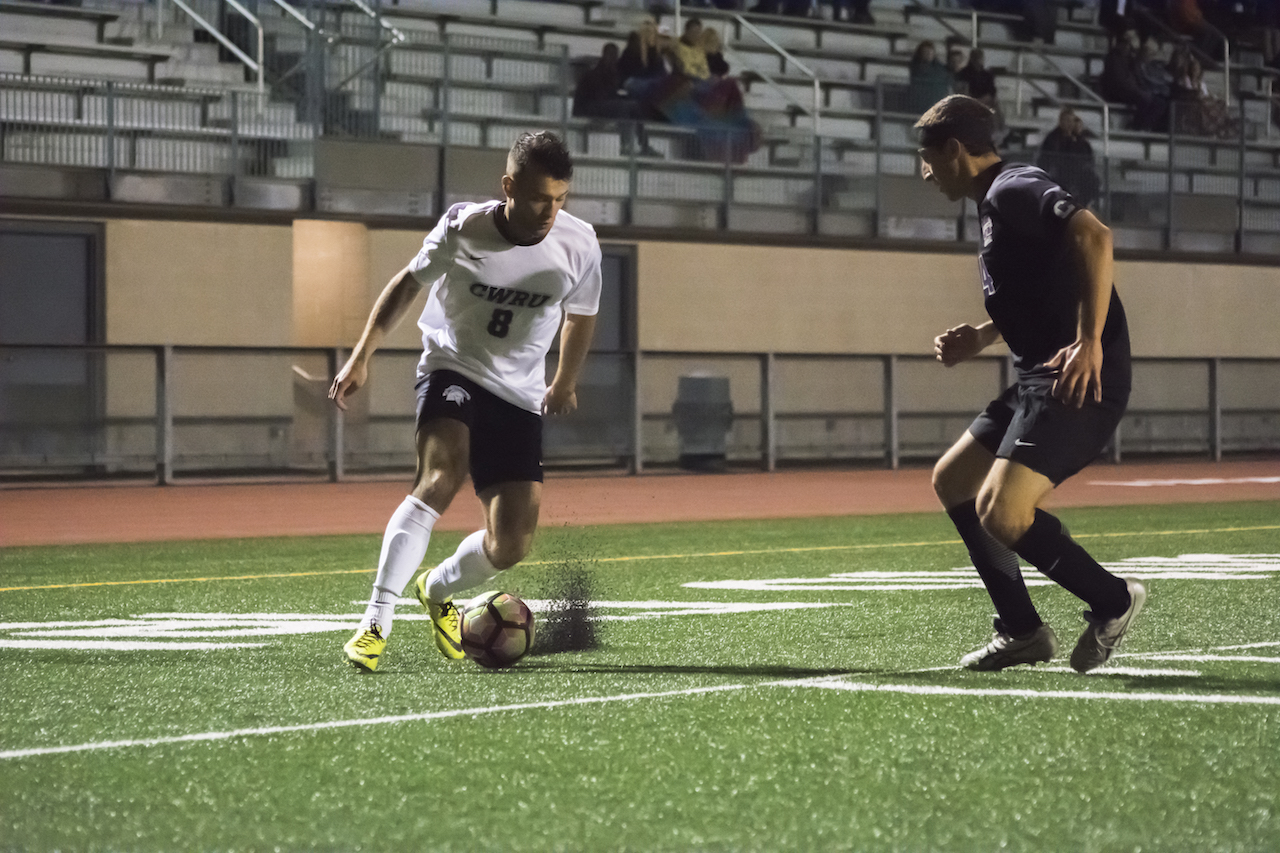 The season is now underway for the Case Western Reserve University men’s soccer team. The Spartans opened the year with a home win against the University of Mount Union Purple Raiders, then followed that win with a draw against the Depauw University Tigers. Fourth-year student Calvin Boyle locked down the net against a barrage of shots over the weekend, starting the season with an exceptionally strong showing by not allowing a single goal.

Starting the season against Mount Union has become somewhat of a tradition for CWRU. These two teams have met to kick their years off ever since the 2015 season. In each of these match-ups, the Spartans have reigned victorious, with margins of 5-0, 3-0, and now 1-0.

This year, no goal was seen for nearly the entire opening game, save for the first 49 seconds. Before even a minute of the season opener had passed, third-year defenseman Alex Besl gained control of the ball by way of a strong tackle in the opposing side of the field. According to Besl, it was at this moment that he knew to get the ball to fourth-year forward Michael Balog.

“Mike is a fast and physical guy,” Besl said. “I knew he would put it away.”

Almost as quickly as Besl first gained the ball, he passed it off to Balog. Balog only had one defender and the goalkeeper to beat. With the defender on his left and the keeper dancing in front of him, Balog dribbled the ball into the penalty area and shot the ball towards the upper left corner. In the blink of an eye, the goalkeeper was diving through the air, and the ball was hitting the back of the net. The Spartans were up 1-0, and they were barely a minute into the season. Besl put it best when he said the moment was a “great start to the season.”

For the rest of the game, neither team was able to score a single goal. In terms of shots on goal, the Raiders outpaced the Spartans, but still came up empty thanks to the expert hands of Boyle. CWRU Head Coach Brandon Bianco said he thought his team “could have been a little more opportunistic on the attacking end and take a little more risk,” but he also made sure to praise his team for creating good chances and noted that, in order to score, “you need to begin [with good chances].”

After all was said and done, the Spartans were the ones walking away with the win, and their season record improved to 1-0-0. Fresh off the win, the team was ready for the travel to DePauw in Greencastle, Indiana.

At DePauw, neither team was able to net a single goal. The game went into double overtime as a result, and eventually ended in a draw, bringing both teams to a record of 1-0-1 on the season.

Besl said some of the result seemed to feel as if it came down to just bad luck.

“We really controlled the game, but nothing was going our way,” Besl said. “DePauw had some great defenders that just seemed to be at the right place at the right time.”

Despite the draw, Bianco was proud of his team’s efforts.

“We did enough to win at DePauw and if we continue to play with the intensity we did, we will get our breaks,” Bianco said. “We’re creating chances and we need to continue to do so.”

After the winning Labor Day weekend, the team was able to be back on campus to hear the sound of jets rushing through the skies for the annual Cleveland Air Show as they looked ahead to the coming weekend, which will feature two home games against out-of-region teams.

“This is a big weekend for us,” Bianco said. “I know our group will be excited to play again at DiSanto.”

The second round of games starts this Friday, Sept. 8, as CWRU hosts the No. 2 Calvin College Knights, and then defends their home territory again on Saturday, Sept. 9 against the Brooklyn College Bulldogs.