Going back to Those Gold Soundz: I was a six-year-old Phish phan 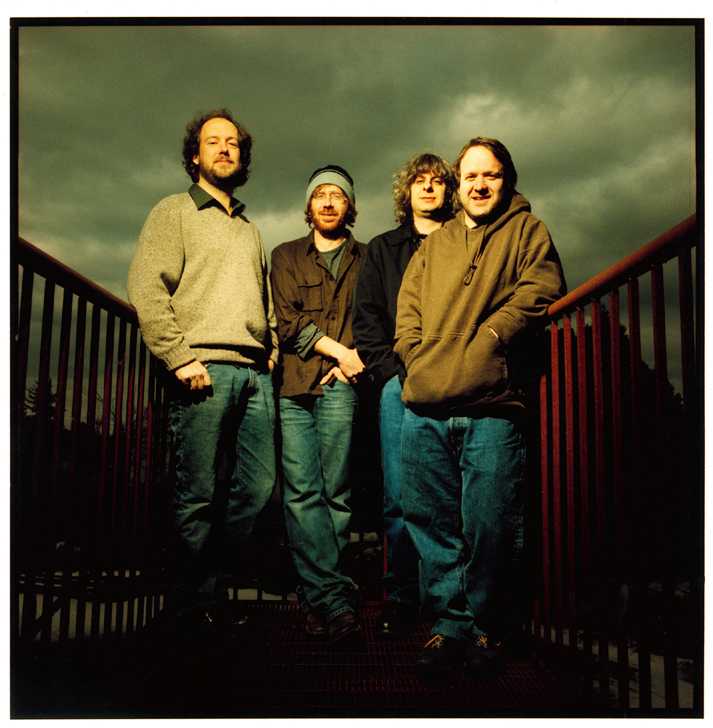 Phish, despite their proclivity to jam endlessly, are artists just as valid as anything "hip" today.

In the same song which I pulled this column’s name from, Stephen Malkmus sings, “You can never quarantine the past.” This holds true to all the *NSYNC and Britney Spears you used to listen to and might currently pretend doesn’t exist. I learned that such notions were follies, and to explain how I got there, it may be best to explain the awkward things I grew up listening to.

When I was six, a relatively typical interest in music became an all-consuming obsession when I heard Phish for the first time. Against all odds, those four perpetually stoned, Vermont born-and-raised Deadheads found resonance in my warped, six-year-old mind, and their complex, endless jams inexplicably appealed to my young ears. I soon snatched up any Phish records I could get my tiny hands on, setting up a precedent for what would soon become a lifelong habit and addiction.

Phish somehow gave way to prog-rock gluttons Emerson, Lake and Palmer which gave way to Elton John, then The Beatles, The Rolling Stones, and a bevy of music predominantly made before 1980. Since then, I’ve moved on to a host of more recent and obscure music to indulge in, but how I got there is irrelevant. What is important is that even today, I am able to switch from Grizzly Wolf Collective or whatever to something by all means “uncool” from my childhood like Jethro Tull and embrace it entirely.

Growing up, I saw the late-90s pop extravaganza from an outsider’s point of view. I knew all the songs: “Wannabe,” “MMMbop,” “Larger Than Life,” “…Baby One More Time,” but I despised them all. I was naïve at the time, undoubtedly, because while my peers were enjoying lighthearted pop fare, I was into needlessly serious twenty-minute long epic stores about armadillo tanks or something like that. In hindsight though, it all sounds quite good, and while I’d probably still prefer bloated prog to the turn-of-the-millennium bubblegum pop, I certainly wouldn’t object to the latter by any means.

Unfortunately, it seems that people will often give a knee-jerk reaction against the supposedly embarrassing music they may have grown up with. People who are now into “hip” and “sophisticated” music might rather ignore the fact that ten years ago, they were hardcore BBMak fanatics. Perhaps even more common is peoples’ tendencies to justify the fact that they used to, or still do enjoy this music solely due to nostalgia values, or worse, irony.

One way in which this frame of thought is beginning to fade away is through the acclaim and success of Lady Gaga. Gaga’s spectacle and image has transcended her standard pop fare into something that everyone seems to enjoy. Top 40 radio listeners and Pitchfork readers alike can agree that there’s something great in Gaga. Perhaps this will open the floodgates for people to look back at Gaga’s pop predecessors and view it through a more academic lens. This may just be wishful thinking on my part, though.

It was through personal experience that I was able to appreciate the fluffy pop hits of yesteryear. A close friend of mine who I discovered bands like Big Star, The Replacements, and XTC with taught me a valuable lesson about the connection between nostalgia and quality when he suddenly, and almost alarmingly began to exclusively listen to the hits of his middle school heyday. As weird as it was to go from hearing The Byrds to Hanson, though, his love for both artists became just as genuine. To his ears, Hanson grew beyond novelty and nostalgia, and he started to appreciate Hanson as a quality musical group right alongside more “serious” and respected artists like Bob Dylan and Talking Heads, a point of view that I can’t objectively argue, and see no point in doing otherwise.

This designation was inspiring for me, and I began to look back not only at the late-90’s pop hits that I used to scoff at, but also the prog-rock behemoths I turned away from in the last few years. Not needing to try and justify the often ridiculous music I used to enjoy was an enlightening idea, and it opened the doors to discover other old prog-rock groups that I might not have otherwise sought out. The culmination of this enlightenment happened just weeks ago, in a small video game store in Chicago, when my aforementioned friend, everyone else in the store, and former rock purist I spontaneously sang along, loud and proud, to The Backstreet Boys’ “Show Me the Meaning of Being Lonely.” It was almost cathartic.

So, if you used to love Limp Bizkit, 98 Degrees, or Christina Aguilera, there’s a chance that you probably still do. What you might not realize is that you probably love it with as much genuine conviction as you do whatever you listen to now. Embrace it, because yesterday’s nostalgia can still be today’s favorite song. And at the end of the day, what’s really more embarrassing: Hanson or ELP?