Going back to Those Gold Soundz: The Church of Andrew W.K. 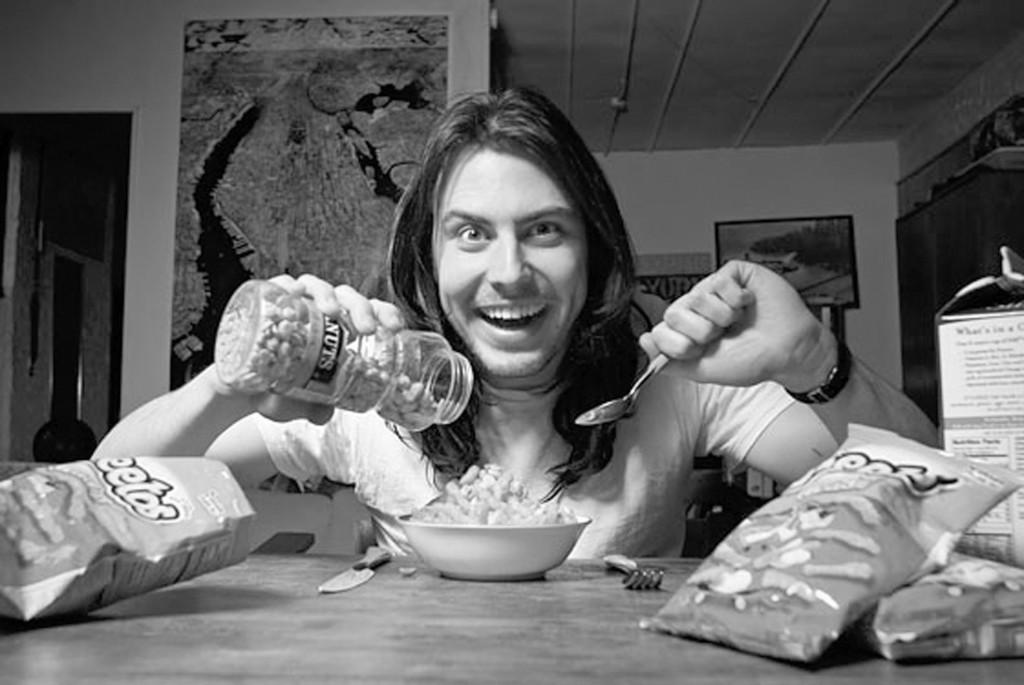 “It’s Time to Party.” “Long Live the Party.” “Party ‘Til You Puke.” “Party Party Party.” Are these the drunken manifestos of a stereotypical frat dude? Perhaps, but they also all happen to be song titles from pop-metal powerhouse Andrew W.K, a man who hopes to turn partying into a way of life for everyone, and plans to do so with a verve, passion, and love that is borderline-religious.

When Andrew W.K. burst onto the hard rock scene presumably out of nowhere around the turn of the millennium, most people took him to be a short-lived novelty with a proclivity for simple, anthemic choruses, a huge sound, and an unnatural obsession with partying. His debut, 2001’s I Get Wet, was met with severely mixed reviews, follow-up The Wolf was largely ignored, and third album Close Calls With Brick Walls was only available in Japan until earlier this year. His music is infectious, energetic, and almost impossibly fun, but it never resonated with the hip set, nor did it top the Billboard 200.

Still, Andrew W.K. has developed an extremely powerful cult following, with nearly 45,000 fans on Facebook and 75,000 followers on Twitter. And if not solely for his music, it’s because Andrew W.K. may very well be the most genuine rock star on the face of the Earth right now. And he is dead serious about partying.

His tweets may be the best way to get an idea about the Andrew W.K. philosophy. He offers daily tips on how one can easily further his party experience, like a sort of rock and roll “Bible-quote-of-the-day.” The party tips range from near-self-help mantras, like “You’re actually even more amazing than you think you are,” to the just plain weird, like “Rinse and gargle with Mountain Dew. Then spit it into a magazine and throw the whole mess in the bathtub.”

These two sides of Andrew W.K. are what constitute his immense appeal outside of his music and can be further explained and justified through some of his unorthodox ventures. As far as weirdness is concerned, he opened up a successful nightclub in downtown Manhattan, has released albums of piano improvisations based on classic cars and Gundam Wing instrumental covers, and hosts Destroy-Build-Destroy, a children’s show, on Cartoon Network. He’s worked with artists as diverse as Wolf Eyes, Lee “Scratch” Perry, and Baby Dee, once performed at the Gathering of the Juggalos, and once toured with only his piano and a string quartet.

What is impressive about all of these bizarre feats is that W.K. is never ironic about any of his ventures, and never does anything just to try and be “quirky.” His weirdness seems to be something inherent and genuine within him, a notion that goes further when looking at some of the more traditionally heartfelt things he’s done.

Andrew W.K. has posted youtube videos where he gleefully instructs fans how to play his songs on guitar and regularly hosts video conferences, answering questions from fans. He’s toured universities as a motivational speaker and once toured in a wheelchair after breaking his leg to avoid having to cancel shows. Most endearingly, he once played piano at the wake of a young fan after hearing about his death. And on a personal note, he follows me on Twitter, which always feels good in a weird way.

He’s the real deal, and he seems to completely engage himself with his fan base and practice what he preaches. With someone who is so genuine on a number of levels, whose sincerity is heartfelt and whose weirdness is unpredictable, it’s difficult not to get caught up in the near-religious fervor of his partying ideals. And do you think it’s a coincidence that he has long hair and wears all white?

So whatever your thoughts on Andrew W.K. are, whether you think he’s a one-trick pony or if you see him as the pseudo-deity that I do, I hope we can all agree that when it’s time to party, we will party hard. And there’s one man out there who wants to make that a reality for all of us.