Nominees, winners and bedlam at the Golden Globes 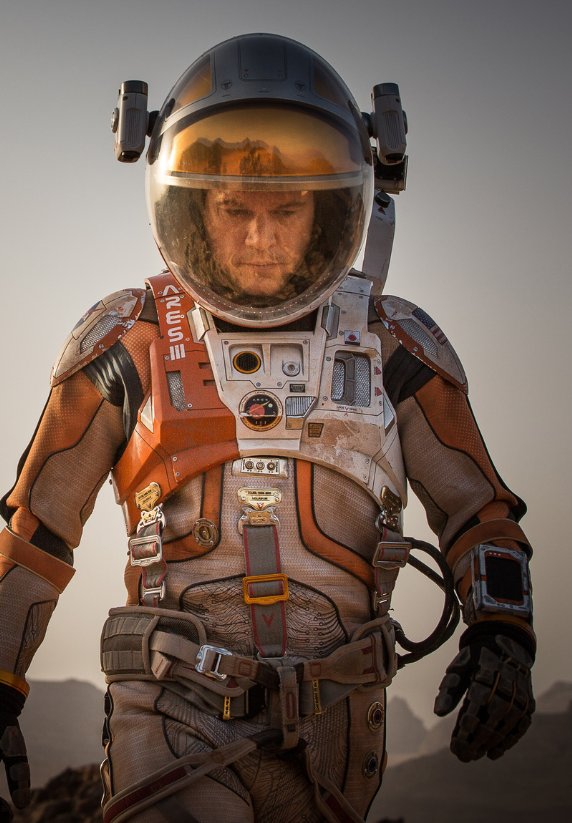 “The Martian” took home a few awards, including the Best Picture Musical or Comedy award.

The 73rd Annual Golden Globe Awards were bitingly comedic and lengthy. Celebrating the best in film and television of 2015, the Globes were hosted by veteran comedian Ricky Gervais after lending hosting duties to Tina Fey and Amy Poehler the previous two years. As usual with Gervais, all of Hollywood was the target for jokes and snarky witticisms including Caitlyn Jenner, Mel Gibson and others. However the awards proceeded quickly, as television and film awards were now intermixed and given in nonlinear order.

Shows that had multiple nominations included “Fargo,” “Mr. Robot” and “Wolf Hall.” The award for Best Miniseries or Television Film went to “Wolf Hall,” while overall Best Television Drama Series went to “Mr. Robot,” which was followed up by the Best Musical or Comedy Series win for “Mozart in the Jungle.”

For performance awards, Jon Hamm of “Mad Men” and Taraji P. Henson from “Empire” won the top drama awards, while Gael García Bernal of “Mozart in the Jungle” and Rachel Bloom from hit “Crazy Ex-Girlfriend” also got the top Musical or Comedy acting awards. Oscar Isaac won a performance award for his miniseries “Show Me a Hero” and Lady Gaga received the top miniseries award for her acting in “American Horror Story: Hotel.” Actors Christian Slater and Maura Tierney received wins for their supporting turns on “Mr. Robot” and “The Affair,” respectively.

On the film side, films such as “Carol,” “The Big Short,” and “Room” were nominated multiple times. For Best Animated Film, “Inside Out” took the top prize against steep competition from “Anomalisa,” a more adult-oriented animated film. Best Foreign Film went to Hungarian holocaust drama “Son of Saul” as expected.

As the night went on, Alejandro González Iñárritu won Best Director for “The Revenant” and Aaron Sorkin followed suit with his Best Screenplay win for “Steve Jobs.” Joyously, 40 years since his last appearance as a nominee at the Globes, Sylvester Stallone won the award for Best Supporting Actor for his seventh turn as iconic film character Rocky Balboa in the spin-off “Creed” and was met with a standing ovation. Leonardo DiCaprio also received an ovation following his deserved Best Drama Actor win for “The Revenant” and Denzel Washington after receiving the honorary Cecil B. DeMille Award for his extensive body of work.

Kate Winslet, who received the first award of the night, was named Best Supporting Actress for her role as Joanna Hoffman in “Steve Jobs.” Nearing the end of the night, and accompanied by a number of edgy jokes from Ricky Gervais, Brie Larson was named Best Drama Actress for her performance in “Room,” where she also thanked her co-star, Jacob Tremblay, stating that he is half of the award that she received. Jennifer Lawrence was definitely joyful after receiving the award for Best Comedy Actress for her performance in “Joy,” and Matt Damon followed suit with his win for Best Comedy Actor in “The Martian.”

By the end of the night, two categories remained: Best Motion Picture—Musical or Comedy and Best Motion Picture—Drama. “The Martian” took home the award for Best Picture—Musical or Comedy. While its designation as a comedy may be contested by some, it was still a well-deserved win. At the end, it was “The Revenant” that took home the award for Best Picture—Drama, some saying that it was deserved, some still believing that the win should have gone to favorite “Spotlight” or the genre outlier “Mad Max: Fury Road.” Regardless, that was definitely a hard category to decide.

Overall, this was a relatively predictable, although at-times curve balling show, with the hosting duties of Ricky Gervais being the highlight of the whole show. This awards season still contains the BAFTAs and the Oscars, which will surely be entertaining and exciting to see.