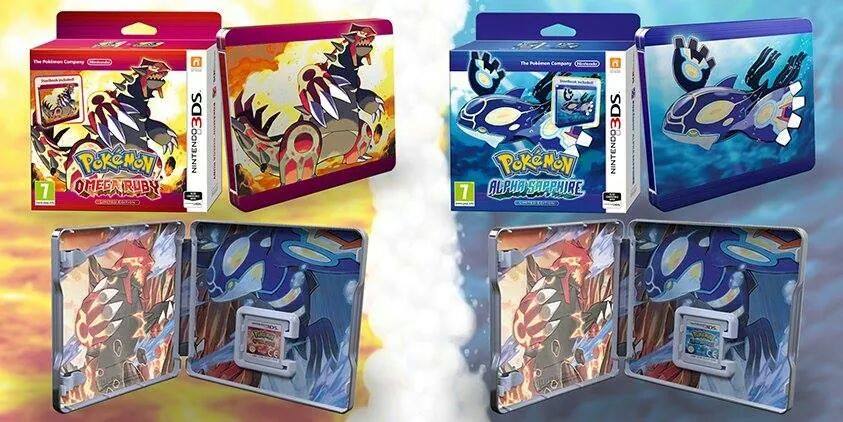 The latest Pokémon game plays off of previous conventions, but adds in never- before-seen features, like wild Pokémon detection tools.

For years rumors of the supposed remakes of the acclaimed “Pokémon Ruby and Sapphire” versions circled the Internet, especially after the remakes of the original two Pokémon generations came out for the Game Boy Advance and Nintendo DS. Then, earlier this very year, Nintendo finally announced “Pokémon Omega Ruby and Alpha Sapphire” for the Nintendo 3DS. The region of Hoenn was to appear again, in the newest Pokemon remake.

Hoenn Confirmed. How different it feels now to finally say these words out of joy rather than out of hope.

It’s clear from the onset of playing “Pokémon Omega Ruby and Alpha Sapphire” that Game Freak was well aware of this Internet meme, as callbacks to the original “Ruby and Sapphire” are abundant throughout the games, and not just in the fact that they are remakes themselves.

The introductory “Welcome to the World of Pokémon” screen features the protagonist looking at a recording of the region’s professor. This bit uses the same graphical style as the original games’ welcoming screen; the Pokédex itself looks like an older Game Boy Advance system and the new DexNav (a tool used to hunt Pokemon) uses backgrounds with the same sprite art style as the original titles.

Additionally, the games feature an abundance of trumpets throughout the soundtrack as a homage to the trumpet-filled “Ruby and Sapphire” soundtrack.

Like other games in the Pokémon series, the game retains the same basic RPG-style gameplay of capturing and battling wild creatures. This comes along with the updates in gameplay introduced in “Pokémon X and Y” such as new online features, the Fairy type and Mega Evolutions.

The variety of Pokémon found in “Omega Ruby and Alpha Sapphire” is similar to the variety of Pokémon found in the original games, with some additional Pokémon that were introduced later in the series, such as Gallade, an alternative evolution introduced in “Pokémon Diamond and Pearl.” In addition, some new Mega Evolved Pokémon not featured in “X and Y” can be found in the reimagined Hoenn region this game is set in.

The story, likewise, is quite similar, with the player going out on a journey to beat all the Gym Leaders and become the Pokémon League Champion, thwarting Team Magma in “Omega Ruby” or Team Aqua in “Alpha Sapphire” along the way. Though the story is quite similar, the writing changed significantly from the original version, with more memorable characters and dialogue throughout.

The 3-D art style also allows for a significantly larger conveyance than 2-D sprites, and as such, the cutscenes, character animations and overall scenery is rich and amazing to see, especially for an old player of the original “Ruby and Sapphire.”

One of the more anticipated returning features is Pokémon Contests. These Pokémon talent shows have a Japanese pop-idol feel this time around, which makes it all seem more modern and updated. The player is literally and figuratively taken under the wing of number-one contest star Lisia and her Altaria, Ali.

Lisia is absolutely adorable, but perhaps the best part of contests is undoubtedly the Cosplay Pikachu receives after winning a contest. This special Pikachu can be dressed up in one of five outfits: a rock star outfit, a pop star outfit, an adorable dress, a PhD outfit or a wrestling outfit, and excels at whatever contest it’s put in.

The game is not entirely a retread of its predecessor, however. In addition to the aforementioned gameplay additions brought over from “X and Y,” “Omega Ruby and Alpha Sapphire” feature an updated PokéNav, with four new features: most notably the older-styled DexNav and the AreaNav, a handy map with several search functions that can be displayed on the bottom screen.

Secret Bases can now be accessed by friends, and can be even set up like mini-gyms. Additionally, Mauville City has been completely redesigned, now resembling a large shopping mall with a central courtyard.

Finally, the game features an all-new postgame, with a feature allowing players to collect almost every Legendary Pokémon in the series thus far, as well as a brand new story called “Delta Episode” featuring the Legendary Pokémon Rayquaza and Deoxys (which I won’t talk about to avoid spoilers).

Not many bad things can be said about these games. Perhaps the biggest disappointment for “Omega Ruby and Alpha Sapphire” is the lack of trainer customization introduced in “X and Y,” especially when you consider the focus on exchanging secret bases.

Bottom line, if you were a fan of the original games, you will feel right at home playing this game. If you are a new player, and enjoyed the likes of “X and Y,” “Omega Ruby and Alpha Sapphire” will not disappoint.

Pokéfans will have dozens, if not hundreds of hours of content to keep themselves busy, and those into the more competitive side of Pokémon battling will find several handy features introduced later in the game that provide a more accessible and transparent indication of a Pokémon’s potential.