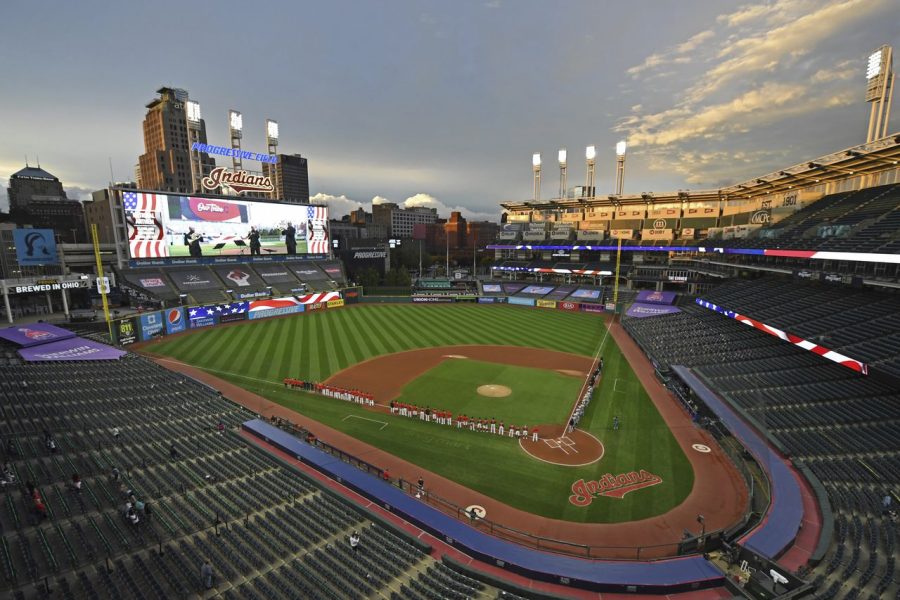 The Cleveland Indians have worked tirelessly with the MLB and the Cleveland Clinic to implement a strong COVID-19 safety plan so fans can attend games in April.

Recently, Ohio Governor Mike DeWine announced that starting in April, a limited number of fans will be allowed in the stands at sporting events. DeWine said this attendance policy will begin with professional sports teams that play their games outdoors, such as the Cleveland Indians and the Cincinnati Reds. Stadiums will be filled with fans up to 30% of capacity once their respective seasons begin in April. Slightly lower totals will be allowed for indoor sports, which will have 25% of stadium capacity for fans.

The first step in the process to allow fans to attend sporting events is for each team to have their attendance plans submitted for review to the Ohio Department of Health and to their local county or city health department. Each team will have to specify how they will keep people in their groups and how they will regulate the usage of facemasks within the stadium.

The teams that are actively preparing for their upcoming seasons include the Cleveland Indians and the Cincinnati Reds, MLB teams whose seasons start in April. Others include minor league baseball teams, such as the Akron RubberDucks, whose season starts in May, and Ohio’s MLS teams, Columbus Crew SC and FC Cincinnati.

The Cleveland Indians, especially, have been working closely not only with the MLB, but also with the Cleveland Clinic to implement a COVID-19 safety plan. One possible solution in the works would be to sell tickets to fans in groups of two to four seats to adhere to social distancing rules and stadium capacity limits. All fans would still be required to wear masks except while eating or drinking.

Teams currently in the middle of their seasons, including the Cleveland Cavaliers and the Columbus Blue Jackets, have been working diligently to address coronavirus protocols with their respective health departments to allow fans at their games. The Cavaliers recently got approval in February to increase the capacity of the Rocket Mortgage FieldHouse to 14%, or 2,720 total spectators in the arena. The increase shows that the protocols implemented were being followed and the stadium and attendees are being safe, in conjunction with the slight decline in COVID-19 cases in Ohio.

For the Cleveland Browns, the State of Ohio had slowly started increasing the number of fans in attendance over the last season. By the final home game, the Browns had 11,989 fans, which is 18% of the stadium’s total capacity. They have several months until their next season commences in the fall, so their attendance figures are up in the air and depend on how the coronavirus affects the state going forward.

According to DeWine, the current concern is the presence of an emerging variant strain of COVID-19 that is believed to be more contagious. He stated that the potential for this strain to be the dominant strain of COVID-19 by mid-March in Ohio could put a wrench in the state’s plans to allow fans.

“We think with what we know about masks and the power of masks now, plus the vaccine, that we could start at 30%,” DeWine stated. “But with only one exception, the dark cloud out there is the variant, and we don’t know how that’s going to impact it.”

At the current moment, all plans for fan attendance in accordance with guidelines will move ahead. Changes will be made based on how the ongoing pandemic affects the state.