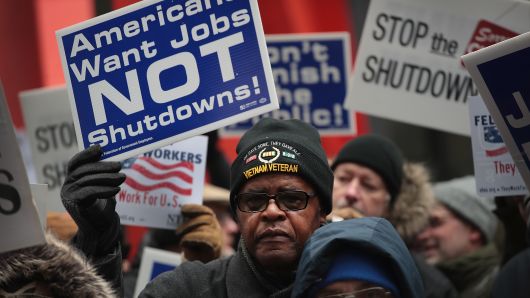 The partial government shutdown, now in its fourth week, is affecting research universities across the United States, including Case Western Reserve University. Now, professors and students who receive funding from national agencies like the National Science Foundation (NSF), the U.S. Department of Agriculture (USDA), the National Endowment for the Humanities (NEH) or NASA are having to halt their research until the new budget is approved.

Organizations like the NEH, the NSF, the USDA and NASA are hit the hardest by the government shutdown because they have not yet been funded for this year. As a result, around 800,000 federal employees are currently either working without pay or on leave, and are operating without funding for this year.

The partial government shutdown began on Dec. 21 after President Donald Trump vetoed the federal spending bill and stated that he would not approve the budget until it included provisions for a wall along the U.S.-Mexican border. Trump insisted that the budget include $5.7 billion for this wall—significantly more than the $1.6 billion allocated to border security already included in the budget.

According to a recent article published in The Daily, the National Institutes of Health took almost four months to recover from the effects of the 16 day government shutdown in 2013. The repercussions of the 2013 shutdown lead researchers and administration to worry about the long-term effects of the current shutdown, now the longest in history.

But second-year political science major Chloe Mieras worries more about the direct impact of the shutdown upon CWRU students.

“More than anything else, I worry about the students whose parents were affected by the shutdown,” Mieras said. “Students who are worried about how they’re going to afford their textbooks or their sorority or fraternity dues without help from their parents. That’s not even considering the fact that tuition is due in just a few weeks.”

As of press time, no deal had been reached to pass the federal spending bill and fund the government.