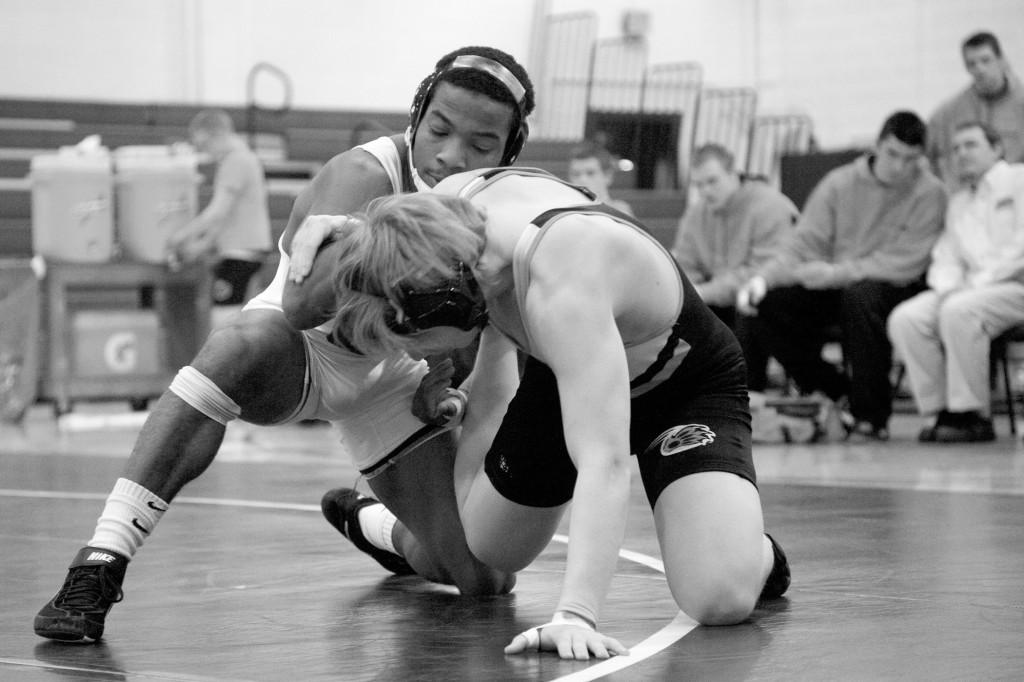 The Case Western Reserve University wrestling team lost a dual match to local rival John Carroll University by a score of 32-13 on Tuesday, Nov. 30 at the Tony DeCarlo Varsity Center.

The Spartans and the Blue Streaks clashed in eight matches on Tuesday night, but just one ended in a decision, as the rest of the bouts were one-sided.

The Blue Streaks grabbed a major decision and a 10-0 lead as John Carroll’s Greg Ryan notched a 15-2 victory with two near falls over Brian Snyder in the 141-pound weight class.

Junior Isaac Dukes scored four points for the Spartans with a 15-3 major decision versus David Malkus at 149-pounds. Dukes was on the offensive from the start, leading 4-0 after one period, and 8-1 after two. The defending national champion improved to 12-0 for the season.

Case Western Reserve’s Dylan Novisky (184) would drop his match in a major decision to the Blue Streak’s Bryan Steinmetz.

Sophomore Peter Heggs scored three more for Case with a 10-3 decision versus Alex Garred at 197-pounds. Heggs (2-5) took a 2-1 lead with a takedown midway through the first period, then built his advantage to 6-1 at the end of the first and 8-2 after two.

Junior Cale Harter scored the final points of the match with a pin of Will Porter at 4:08 of the third period. Harter (6-5) broke a 2-2 tie at the beginning of the final period then scored his fourth pin of the season.

The Spartans fall to 0-2 in dual matches this season and will return to action at the Rochester Institute of Technology Tournament on Saturday, Dec. 4. With their win, the Blue Streaks improved to 1-1.