“Grease: Live” is no match for NBC’s musicals 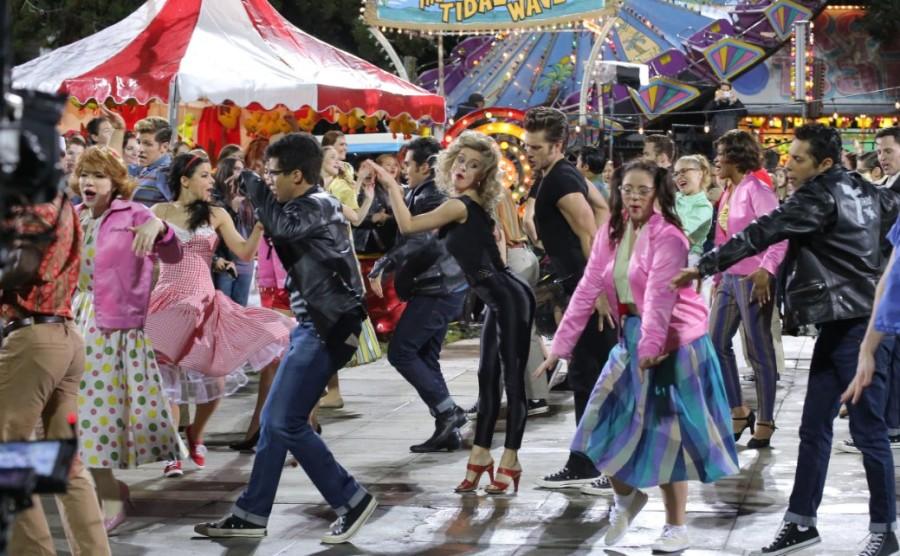 The announcement that FOX was doing a live broadcast of the classic musical “Grease” was clearly a response to NBC’s success with live musical broadcasts, especially “The Wiz.” Whether or not FOX would be a worthy opponent of NBC had yet to be seen.

Aaron Tveit and Julianne Hough played leads Danny Zuko and Sandy spectacularly, though they didn’t quite match up with the original actors. Aaron Tveit has a strong voice and is clearly talented, as his role in the movie adaptation in “Les Miserables” shows, but as Zainab Ogembe said, “Aaron Tveit just isn’t hitting those high notes like John Travolta.” Julianne Hough had the sweet innocence and voice of Sandy, but once again, there was something missing.

Out of all the performers, Vanessa Hudgens stood out the most to me. She had the attitude and voice needed to portray Rizzo, and the fact that she embodied the character so well despite her father’s recent death attests to her ability as an actress. Keke Palmer, on the other hand, left me confused. Her role felt unnecessary and it seemed like her character tried to lead the group more than Rizzo. There were times when her acting was so overly dramatic, I couldn’t help but roll my eyes. Despite this, her performance was strong and her singing was powerful as usual.

So should the performance have been three hours long, including commercials? Probably not. Did I enjoy it for the most part? Yes. Unfortunately, there were still a few problems. First of all, the live audience was a failure that I’m sure FOX regrets. There were too many moments when the live audience overpowered the singing. Which brings me to my next point: the microphones were not loud enough. The chorus, orchestra, and audience all overpowered the lead singers which really took away from the experience. This was not the only technical problem. At one point during “Born to Hand Jive” the audio was lost and the footage skipped back to “Grease Lightning.”

My overall reaction pretty much aligns with that of first year computer science major Zane Braslawsce. “I think the original was better, but I think the interpretations and things they changed were still good,” he said. “But it seemed like it was put together last minute for FOX to get more ratings than NBC”. Maybe FOX should leave the live musicals to NBC.