Merry wives and plenty of food 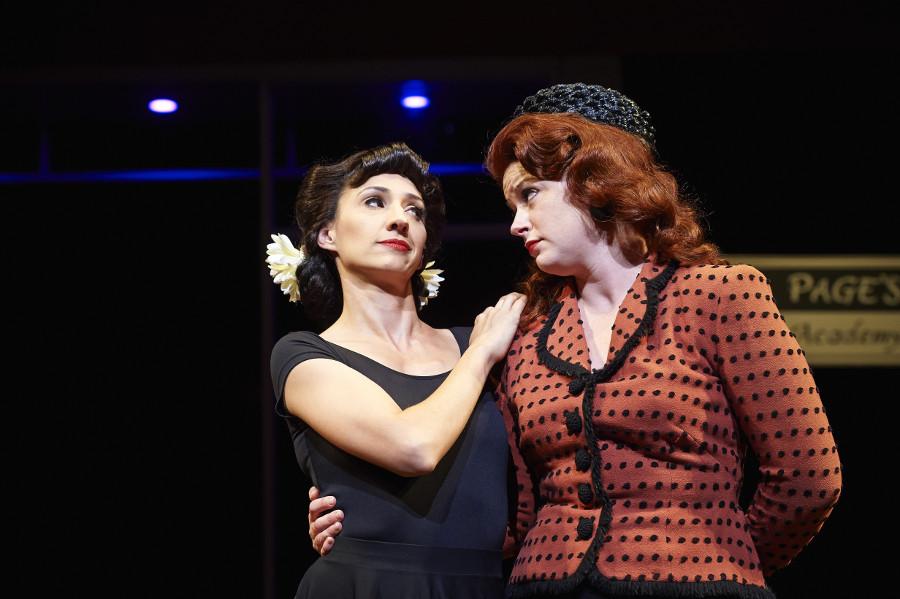 Before you head to the Hanna Theater to see “The Merry Wives of Windsor,” be sure to eat a large meal.

If you don’t, don’t expect to forget your hunger any time soon—food plays such a major role in this production that it’s almost a character in itself. Popcorn is prepared on stage, in a risque scene whipped cream is squirted on breasts and during a moment of defeat, the gluttonous Sir Falstaff pulls out a turkey leg for a snack.

Much of the food in this production, as well as much of the action, revolves around Falstaff (Aled Davies), a character rotund enough to have his own orbit. In this production, Shakespeare’s comically overweight knight is a director who has come to Windsor, Wisconsin. to shoot his next film. He’s low on money, so he devises a plan: he will seduce the two richest women in town, and they will fund his movie.

Unfortunately for Falstaff, and fortunately for the audience, the women he chooses are not flattered by his attention. Instead, they vow revenge when they receive identical love letters (written on the back of Davies’ actual headshot, found in the show’s program) and comedy ensues.

The wives are the true stars of this show. Mrs. Ford (Laura Welsh Berg) and Mrs. Page (Jodi Dominick) outwit their husbands as well as Falstaff, and are easily the cleverest characters in the play.

Mrs. Ford is the more seductive of the two, and the main object of Falstaff’s lust. Berg does a fantastic job entertaining the audience as well as the knight, and gives her housewife role a pinup girl vibe.

Dominick is also excellent as the slightly loony director of “Mrs. Page’s Dancing Academy.” The two wives have good chemistry as both collaborators and competitors, and they occasionally pinch and bicker as their pretended interest in Falstaff gets the better of them.

Although many productions of Shakespeare change the setting, this one takes modernization further. The laundry basket Falstaff hides in becomes a dumpster-like garbage can filled with food; Mr. Ford disguises himself as a film noir villain; Falstaff references Ava Gardner and B movies. Unlike in many productions, here the script has been noticeably changed in places, a move that might bother purists.

However, the changes work well for this lighthearted play, and successfully bring the Renaissance work into the American 1940s.

For an evening of laughs, food fights and fat jokes, Great Lakes Theater’s “The Merry Wives of Windsor” will not disappoint. Just don’t show up hungry.