“Grey’s Anatomy” ‘All I Want Is You’ Review: One big therapy session 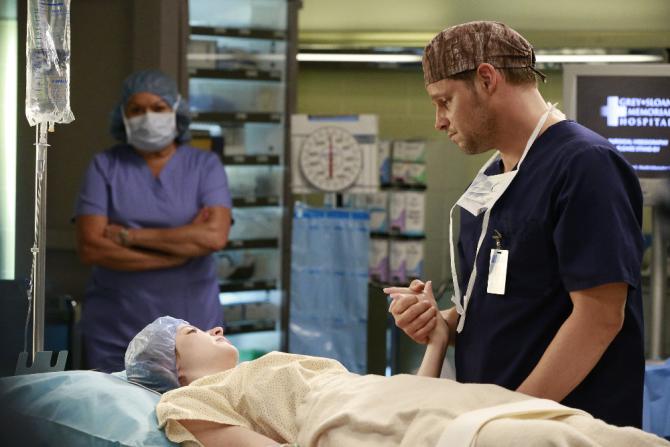 Last week’s midseason premiere centered around Meredith (Ellen Pompeo) slowly physically recovering from a brutal attack from one of her patient’s, and this week, we picked up with her trying to get her mental state and emotions together.

As is the case with almost all events in Meredith’s life, she played off the attack like it was no big deal. The vast majority of the episode was her discussing every single detail of everyone else’s lives to her therapist except her own.

Meredith has always had a hard time dealing with her emotions and how to live her life. For most of the episode, I pitied her because even with therapy she is clearly lost. Her friends have always been there for her, yet she continued to push them away. It wasn’t until the end of the episode after a series of flashbacks to previous seasons that she realized that it is her life and she now more than ever truly has control over it.

I’m excited to see how this newfound revelation will affect her and what type of person she is going to be from now on. I’m ready to see an amazing, independent doctor and woman, not the lonely, self-pitying widow we’ve been seeing for quite some time.

Aside from Meredith, the usual medical dramas on the side happened. Alex (Justin Chambers), Callie (Sara Ramirez) and Maggie (Kelly McCreary) treated a young patient with chest tumors while all dealing with personal dramas going on in their life, which as always is the case, is just unnecessary drama in their romantic lives.

One aspect of the episode I was really interested in was the animosity between Owen (Kevin McKidd) and Dr. Riggs (Martin Henderson). Owen finally admitted to Amelia (Caterina Scorsone) why he hates Dr. Riggs and that was a very important step in their relationship. What was more interesting to see though, was the moment when Owen and Dr. Riggs put aside their problems to work on a patient together.

They were so synced and in tune with one another; it was amazing to watch, especially with the dramatic music in the background. Each of them did and said the same thing at the same time, making it very clear that they trained as doctors together, and at one point were very close. Unfortunately, just as soon as the surgery was done the rivalry started up again. I would love to see their hatred progress towards friendship so they can do more of those amazing surgeries. If they were friends, they would make un unbelievable surgery duo.

All in all, this episode really dealt with everyone’s feeling and how they were dealing with them. Some of the members made progress, while others were so close, but ultimately took a step backwards. The good thing is they have all started realizing that their lives aren’t exactly normal, and hopefully this will help them all from this point on.

Airs: Thursdays at 8pm on ABC