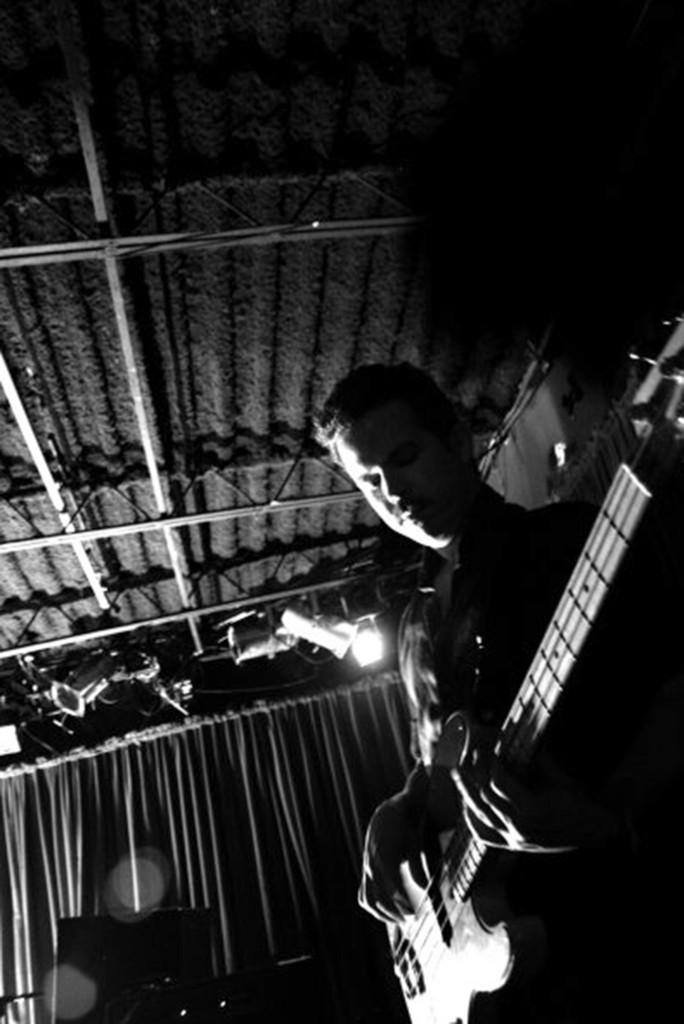 Bear in Heaven at the Grog Shop.

“You have to push every show, cross your fingers, and hope everyone shows up,” said Kathy Simkoff, who runs The Grog Shop on Coventry Rd. This weekend, The Grog Shop is celebrating its 20 year anniversary.

The Grog Shop opened in 1992 as what Simkoff refers to as a “dive bar that had bands.”

“We had a booth in the corner that was a popular hangout spot. We had a pool table that we’d push up against the wall when we had shows,” said Simkoff. At its current location on the south end of the Coventry neighborhood, The Grog Shop hosts shows almost every night. During the move in 2003, Simkoff designed the new bar with the idea in mind to host concerts more regularly.

Over the past couple of years, The Grog Shop has been hosting higher profile bands and garnering more attention. However, Simkoff says it’s still a struggle running the business. “There have been times when we have what I think is a really good band and only 15 or 20 people show,” she said. “We try to keep the music diverse. I think people who like live music and are into that indie-rock kind of thing, know we’re here. It’s the other people we need.”

So far in celebration of their 20th anniversary, the Grog Shop has hosted several bands including Minus the Bear and Alkaline Trio. On the weekend of the actual opening date, Sept. 22, the Grog Shop will feature several local bands that have played at the Grog Shop in the past and have since broken up. The concept for the 20th anniversary came from a wishlist of bands that the staff most wanted to see.  “This weekend in particular is what the heart of the club is. Without the local music scene, there would be no national music scene,” said Simkoff.

The Melvins will also be playing on Sept. 25. The Melvins are playing 51 shows consecutively across all 50 states. “I was really honored that they picked The Grog Shop to play at in all of Ohio,” said Simkoff.

As for the Grog Shop’s future, Simkoff says “People change. Neighborhoods change and new places become trendy. But at this point in my life, I can’t imagine doing anything else.”