Gus Dapperton to perform at the Grog Shop on Oct. 21 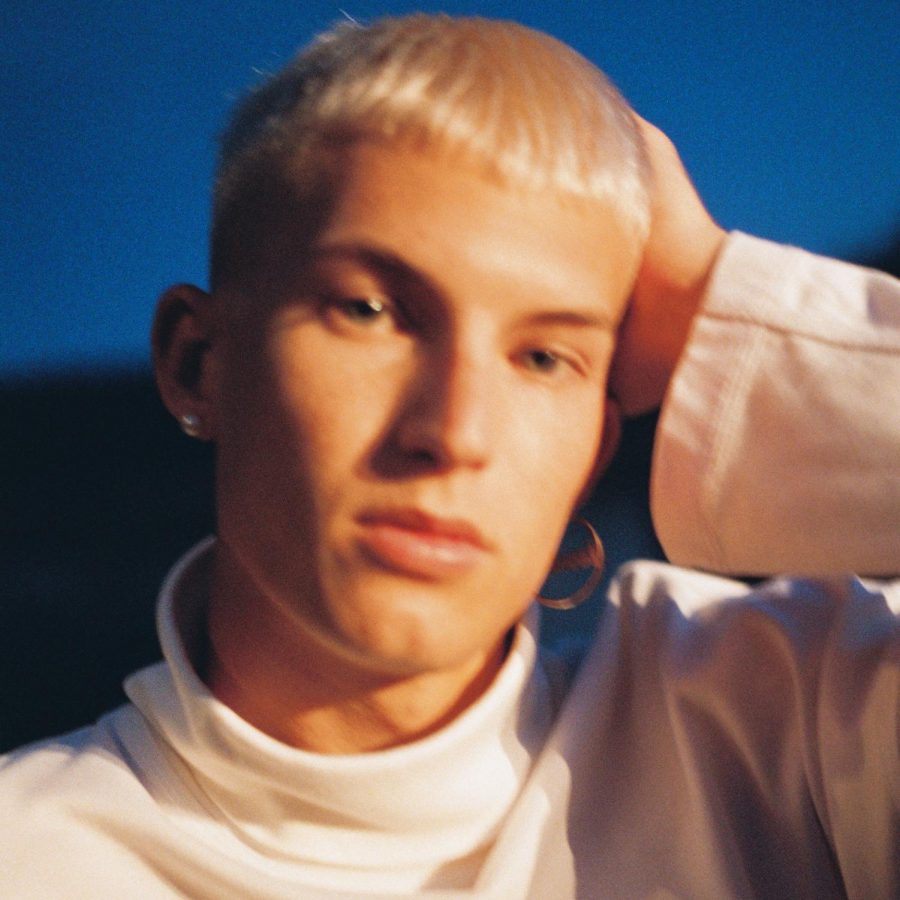 Gus Dapperton, whose music defies genres, will be performing at the Grog Shop on Oct. 21. Photo courtesy of Gus Dapperton Twitter

History tells us that everything must come to an end. Everything good and pure eventually disappears; singer-songwriter Gus Dapperton has shaved his bowl cut.

For fans of Dapperton, whose latest tour brings him to the Grog Shop on Oct. 21, the bowl cut was a big deal. A 21-year-old with a hairstyle that looks like someone placed a household dish on his head, plugged in the clippers, and went to town is difficult to ignore.

Once the fans’ gazes moved past his hair, they noticed his wardrobe. Loose turtlenecks, oversized glasses and jeans always a couple inches too short. Dapperton is a child of the ‘90s, dressed like a child in the ‘90s.

His fans come for the bowl cut, but they stay for the music. Dapperton has two EPs (extended play records) under his belt, along with a few singles. His first EP, “Yellow and Such,” intrigued listeners in 2017 with its esoteric lyrics and textured instrumentation.

Everything came together for Dapperton, who quickly assembled a fan base of listeners that appreciated his overgrown toddler aesthetic and found themselves knee-deep in the process of untangling his complex lyricism.

“Lyrics, in general, are super important to me, and double meanings and double entendre,” Dapperton said. “I try to write my lyrics with a literal meaning, a metaphorical meaning and then a secret meaning.”

Dapperton’s songs are populated with hyper-specific images and storylines, seemingly pulled from a back catalog of film characters and archetypes. According to Dapperton, a phrase or a word will randomly come to him, and a song would form around it. Other times, he’s struck by inspiration in his sleep during a dream, where he will discover a scenario too enticing to pass up.

Everything about a Dapperton song is tailor-made by the artist because he produces each of his tracks. When he was in high school, he would rip samples from hip-hop songs and create beats for his friends to rap over. He credits the hours spent tearing apart and stitching together these tracks for his appreciation for both lyrics and the creation of a unique sonic landscape.

“When I hear a song that has a phrase or a lyric that I’ve heard in plenty of other songs, it just kind of takes away from something being brand new and innovative,” he said. “I just want to sound like nothing that has ever been heard before, and I want to say things that have never been said before.”

Dapperton dropped out of Drexel University after two years. He decided that his teachers and the curriculum placed too much emphasis on how to make commercially successful music. He disliked how the school’s music program created a sense of competition among students to mimic the cutthroat music industry. He carried a different mantra: music is art and art should be made for the artist’s fulfillment. If the public chooses to embrace it, that’s simply a bonus.

It’s ironic how staunchly Dapperton has stuck to this belief considering a competition is what introduced him to his life’s passion. A required songwriting contest in his eighth-grade music class was his first experience making music. His entry was, as he describes it now, a “corny, distasteful pop song.” He wrote the lyrics, already marked by his signature wordplay, and completed the song using GarageBand. He won, and his reward was a trip to the local radio station, where they played his creation. Of course, Dapperton’s music has evolved since his days of pop.

“I hate classifying things as a genre. I like to make my music ambiguous,” he said. “Since we all live in different dimensions inside of our own heads, I think that’s how songs should be portrayed, just like a dream.”

Making music that sounds like a dream is a challenge. Dapperton has taken it on, but it requires room for experimentation. He accrued a trusted group of listeners to provide feedback on every new song, including his sister, his best friend and his girlfriend. They were the first to hear the tracks of his most recent EP, “You Think You’re A Comic!,” a collection whose production and instrumentation Dapperton describes more complex than any of his previous releases.

Everything good must come to an end, but something always sprouts up in its place. Dapperton just signed with his first label and plans on releasing a full-length album, tentatively scheduled for a January release.

As he transitions from being an independent artist to being a signed artist, Dapperton has retained his cabal of trusted first listeners as he finishes crafting his latest album. He wants to ensure that the label does not dilute his sound or rush his creative process. As he’s done from the first song he ever made and the first song of his he heard on the radio, he wants these new songs to be instantly recognizable as his.

“I work with a team of people that I love and that really support my decisions, but I’m in control of my own work and that’s not the case for most people in the music industry,” Dapperton said. “I make music for myself. If I didn’t, I would spontaneously combust.”

The Observer is partnering with the Grog Shop to give away tickets to Dapperton’s concert on social media. Follow our Facebook and Twitter feeds for a chance to win.