“Hail, Caesar” is a flawed love letter to Old Hollywood 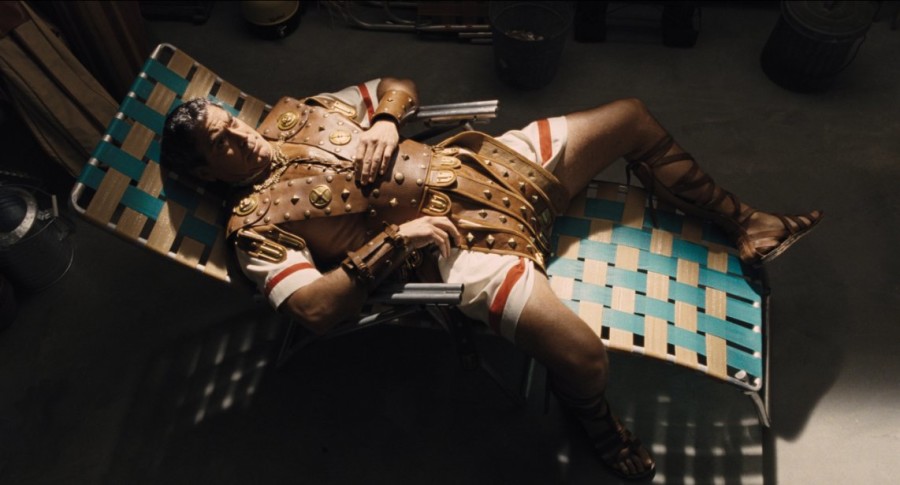 Despite beautiful cinematography and strong performances from the cast, "Hail, Caesar!" wilts due to a weak plot and undeveloped characters.

The Coen brothers have left a significant mark on the arts and entertainment industry with many films ranging from “Fargo,” “The Big Lebowski” and “No Country for Old Men” to name a few of their more influential and noteworthy projects. With their latest release, they return with a lighter, goofier romp, something that the Coen brothers are known for due to their constant genre mashing and experimentation. Whether or not audiences will take to this odd look at Old Hollywood has yet to be seen, as the film “Hail, Caesar!” is an odd film to try to understand.

The film centers on studio executive and “fixer” Eddie Mannix (Josh Brolin), the head of the fictional Capitol Pictures, a studio loosely based on Metro-Goldwyn-Mayer. He settles various problems caused by the studio’s stars and other personnel. Mannix is a workaholic, and it doesn’t seem that he’s too pleased with his position. And the position itself is threatened when he’s offered a tempting job at the better-paying and less stressful company Lockheed.

During this time, the studio’s biggest picture is “Hail, Caesar!: A Tale of the Christ,” featuring renowned leading man Baird Whitlock (George Clooney). However, following a routine film shoot, Whitlock is drugged by conniving extras in the film and immediately kidnapped by mysterious figures who simply call themselves “The Future.”

Faced with a public relations nightmare in the wake of Whitlock’s kidnapping, Mannix attempts to deal with “The Future” while “fixing” some film stars, from a famous starlet who winds up pregnant (Scarlett Johansson), to a sub-par Western actor (Alden Ehrenreich) who is tossed out of his element when acting in a drama by a distinguished director (Ralph Fiennes), to a song and dance actor (Channing Tatum) with a few secrets of his own.

I was accompanied to the film by first-year student Aditya Kamat, a fan of the Coen brothers. He was mostly entertained, but agreed that it was a strange film. As Kamat said following the movie’s conclusion: “Well, it looked pretty beautiful, man.”

He is not wrong, as the cinematography by the legendary Roger Deakins does not fail to amaze. The film’s production design, costumes and overall feel are striking. No one can do period dramas as well as the Coen brothers.

The performances all around are also impressive, with the standout being Ehrenreich as a good-hearted but grossly imperfect actor who also shares the funniest scene in the movie with Ralph Fiennes as they attempt to get a single take right.

The praise from Kamat stops here. “There was no plot in this movie really,” said Kamat. “Everything just happens because stuff happens and there is no conclusion either.”

I can’t disagree with him for the most part. The main plot regarding communists and “The Future” does not really go anywhere meaningful, while the other storylines tend to outshine the main plot. Mannix’s Lockheed decision is also rather underdeveloped, as is the use of Tilda Swinton as identical twin gossip columnists. The writing is sharp and the humor is done well, so it almost makes up for shoddy character development and a bare plot.

Overall, in pieces, “Hail, Caesar!” is a lot of fun, but this is not supposed to be a series of short sketches; it’s supposed to be a full-length film. The star actors are used sparingly (especially Jonah Hill, who is completely sidelined), so don’t expect to see a lot of them. In the end, the film is well done in some aspects, but falters on an area that the Coens should be masters of by now. You may leave the theater wanting a bit more in the way of story, characters and coherence.