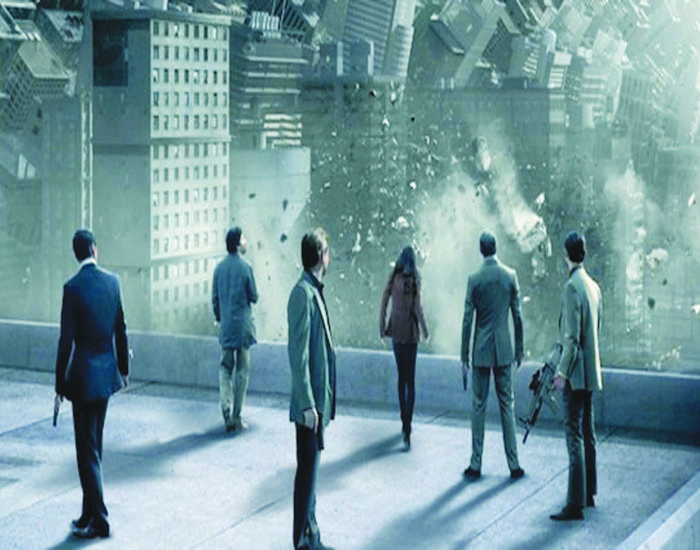 Today is my 54th day here in London, England. The may not sound very significant, but it is when I tell you that I’ve counted, yes, each and every day, and that I’ve got 110 days total in my abroad adventure. So 54 days is – get this, CWRU math skills – one day away from being halfway through my time here.

I think this is a rather significant day, and I’m going to tell you why. The halfway point is a critical evaluation point for just about anything. That’s basically what a midlife crisis is, people realizing what their life has become, halfway through. So halfway through my semester abroad, I must evaluate.

Studying abroad is like an amalgamation of bipolar disorder and “Inception.” As if life isn’t confusing enough with its endless choices, we’re usually faced with generalized A and B options. It’s often hard to describe what A and B actually are, but I’m sure most of you understand what I mean by it. I think sometimes it’s harder to make a choice between two possibilities than a dozen. When studying abroad, it’s easy to choose where to go out of a dozen universities, but the decision to go itself is much more difficult. It’s not one of those things where you just say “Why not?” one weekend, and just hop on a plane the next. It takes time and preparation; you have to figure out your schedule, see if you can graduate on time, make sure your classes transfer. So before we even get on that plane we have to make the decision whether to go at all.

Everyone wants to study abroad to learn about culture, meet new people, and take advantage of the non-21 drinking age, but there are side effects. You’re essentially away from everyone you know and are used to, adapting can be tough, and homesickness isn’t the same as when you entered college. Being abroad could even mess up your graduation “track.” These could all be legitimate reasons to not study abroad.

The second part is the “Inception” – like from the movie, not the dictionary definition. I relate the movie quite loosely actually, but everyone while studying abroad is also trying to travel. I mean, it is practical: you’re significantly closer to all the other European countries than you would have been at home. This makes it easier and cheaper to visit these places. This also makes the whole study abroad experience rather expensive.

Everyone tells you when you study abroad that you’d better be ready to empty your bank account. I didn’t think they were serious, but by my halfway point I’ve begun to understand what they meant. I’m here in London, one of the most expensive cities in the world. The exchange rate for the U.S. dollar to the British pound is about 1.57:1. This might not seem like much, but items here cost the same before conversion, and the money adds up.

You will never have enough money when you’re abroad. While you’ve been watching the slow decline of your funds, everyone around you is meticulously planning out which European vacation hotspots they want to visit each week. Obviously you should go to some, but trying to see all of Europe in a semester is just plain stupid. Traveling while traveling is the real “Inception” part. Not only do you have to minimize your luggage in order to move abroad, you now have to part your possessions again and learn to pack for a trip, which is an adventure on its own. Each of these trips/mini-vacations takes another stab at your bank account, and already one that you can’t afford, but you still want to and feel obligated to, so you do it anyway.