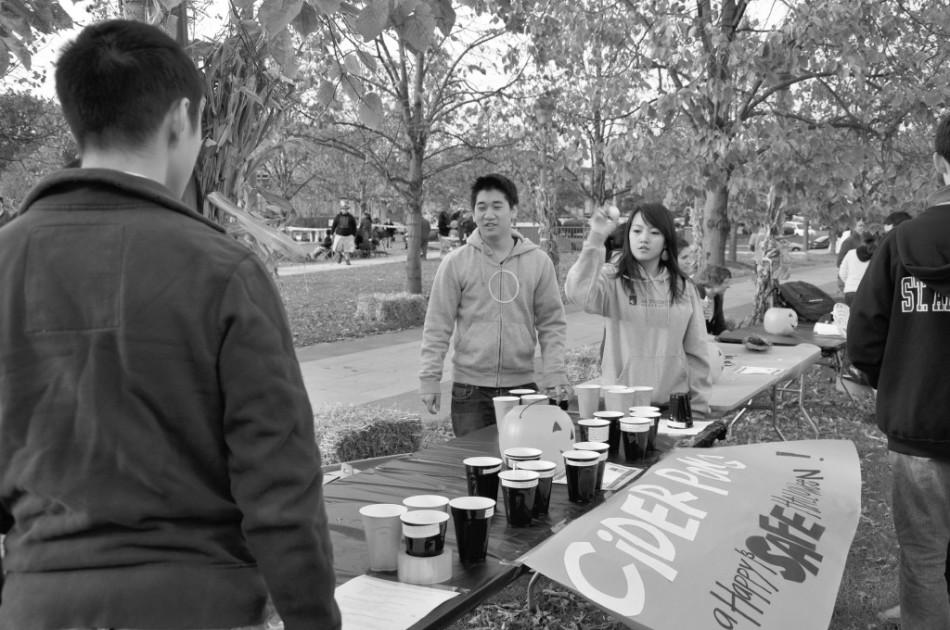 Students interact at a table at the 2010 Halloween at Home, a campus tradition which is no more.

The event, which has been a campus tradition since the early 2000s, celebrated autumn with seasonal activities like pumpkin carving and face painting, as well as food from local restaurants and booths from student groups.

COC decided to cancel Halloween at Home so that they could allocate more funding to events that fit with their organization’s objectives.

“We’re really trying to make an effort to streamline what our mission is,” said Rachel Sosnowchik, president of the class of 2016. “All the events that we plan and the traditions we do, we want them all to meet our mission.”

“We’re focusing a lot more on the class-based events that we’re doing, and try to build a class identity,” she added. “There was nothing about Halloween at Home that fit with that.”

“[The decision] is ultimately for the best, and I think we’re moving in a different direction and really focusing on how to do events that are effective and aligned with what COC needs to do,” said Sosnowchik, who co-chaired Halloween at Home last year.

Halloween at Home costs range from $8,000 to $10,000, covering the cost of renting insulated tents and seating arrangements, as well as entertainment and food.

“While I appreciate that each class will now be able to do more individually, I liked that Halloween at Home was available to all students,” said junior Liz Rossborough. “I don’t think making events more exclusive makes them more desirable. Many of my friends are in different years than I am, so splitting us up by class probably is not something that would make me more likely to attend an event.”

Although Halloween at Home was a tradition for the university, Sosnowchik hopes that students will funnel their enthusiasm and spirit into Homecoming Week.

“Just because it’s something we’ve done for a while doesn’t mean that we need to keep doing it for that reason,” she said. “Even if it’s going to be weird for the next couple of years not having [Halloween at Home], eventually, everyone is going to cycle through and get over it.”