Hatcher: The one where she thanked The Observer 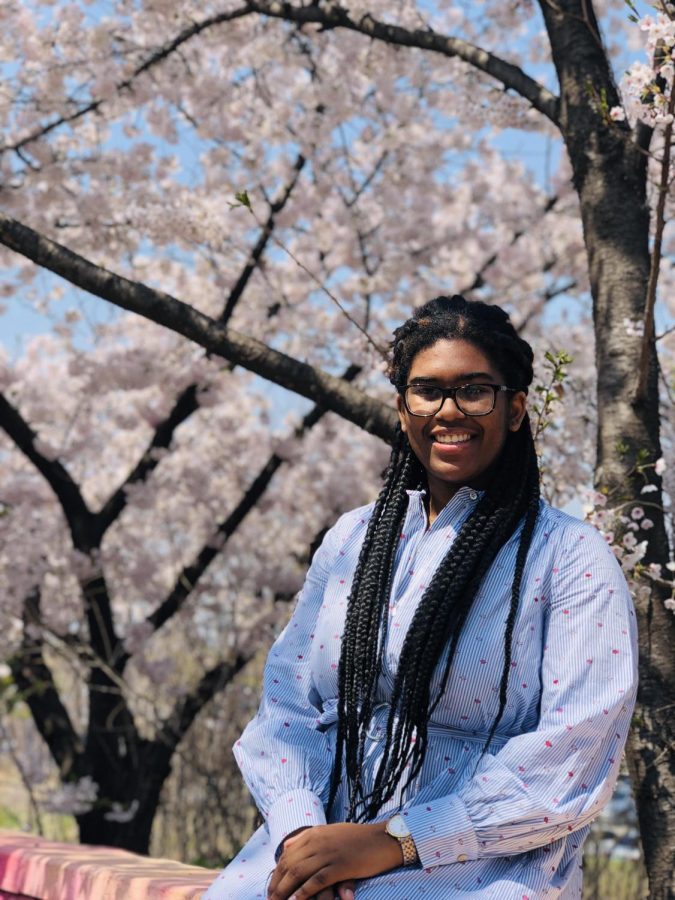 As I sit here trying to find the words to describe what it’s been like writing for The Observer for the past semester, I hate to admit that all the ones that come to mind are cheesy cliches. Maybe I’ve finally hit that point in my life where the cliches we always hated hearing are coming true. Maturity, is that you? Actually, I think it also has to do with the fact that my quarter-life crisis came to me three years early. Yet, to say that my time writing for the Observer has been anything short of amazing or one of the best parts of my college experience would be a lie, and us reporters here at Case Western Reserve University do not contribute to the fake news media.

Although I didn’t start writing for the Observer until the very last semester of my senior year, writing for the paper had been on my mind for quite some time. I was previously a self-proclaimed “hater of writing,” then I took an online class in communications with a focus in journalism the summer between my sophomore and junior year of college. That’s where I began to realize that maybe, just maybe, journalism could be something that I could get into. However, as most stories go, writing wasn’t my main priority, and junior year pushed it to the back burner.

Then suddenly, I found myself itching to write. I found myself looking for elective classes to take to finish off my Arts & Science requirements, and I remembered a friend of mine mentioning that CWRU had a really good English department. Next thing you know, I’m sitting in Jim Sheeler’s Magazine and Feature Writing class. Like a twist of fate, that class included not only the faculty advisor for The Observer, but also the executive editor, Matt Hooke.

It was in this class where I learned what it meant to write. Not just how to plan and look for sources for a term paper, but learning how to write for yourself, an audience and how to just enjoy the art and practice of writing, in itself. I had not practiced since grade school, where we were encouraged to do creative writing.

My first journalism class at CWRU was a lot of different things. It was a class that taught me how to conduct interviews, how to craft a pitch letter and even gave me the opportunity to meet top journalists in the field. If I had to pick a favorite, I would say meeting Billboard’s K-pop columnist Jeff Benjamin was an absolute blast. Interviewing him for my final project was something I could have never imagined doing but was made possible through the power of journalism … and high speed internet.

Throughout the semester, two things in my journalism class remained constant. The first one being Matt consistently promoting writing for The Observer with an undying passion, and me always finding an excuse as to why I couldn’t write an article to hand in.

But then, I found myself in yet another journalism class during my final semester. This class was taught by Andrea Simakis, and wouldn’t you know it, all of my journalism friends from last semester were sitting with me in our new critic’s class. The gang was back together.

It was when we were given our second assignment of the class, the one where we had to do a restaurant review, that I knew that I had written a piece that I wanted the world to read—or, at least the CWRU community, but everything is also published online, so you never know who you might be able to reach.

Not once in my life had I ever felt such feelings of joy and accomplishment than when I submitted my piece to Simakis. In fact, I was so excited with my piece, I even let other people in the class read it—willingly. Gone was the girl who used to be shy about her opinion on paper, I was practically shoving it in my classmates’ faces.

That was the moment when I knew I had the piece I wanted to submit to Matt to publish in The Observer.

And the rest, as they say, is history.

I’m just kidding, it didn’t stop with just that one article. Yet, that was the spark that lit a fire under me to write, report and critically critique arts and entertainment in a way I never thought I had in me. In fact, if I’m being honest, finding my little creative nook while writing for The Observer over the past three to four months has been one of the best experiences I’ve had during my time at CWRU.

To me, The Observer has been a place where I got to share my voice, my opinion, and most importantly, my story. Never in a million years did I think I’d pitch a story to Matt, while attending a play for our class, about my idea to review dating apps, or suddenly being asked to explain what it’s like to have your senior year taken away from you by a virus, or even documenting and reviewing my first Valentine’s Day celebration with someone special.

So, what’s it like to write for the Observer?

If I had to answer that now, I’d say it’s a chance to feel alive. In every sense of the word. The jitters of giving your first pitch to your section editor. Watching it go through three rounds of editing. And finally, seeing your byline for the first time on print. I’ll never forget seeing mine, on Valentine’s Day at BurgerIM. Even though I had written the words myself and knew the article was being printed, I still couldn’t believe my eyes. Happy tears were shed in that booth.

So, as my journalism career at the Observer draws to a close, I’d like to offer up my sincerest thank yous to everyone who made writing for The Observer possible. To my section editors, Yvonne Pan and Jordan Reif, thank you for taking my first drafts and turning them into something readable and in correct AP style. Writing for Arts & Entertainment and Opinion has been a fun challenge and has allowed me to be in the know about so many different things that are going on all over.

A big thank you to all of the different copy and final editors, who make sure that everything is fact checked and ready to face the public. Our Director of Business Operations, Sarah Parr, who first introduced me to the Arts & Entertainment section over a year ago. To our Executive Editor, who I’m proud to call a friend, Matt Hooke, who drilled the idea of writing for the paper into my head for four months straight and not taking no for an answer.

To my journalism professors, Jim Sheeler and Andrea Simakis, for never giving up on me in class, allowing me the chance and space to grow, and for serving as people I look up to not only as writers, but also people. And last, but certainly not least, to all of my classmates and friends—especially Matt Hooke, Halle Rose and Jessica Stoner—you guys have stood alongside me from the very beginning of my journalism career here at CWRU, when I walked into Sheeler’s class for the very first time five minutes late without a clue of what I was doing. It’s been an incredible ride. Thank you for always going along with my crazy antics, bouncing ideas around with me and genuinely being great people. Venturing over to the English department to learn about this thing called journalism has been one of the best decisions I’ve ever made.

It’s been an absolute honor and a pleasure to write for The Observer and I wish I had more time to share more stories with the world through this channel. I will take with me the lessons that I’ve learned and all of the memories I’ve collected during my time here. I hope to meet you all again someday through my next byline.