HBO Max is here: What that means for CWRU students 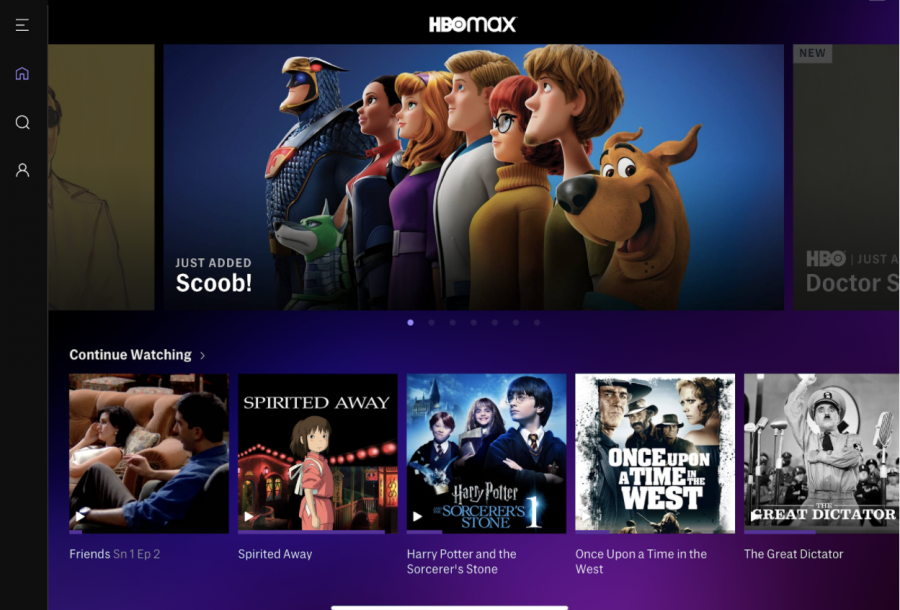 HBO Max’s content draws from a variety of sources, now all consolidated under AT&T.

Another day, another streaming service.

The media landscape was already slowly but surely shifting towards streaming as the main form of consumption. For years now, people have been cutting the cord to their cable TV subscriptions and stopped going to movie theaters, except to see the latest “Marvel” or “Star Wars” flick. Meanwhile, sites like Netflix and Hulu have emerged as the foremost platforms for media consumption, and it seems everybody wants a piece of that streaming pie, especially in a time where everyone is at home.

Every large media company seems to be launching their own streaming service, and AT&T is no exception. Since their acquisition of media company Time Warner in 2017, this titan of the telecom industry has wanted to flex their newfound media muscle and consolidate all of their assets. The streaming service HBO Max appears to be their endgame.

Netflix had previously relied on licensed content like “The Office” or “Friends” to bolster their libraries. But now, as competitors arise launching services with their own properties, such as Disney+, CBS All Access and now HBO Max, Netflix has had to shift their focus toward original content like “Stranger Things” or “The Crown.” HBO Max on the other hand is a conglomeration of numerous brands and licenses we’re familiar with, starting with the namesake HBO content, despite it not composing the majority of the content available on the platform. Instead, the service leverages AT&T, and therefore Warner Bros.’, vast archives of material, from the more modern DC Comics superhero movies to the hit “Harry Potter” and “The Lord of the Rings” movies, to classic cartoons like “Tom and Jerry” and “Looney Tunes,” to more recent Cartoon Network hits like “Regular Show” and “Adventure Time” and Adult Swim shows like “Samurai Jack”, “South Park” and “Rick and Morty”.

The way the platform truly distinguishes itself is with its film collection, making it the quintessential streaming service to have if one is interested in classic films. Cinema buffs can lose themselves in Charlie Chaplin films like “The Great Dictator,” Akira Kurosawa films like “Seven Samurai” and era-defining movies like “Rebel Without a Cause.” Some controversy has already arisen due to the presence of “Gone With the Wind” in its catalogue, due to the film’s racist depiction of slavery in the antebellum South. The film was briefly removed amidst the George Floyd protests before returning to the service’s collection with a new introduction adding context to the film.

Another media bucket HBO Max dips in is that of the Studio Ghibli films, which make their first appearance on any streaming platform. Classic Japanese animated films like “Spirited Away,” “Castle in the Sky” and “My Neighbor Totoro” are now available to be easily streamed and have been highlighted as key pieces in the catalog, a remarkable step forward in the recognition of foreign film for American audiences. Even recent Warner Bros. films like “Scoob!,” which was supposed to release in theaters in May but was thwarted by the global coronavirus pandemic, is available for streaming.

This isn’t to say there are no TV shows worth watching on the service. “Friends,” having left Netflix last year, has found its new home on HBO Max for all your ’90s drama background viewing needs. Another staple, “The Fresh Prince of Bel-Air,” also makes its streaming debut on the platform. Of course, established HBO hits in “Game of Thrones” and “The Sopranos” are also available, making the $15 a month price tag more than competitive in the present marketplace.

However, this leaves Case Western Reserve University students in an odd place. Previously, HBO had two streaming services: HBO Now, which provided all the HBO content you needed for $15 a month, and HBO Go, which provided all that same content to your devices if it was included with your internet or cable subscription. Students living on campus were previously provided HBO Go, with CWRU serving as students’ cable “provider.” However, after July 31, HBO Go will be shut down and HBO Now will be renamed to just “HBO” and provided to platforms like Amazon and Roku, where HBO Max is not available. HBO Max acts as an amalgamation of HBO Go and HBO Now, as it does have the subscription fee while also allowing cable or internet providers to grant access to its content, with the typical lineup of Comcast, Dish and of course AT&T-owned services like DirectTV all acting as providers.

However, though CWRU previously acted as a provider for HBO Go, it appears to have lost this status for HBO Max. Though students (hopefully) aren’t paying housing fees just for the HBO subscription, it’s still a lost value for students as this transition takes place. These kinds of losses are only exacerbated by the uncertainty surrounding next semester and the increasing importance of at-home entertainment services. Though a lack of HBO Max is not a dealbreaker by itself for CWRU students, we’ll all have to deal with many things that we still pay for, but no longer have access to.

Until answers become more clear on that front, it’s probably worth it to set yourself up with a trial of HBO Max and see if it’s worth it to you. And maybe you’ll fall in love with a new movie or two.