Healthcare advocate encourages students to advance health for all 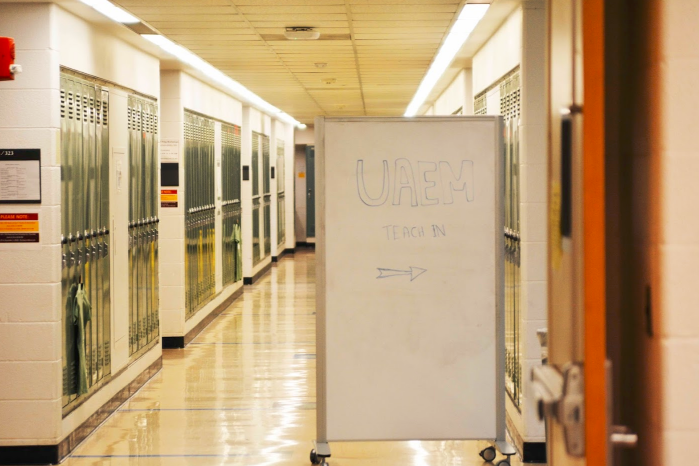 Universities Allied for Essential Medicines will host a teach-in on Nov. 8. The speaker, Alexandra Greenberg, encouraged students to make changes and advocate for affordable medicines.

On November 6, the Universities Allied for Essential Medicines (UAEM) held a teach-in at the Case Western Reserve University School of Medicine. The speaker for the day was Alexandra Greenberg, an Advocacy and Campaigns Officer for North America for the UAEM.

Right off the bat, Greenberg stated the main purpose of UAEM: to advocate for freer access to healthcare across the world. She introduced UAEM as an organization that works for the betterment of everyone, especially those who don’t have the ability to afford healthcare.

According to her, the “lack of affordable medicines” today greatly contrasted with the “increasing acceptance of the value of health as a human right.” Pharmaceutical companies keep raising prices of invaluable drugs, while at the same time people all over the world are coming to the terms with the idea that everyone deserves a chance to access them.

Greenberg said that the “failure of official institutions” has greatly “increased outrage and opposition” from people all over the world. Most recently, there have been scandals like EpiPen, where public outrage was ubiquitous. The price of the EpiPen has increased exponentially since 2007, when it was acquired by the company Mylan. To some, the price of this life-saving device has become wholly unaffordable, and some are forced to go without. As this information came to light, public outrage grew and intensified to the point where the company Mylan was forced to make some changes.

To combat this problem, UAEM advocates for access to medicine in many ways, with a few specific student chapter-led campaigns and projects. One campaign, called “Take Back Our Meds,” targets “the National Institutes of Health (NIH) … to ensure that the research they fund at universities [that] leads to a product being developed” is made accessible and affordable to patients both domestically and abroad, according to the UAEM website. Rather than a legislative change, the only thing required is a commitment to making patented drugs more affordable to those who need them.

During the talk, Greenberg said that patents are often dead-ends for innovation in America. They encourage monopolies on important inventions, and in the case of medicines, they restrict people from accessing potentially life-saving medicines. The UAEM website shows that “up to half of all new medicines are invented at universities” and then go on to be patented and made unaffordable. This affects students because they are the ones who attend these universities and, as Greenberg mentioned many times, hold much of the power to make a change in this area. “Take Back Our Meds” is asking NIH to make a change to their policies and do “the right thing.”

Greenberg emphasized that it is never too early to create change. She stressed that the founding of the UAEM began with students who pushed to make HIV drugs more affordable. Students have been an integral part of the mission of UAEM, and are still one of its strongest forces today.