Here’s how Cleveland has been combating the opioid epidemic 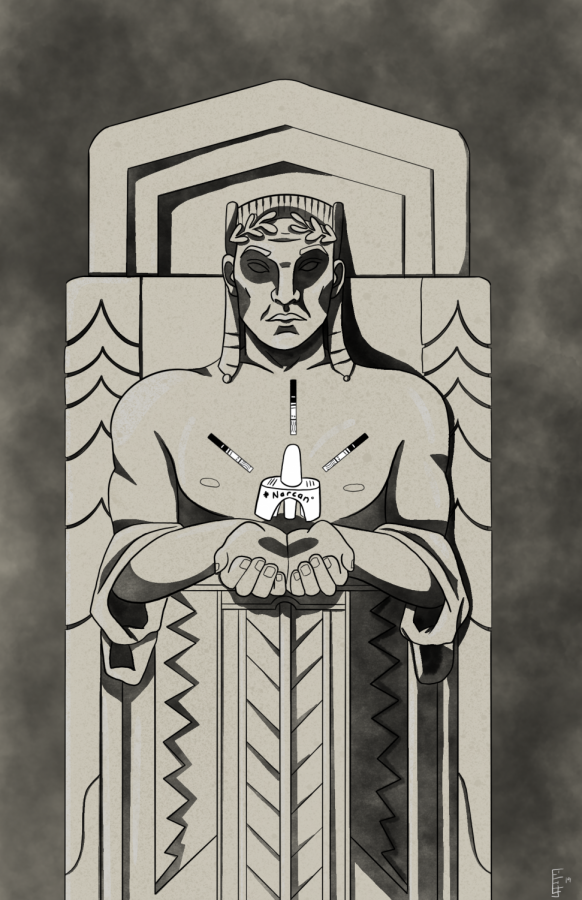 The opioid epidemic is continuing to ravage communities around Cleveland. From 2016 to 2017, more than 1,300 opioid overdose deaths occurred in Cuyahoga County. By 2018, opioid-related deaths made up approximately 80 percent of the 560 drug-linked deaths in Cleveland, a disproportionately high amount. In August of this year, the county saw a record-setting six fentanyl-related deaths within 24 hours.

Fentanyl, an opioid that is 100 times more powerful than morphine, remained the primary driving force behind these deaths. Some of those deaths also involved a little-known deadly mixture of fentanyl and cocaine.

The epidemic is more than a death toll. In Ohio alone, 90,000 children have either lived with a parent who is an opioid addict or witnessed a parent overdose on opioids. Many of these children end up in foster care and are more likely to be future victims of substance misuse themselves. Across the nation, an estimated 10.8 million Americans continue to misuse opioids, and 699,000 adolescents aged 12-17 misused opioids in 2018.

With an epidemic in full swing, here is what Cleveland has been doing to combat it.

CVS says that in-home medicine cabinets are often a source of drug misuse, especially among teens. Additionally, keeping unused prescription medications in the household put substance misusers at higher risk for drug misuse. Across Ohio, CVS has installed 53 medication disposal kiosks as part of a nationwide effort to help customers dispose of unused drugs and prevent prescription drug misuse. The company has even pledged to install more than a thousand medication disposal kiosks across the country by 2020.

So far, these bins have collected 36,000 pounds of unwanted medications in Ohio since their installation in 2018 and 1.1 million pounds nationwide.

For the stores that do not have these bins, CVS will supply free DisposeRX packets that turn unused medications into biodegradable gels starting in 2020.

In response to a spike in fentanyl/cocaine-related deaths during Memorial Day Weekend, Cuyahoga County’s Alcohol, Drug Addiction and Mental Health Services (ADAMHS) Board distributed free fentanyl test strips to health clinics, including Circle Health Services and Alliance Health Clinic. The strips are available on a walk-in basis. Health officials believe that cocaine users may be unaware that their cocaine is mixed with deadly fentanyl. With this new measure, the ADAMHS hopes to reduce the number of cocaine/fentanyl deaths.

The strips let drug users determine if their cocaine contains fentanyl. Even though these strips do not prevent drug misuse, Scott Osiecki, CEO of ADAMHS, describes these strips as “a harm reduction tool” that can “keep people alive and safe as possible.”

A user must first dip a portion of the strip in water and drug residue. If one red line appears, the drug contains fentanyl. If two red lines appear, no fentanyl is present. According to Cuyahoga County Spokeswoman Eliza Wing, law enforcement will not question individuals who request these strips. However, these strips have been met with controversy, as critics say that the strips only encourage drug users to consume more illegal drugs.

The strips are available at Circle Health Services and Alliance Health Clinics.

The U.S. Attorney’s Office for Northeastern Ohio and the Cuyahoga County Executive Office (USAO-NDOH) recently launched a billboard ad campaign in Cleveland. This campaign was targeted directly at cocaine users. In one ad, a bag of nuts accompanies overlaying text: “If this contains fentanyl, would you eat it? It doesn’t. Your cocaine might.”

On the campaign’s website, cocaine users can access a 24-hour crisis hotline, as well as faith-based support. It also contains a host of links to other resources, such as treatment services and basic information about substance abuse.

Through these ads, the USAO-NDOH hopes to raise awareness about the deadly mixture of fentanyl and cocaine and to direct cocaine users to drug addiction and crisis services.

These ads are posted in 14 locations across the city and will be up through the end of 2019.