Heather O’Keeffe: Up against the pillars of our nation, a reminder that diversity is imperative 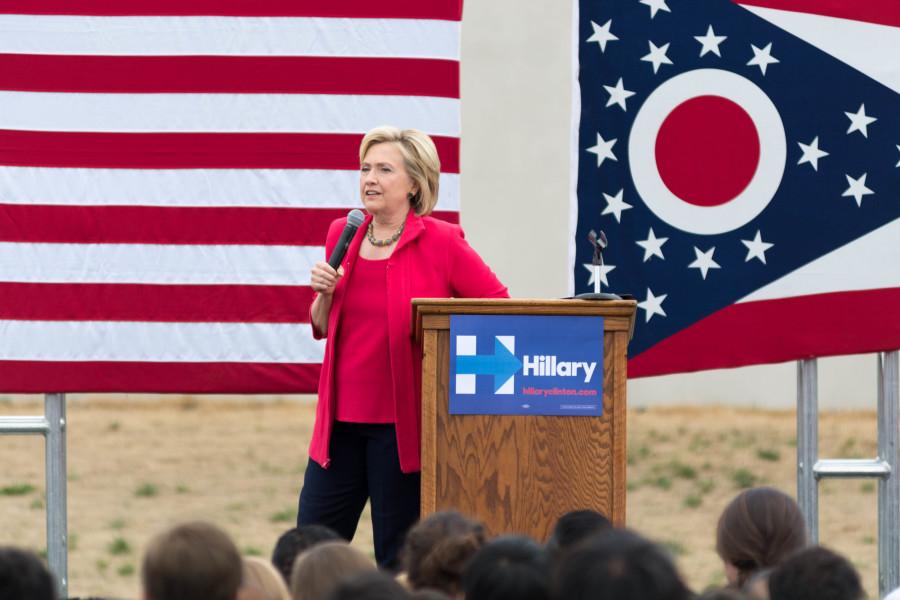 Like many students last Thursday, I saw Hillary Clinton grace Freiberger Field. My friends and I staked out a spot in the second row, happy to skip classes to see an experienced politician and accomplished woman.

I attended the event with my freshman year roommate, who is very plugged into politics and government happenings. She knows more than most about foreign policy, and, unlike many young people, leans heavily toward conservative ideologies. Thus during the long wait up to the main attraction, our inevitable conversation about Clinton’s past, present and future was well-balanced across ideologies. It was an open and respectful bipartisan conversation about a presidential candidate.

We were both better off for it: I learned the finer points of Benghazi while my ex-roommate was informed of all Planned Parenthood services. Next to witnessing American political royalty, sharing the experience with a Republican in a crowd full of Democrats was the most valuable aspect of the morning.

My experience was made richer by the presence of political diversity. A conversation with Clinton supporters and a few Sanders skeptics would not have been as valuable. It would not have challenged my thinking or kept me on my toes.

Diversity tends to have that dual effect: It enriches our experiences and challenges our thinking. It adds variety to what we know, or rather what we think we know. To rely on a cliché, variety is the spice of life.

For many of us, attending college includes our first large dose of diversity. When we leave our families, communities, hometowns and regions behind, we leave the familiar and open ourselves up to new people and new experiences.

Through developing relationships with all these people, I not only gained invaluable friendships, but also widened my worldview as they shared stories about who they are and where they are from.

Before an intense exam, my study buddy found peace of mind by accessing her religious background and eased her nerves through meditation. Besides trips to Cleveland Yoga, I had never seen a peer meditate. It was a mini light bulb moment and an enlightening contrast to my pre-exam routine of blasting Beyoncé.

I recently fawned over snapchats from a friend as she documented herself at a family member’s Nigerian wedding. Every snap was more beautiful than the previous one: the bride’s dress was colorful, playful, yet glamorous and her intricate headpiece was architecturally breathtaking. It was a reminder that weddings are more than white dresses, they are celebrations of love, and all celebrations of love are breathtaking.

These are just a smattering of the enlightening experiences college has afforded me. All of these moments have left me feeling a little bit smaller in a world that continually expands, evolves and diversifies. However, none of these moments would have occurred if I became complacent with the comfortable and remained in my wealthy, white neighborhood.

When we open our eyes and ourselves, we are able to admire, appreciate and reflect on the diversity of our community. When we choose to listen and allow others to share their ideas, upbringings and beliefs, the amount we can learn about others, our community, the world and even ourselves is indefinite.

Heather O’Keeffe is a senior studying biomedical engineering and minoring in sports medicine. Since coming to CWRU, she has become much more aware and significantly prouder of her Wisconsin accent and culture. “In Wiscaaansin we drink from bubblers not water fountains, don’t ya know.”