Josh Lehrer: Is Hillary Clinton an agent of progress among the Washington elite? 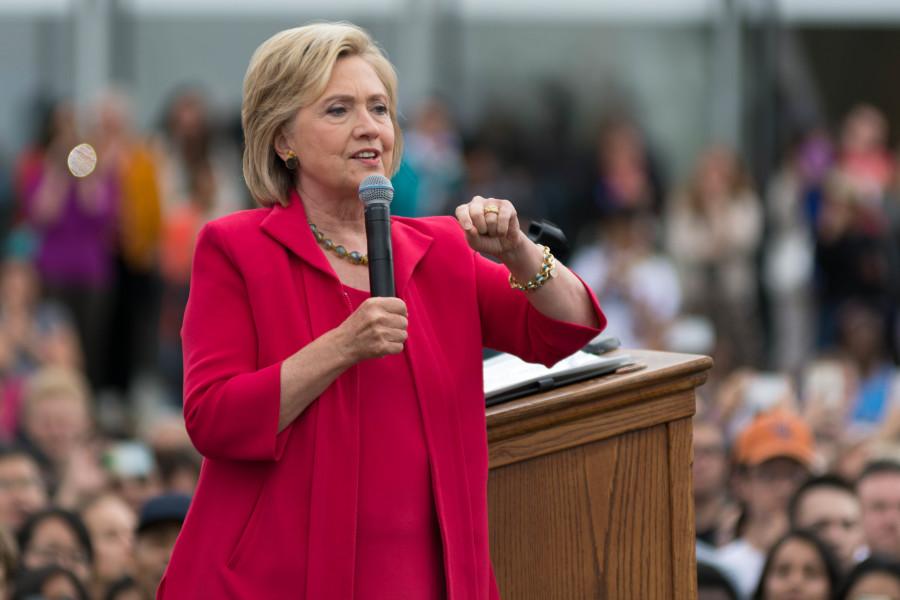 The current 2016 Democratic presidential candidate front-runner visited campus outside of the Tinkham Veale University Center on Thursday, Aug. 27. Like many students, I took the outreach out from the politician with a grain of salt.

But is Hillary Clinton just another member of the Washington political establishment, or does she have more to offer?

Despite certain controversies, Hillary maintains high favorability among Democrats, and has consistently seemed to beat out most GOP candidates in a hypothetical general election matchup. While the Republican Party is filled with a crowded field for a presidential nominee, the Democratic Party appears to have only one other formidable candidate, one who has garnered more popularity among a consortium of more liberal-leaning Americans: Bernie Sanders. Currently he is serving as a U.S. senator from Vermont. Like Clinton, Sanders has been in public office for quite some time; he’s served in Congress since 1991 in both the U.S. House of Representatives and U.S. Senate.

Sanders seeks to be the “anti-establishment” candidate on the Democratic side. He is a self-proclaimed democratic socialist. His 2016 campaign slogan is literally “A Political Revolution Is Coming.” A large part of his campaign has been dedicated to dismantling the current “system” that defines our nation’s politics. I am talking about the influence of money in the election process. His emphasis is on pushing for campaign finance reform and to address wealth inequalities that have prevailed in the United States.

At the end of the day, though, there needs to be a reality check. Sander’s supporters are justified in being disenchanted with the current “system.” But unfortunately, and frankly, I think that his idealistic followers will be left disappointed come the 2016 Democratic National Convention, if not before then. Sanders may have ignited a political firestorm but I can tell you this much: Casting doubt toward a successful “feeling of the Bern” is more than admissible.

On the other hand, Clinton embodies what a tenured public official is bound to face, like allegations of corruption. However, her record is still quite impressive in furthering the notion of the American Dream. Any examination of her full career paints a picture of a strong, resilient force for and of change. Clinton is extensively experienced and capable of tackling some of our country’s most entrenched problems. She is far more experienced than President Obama. He never even had the chance to be chided as a controversial figure, because he did not have a long-term background that could be criticized in 2008.

Hillary Clinton has a strong profile of supporting legislation and policies that help ensure that all Americans have a fair chance, contrary to some people’s contentions. She’s been pushing for major reforms to our healthcare system well before President Obama was ever a public official. To claim she is a “corporate sell-out” would be contradictory to her support for campaign finance reform; she voted in favor of the Bipartisan Campaign Reform Act of 2002. Key parts of this law were struck down as unconstitutional by the United States Supreme Court by the 2010 decision for Citizens United v. Federal Election Commission. That’s not her fault.

She’s adamantly called for changes in laws that seek to restrict disenfranchised Americans from voting in elections. How does this show she is not in touch with the harsh realities of minorities, particularly African Americans? Accusations that she does not stand by the Black Lives Matter movement are, bluntly put, outrageous. I’m not even close to done because the list goes on. She has supported common-sense gun reforms since it became a prevalent national concern. She’s consistently voted in favor of raising our federal minimum wage. Years before universal pre-K programs had even been talked about at a national scale, in 2007 she proposed a $10 billion new federal education program to expand pre-kindergarten to nearly all American children. No, she is not for continual mass incarceration. In 2000, during a debate for the NY Senate seat in New York City, she expressed support for “drug courts,” which are purposefully instituted to reduce the incarceration rates for non-violent substance abusers, for both juveniles and adults.

The fact of the matter is that going to the event last Thursday deepened my understanding of some problems that our nation faces. This rally proved impressive and informative. One cannot always go by how even the best-intentioned media or dissenters portray any candidate. If the opportunity presents itself, I urge my fellow Case Western Reserve University community members to continue to attend events on and around our campus related to the 2016 elections, regardless of how you identify yourself. Even if Donald Trump came to speak near CWRU, I’d be the first to go to see him.

You’d be surprised by what you find out about the candidate—and yourself—when you see them before you, rather than on the television screen.

Josh Lehrer is not at all an avid supporter of Hillary Clinton. His piece is for the purpose of dispelling rhetoric about Hillary Clinton that he finds disconcerting.