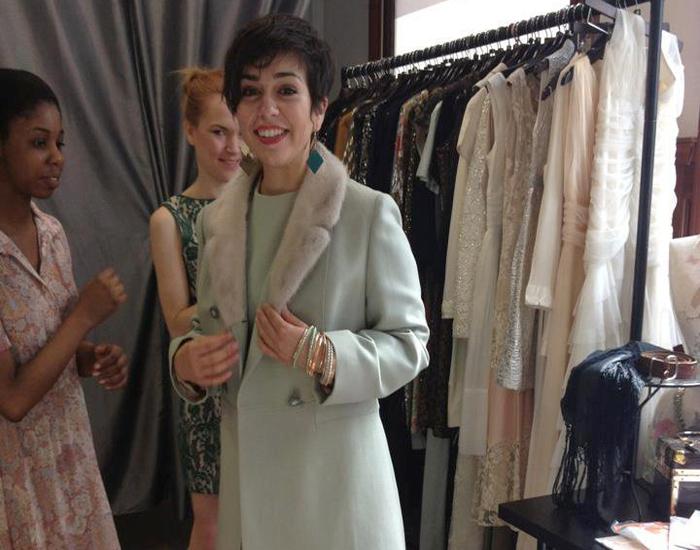 Often the thought of a person doing research involves an image of that person working in a lab or on a psychological study.

This summer, Wheelock spent two weeks taking lessons on contemporary acting at The Royal Academy of Dramatic Art in London, working seven hours a day on her acting skills. Classes for Wheelock consisted of daily separate hour and a half sessions on speech and movement, and four-hour acting lessons.

For two weeks, Wheelock rehearsed a monologue excerpt from playwright Peter Morris’s “Guardians,” a piece based on the prisoner abuse scandal at Abu Ghraib prison in Iraq. Her character was inspired by Lynndie England, a former United States Army Reservist who served at Abu Ghraib and was implicated in the scandal.

According to Wheelock, the “stillness” of the piece separates it from other plays. Wheelock’s character would rarely move, and when she did, it would only be her head and spine.

“I learned a lot about what I do as an actor and what I physically do with my body, and about the power of stillness and calculated movement, how creepy it can be,” Wheelock said. “The way we applied it to drama was just frightening.”

Wheelock noted that her time in England taught her more than just acting skills. Two of her peers, JC and Kacey, proved to be inspirations to her. She credits the two with showing her that she’s not too young or inexperienced to make it in the acting world.

“Before I was kind of like, ‘you know I’m really young, and it’s going to be really hard to make it,’” Wheelock said. “But what I realized from JC is that if I’m going to get experience, I need to grab it by the balls, and take it. She’s traveling the world to learn more about theater. She’s been to a couple different schools because she can, because she wants to.”

Her friend Kacey, on the other hand, who has appeared in shows and movies including “The Killing” and “Red Riding Hood,” taught Wheelock that “as long as you have some certain skill set to offer, you can just jump into anything.”

“She didn’t act much until she started auditioning for films and she started getting them right away. She learned from her process,” Wheelock said. “It inspired me and made me realized I can do whatever I need to know. I’m ready to face things, to fight for what I want, achieve my goals and not think I’m too young.”

It is Wheelock’s goal to attend graduate school for theater immediately after graduating from CWRU. She says that Harvard is her dream school, but is not the only option.

“If I got in there, I would be on that,” Wheelock said with a laugh.

What Wheelock loves about acting is the exploration aspect; she is able to experience emotions that she does not encounter on a normal basis.

Wheelock says that she has had this passion for the arts since a young age. As a kindergartener, Wheelock didn’t want to be the stereotypical firefighter or superhero, but rather an “impressionistic painter.” This creativity, and the fact that her friends were in school plays, led Wheelock to join school productions in elementary school, exposing her to theater early on. She’s been acting ever since.

Despite this longstanding love for theater, Wheelock did not immediately decide to major in theater. She knew that she wanted it to be a part of her education, but did not think it would necessarily be the focus. After weighing the notions of becoming a doctor, then a psychologist, and then a chemist, Wheelock decided halfway through her freshman year that acting was the only true fit for her.

Since then, she has been in numerous shows on campus. This year, Wheelock will be in “Dancing at Lughnasa” at Eldred Theater in November, and in “The Seagull,” by the Players’ Theater Group, a student run organization, in December.

Currently Wheelock is stage managing “The Rocky Horror Show” at Eldred. This is her first experience as a stage manager, and she says that jumping in to that role has been a tough, but rewarding experience.