Brown’s success is one for the history books 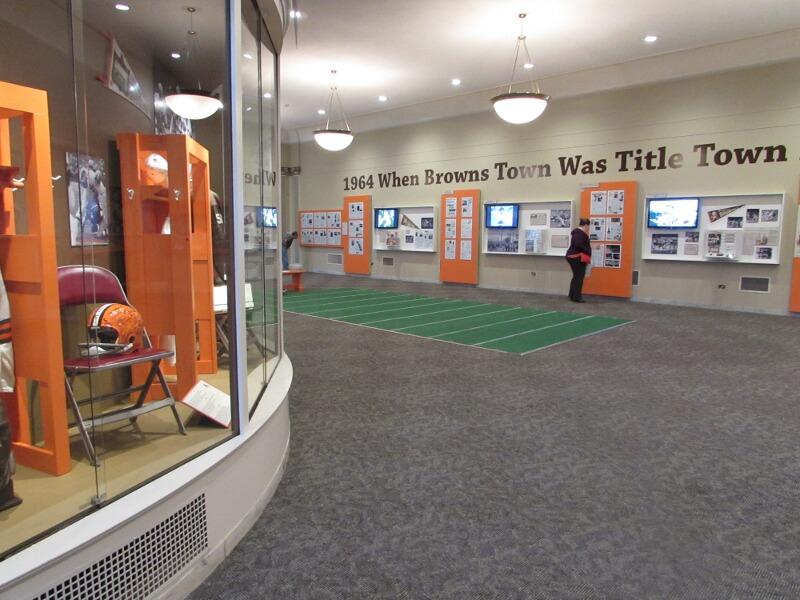 The Western Reserve Historical Society’s latest exhibit is called “1964, When Brown’s Town was Titletown” and remembers the NFL Champion 1964 Browns. The temporary exhibit is on display through February 2015.

With the Browns currently standing at fourth in the AFC Northern Division (as of press time), with two losses and one win under their belt, it seems as though every Clevelander is thinking the same thing:

Hey, it could be worse.

Of course, Cleveland isn’t exactly waiting for its next Super Bowl win anytime soon. After all, it’s been 50 years since the Browns had a championship win.

To represent this depressing milestone, the Western Reserve Historical Society has put together an exhibit to keep Browns fans’ hopes up. Titled “1964: When Browns Town was Title Town,” the exhibit pulls together memorabilia from this exciting game, including gear worn by football legends Lou “The Toe” Groza and Jimmy Brown.

If that’s not exciting enough, the exhibit also runs clips of never-before-seen game footage and has an interactive display allowing visitors to play an indoor version of football, one-on-one. Football fans will geek out at the Browns taking the front page of Sports Illustrated, Time Magazine and many famous newspapers.

“1964: When Browns Town was Title Town” is open to anyone with admission to the rest of the Western Reserve Historical Society. Tickets to the museum are free for Case Western students, and adult tickets are $10.