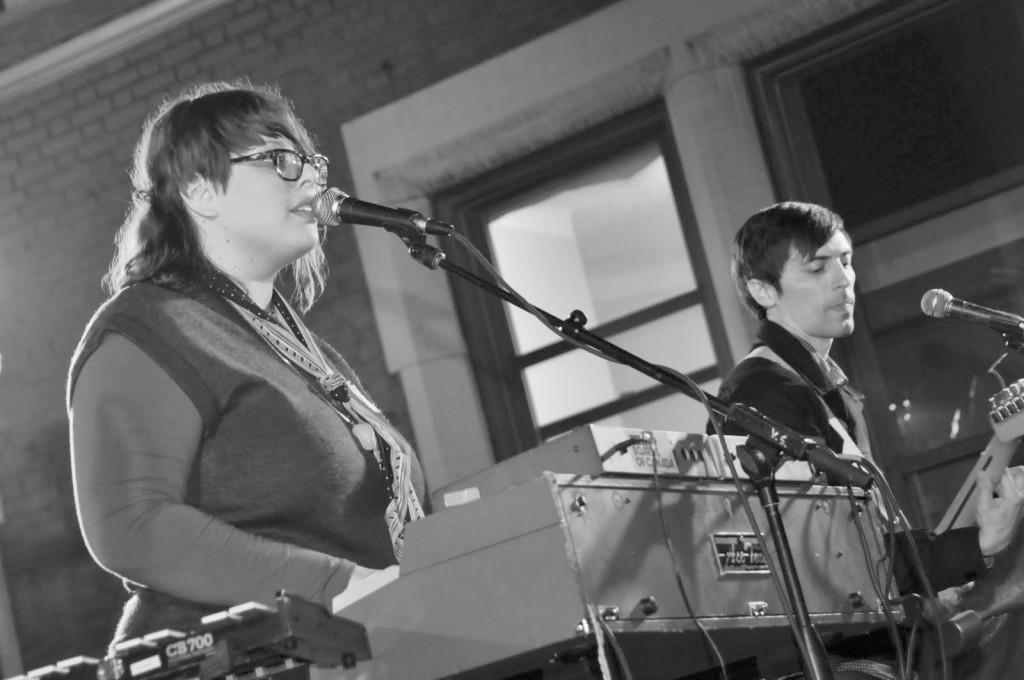 Get ready for next Wednesday’s Spot Night, because UPB will be hosting not two, but three bands for your listening and viewing pleasure, all three of which share band members and a rehearsal space, forming a tightly-knit indie pop community. First up is The Volta Sound from Lakewood, Ohio, the lovely neighborhood on the West Side of Cleveland. Not to be confused with The Mars Volta, The Volta Sound is comprised of five members who produce a calming psychedelic folk sound. The band has two albums, Floppy and Gypsy Friends of the Sun.

Next is Dreadful Yawns, another local group who play some refreshing, yet occasionally experimental and ambitious folk-pop. Spearheaded by singer-songwriter Ben Gmetro, the band is still supporting last year’s excellent Take Shape, which features brief pop numbers like “Queen and the Jokester” and “Kill Me Now” alongside drawn-out exercises like ten-minute long “Don’t Know What I’ve Been On.” Their catalogue also contains two other releases: a self-titled record from 2005 and their debut album, 2003’s Early.

Last but certainly not least is Afternoon Naps, who performed to much acclaim at WRUW’s 29th Annual Studio-A-Rama festival on campus at the beginning of September. Afternoon Naps tauts their vibrant and upbeat indie pop with simple structures and no songs over three minutes long. The band is still coming off their acclaimed 2009 release, Parade, an album that sums up the Naps’ sugary sound in nuggets like “The Day We Started” and “Catholic School.” Their catalogue also includes 2007’s short but sweet LP, Sunbeamed.

As always, Spot Night is Wednesday night at 9 p.m. at The Spot, featuring cheap drinks and delicious wings. One can expect to relax and chill out with The Volta Sound and Dreadful Yawns, and save that energy for dancing to The Afternoon Naps.

In Case You Missed It: Donora and Lohio came from Pennsylvania and played assorted indie pop rock tunes to a seemingly devoted and excited crowd. Attendance was formidable, and some people seemed to be able to shake the homework blues enough to get up and dance during headliner Donora’s energetic set.