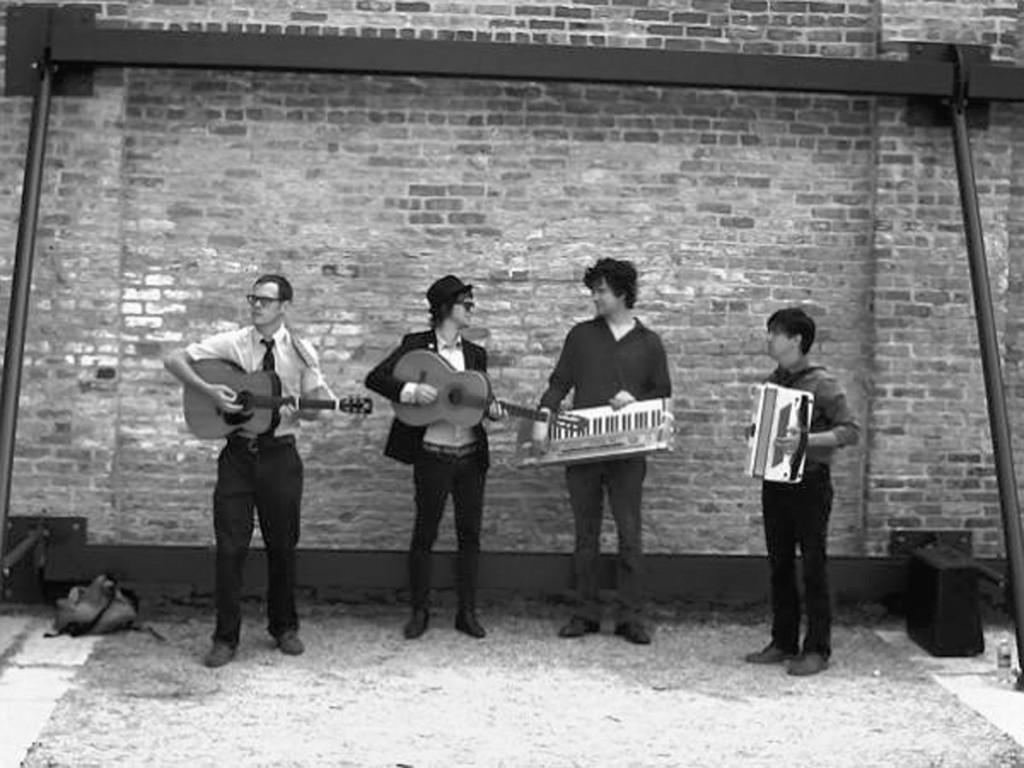 Looking for some kind of distraction to pass the time while classes are building up their furious momentum? Fortunately for you, The Spot will be hosting Distractions for the third Spot Night installment this semester on the evening of Wednesday, September 6th. For the uninitiated, Spot Night is an event where our very own UPB brings free concerts to The Spot every Wednesday night starting at 9pm, offering barbeque or hot wings and refreshing beverages at extremely discounted prices to satisfy your hunger and thirst while hanging out with friends and enjoying the music of relatively unknown, up-and-coming bands.

Hailing from Chicago, Distractions has been lauded for their unique and spaced-out music that draws influence from a wide variety of genres and artists. The group is spearheaded by singer and songwriter Thomas Owens, while the rest of the band is in a more dynamic state. Members are frequently swapped out between recordings, and performing members regularly change instruments during their shows. On June 1, they released their first album on the outdated cassette tape format only, further emphasizing the peculiarity of this group. Perhaps they will make their way to DIY (Do-It-Yourself) stardom, but only the success of the extensive tour they have embarked upon, and especially their show at The Spot, can tell. If you can’t catch them at The Spot, they will be returning to Cleveland on September 12th to play with local favorites Cloud Nothings at local DIY venue Believeland.

Opening for Distractions is Radio People, the alias for local underground musician Sam Goldberg, who also runs a cassette label called Pizza Night. Goldberg has released many recordings over the past five years or so, with his latest being a Tour Split from this year, which follows 2009’s Winter Hallucinations I – III. Radio People is commonly described as ambient guitar, synthesizer, and organ music. Radio People’s DIY qualities should mesh well with those of Distractions, making for an interesting night at The Spot.

In Case You Missed It: Bare Wires, out of Oakland, California opened for Tyvek, from Detroit, Michigan. Both bands shook the foundations of the newly renovated The Spot with their super-loud, unrelenting garage rock. Bare Wires packed their energy into a multitude of shorter, more concise tunes while Tyvek played an extra-long set with some more drawn out jams. Both performed very well without issue, although great stamina and strong eardrums were necessary to withstand the constant barrage of raw sound energy for the entire show.