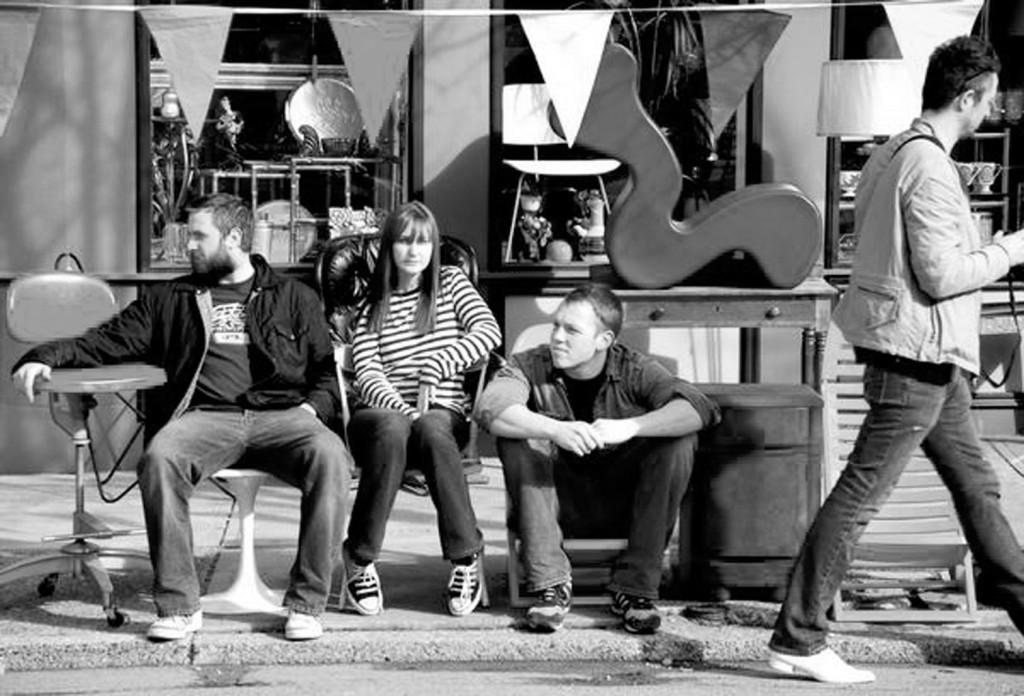 Next week’s featured UPB Spot Night band will be Donora, an indie/pop rock group hailing from Pittsburgh, Pennsylvania. Donora, named after a small town in their home state, rose to stardom after placing as semifinalists in Myspace music contest, “Calling All Bands” back in 2006. The band consists of siblings Jake and Casey Hanner who play drums and guitar/vocals respectively, and Jake Churton who plays bass. Unfortunately, a proposition to name the band “Casey and the Jakes” failed when the trio was drafting prospective monikers at their inception. Donora released their only album, Donora, in December 2008 to reasonable acclaim. They have also released two EP’s and a demo tape. Cleveland is one of their stops on their current Midwest tour.

Opening for Donora will be Lohio, another band from Pittsburgh, Pennsylvania. Lohio is an indie folk-pop quartet that has been playing together since 2006. They are joining Donora on some dates of their Midwest tour in support of their recently released Lohio EP, and have previously toured with artists such as Ra Ra Riot, The Avett Brothers, Tokyo Police Club, and David Bazan. Their first album, Sleeping Stereo, was released in 2007, and their most recent full-length, History, the Destroyer, was released in 2009. They are known to draw comparisons to indie titans such as Sufjan Stevens, Yo La Tengo, and Wilco.

Both of these acts will perform Wednesday, September 22 at the Spot at 9 p.m. for a proposed evening of discounted food and beverages and great indie pop.

In Case You Missed It: Radio People provided a heavily synthesized blanket of ambience to The Spot last Wednesday, followed by Distractions, who brought their unique Chicago sounds to the venue. Duly noted was a possible correlation between a decreased attendance and the semester soundly underway.