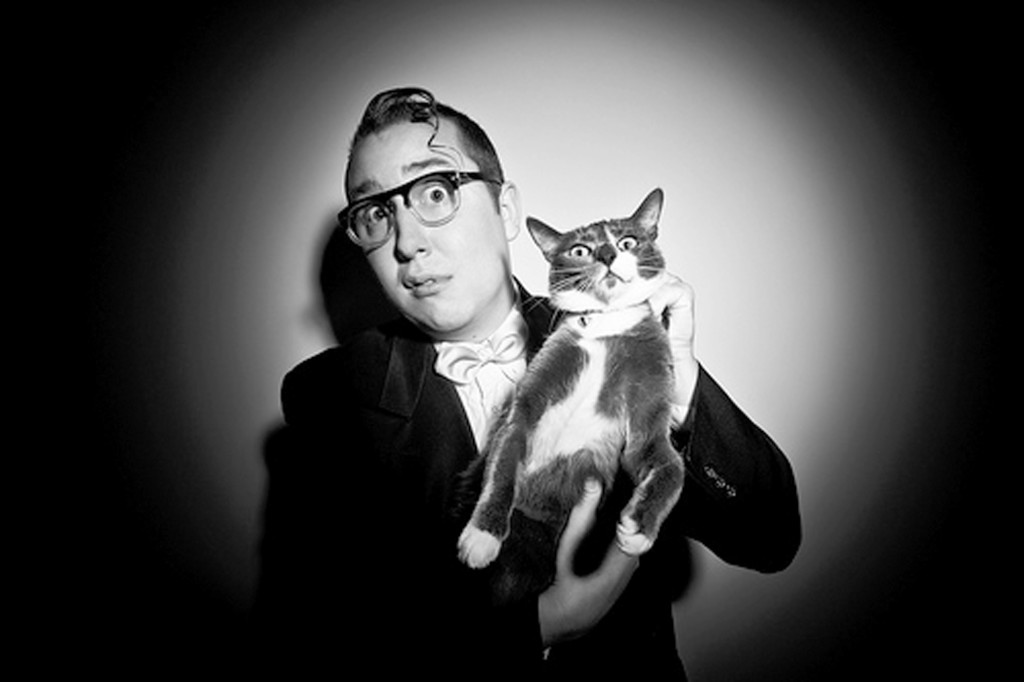 Next week’s Spot Night will be another triple act, headlined by Brooklyn-based singer-songwriter Tim Fite, who is known for producing eclectic music across a wide variety of genres, from indie to hip-hop. Since his first release in 2004, 2 Minute Blues, Fite has released a total of nine full-length albums. His latest album is this year’s Under The Table Tennis, which Fite has chosen to distribute freely on his website, timfite.com. In 2006, he released a hip-hop album called Over the Counter Culture exclusively on his website, refusing to sell it as it is a commentary on modern consumerism and greed. Despite this, the album was placed on the Top 10 lists for major news outlets such as the Los Angeles Times and Chicago Tribune in 2007.

The Spot will also host Dinosaur Feathers, a trio from Brooklyn whose music is inspired by pop from the 1950’s and early 1960’s. The group was conceived when its members met through their a cappella singing group at Carleton College in Minnesota. They gained a following through a combination of live performances and the free online release of their first EP, Early Morning Risers. They released their full length debut, Fantasy Memorial, this March, and subsequently performed at the legendary SXSW Music Festival in Austin, Texas.

The third band to perform Wednesday will be Grandchildren, of Philadelphia, Pennsylvania. Deftly avoiding classification, their mySpace page claims that they combine electroacoustic, roots music, and pop. Grandchildren formed as a group of housemates living together in a large house, which also served as a popular DIY venue known as “Danger Danger”. The house hosted concerts on multiple floors while Grandchildren frontman Aleks Martray crafted music inspired by all that was going on around him. Grandchildren is touring with Dinosaur Feathers in support of their debut full length album, Everlasting, which was just released at the end of September.

In Case You Missed It: Serena Maneesh, from Norway, ended up opening for Colorado’s Wovenhand. A long, loud, barrier of amplified and distorted sound emanated from the stage taken by Serena Maneesh, while Wovenhand chanted at great length, evoking images of a dark American West.