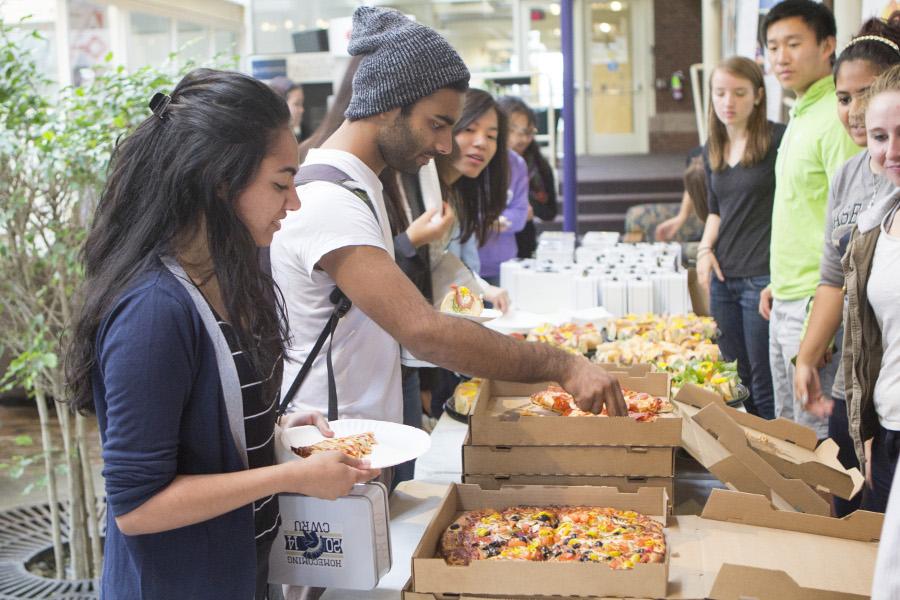 This past week’s Thwing Tuesday was so popular that its line wrapped around the Thwing Atrium.

This week the University Program Board went above and beyond to try and start the campuswide excitement about homecoming this weekend. One of its first success was at Thwing Tuesdays.

Thwing Tuesday this week had multiple different popular food vendors rather than just the typical one. These vendors included Dave’s Cosmic Subs, pizzaBOGO and Presti’s Bakery. The excitement about the food offerings was visible as the line was wrapped around the Thwing Atrium even before the event actually started. The line was longer than it has been in many of the previous weeks, so much so that seconds were not even called because so many people showed up in time to grab food the first time around.

This Thwing Tuesday also had another aspect that differed from other weeks during the semester. Going along with the theme to create excitement for Homecoming, UPB also had a large banner that they encouraged all people getting food to sign as a way of connecting a large portion of the student body together. As the final extra offer this week, UPB handed out custom Case Western Reserve University Spartan-inspired lunch boxes.

UPB Co-Chair Aditi Chaudhri provided the following statement, “The goal of this Thwing Tuesday is to bring the undergraduate campus community together to build Spartan Spirit and get people excited for Homecoming.”

Going off of the incredible success Thwing Tuesday produced this week, it is more than sufficient to say that the goal was more than adequately accomplished.