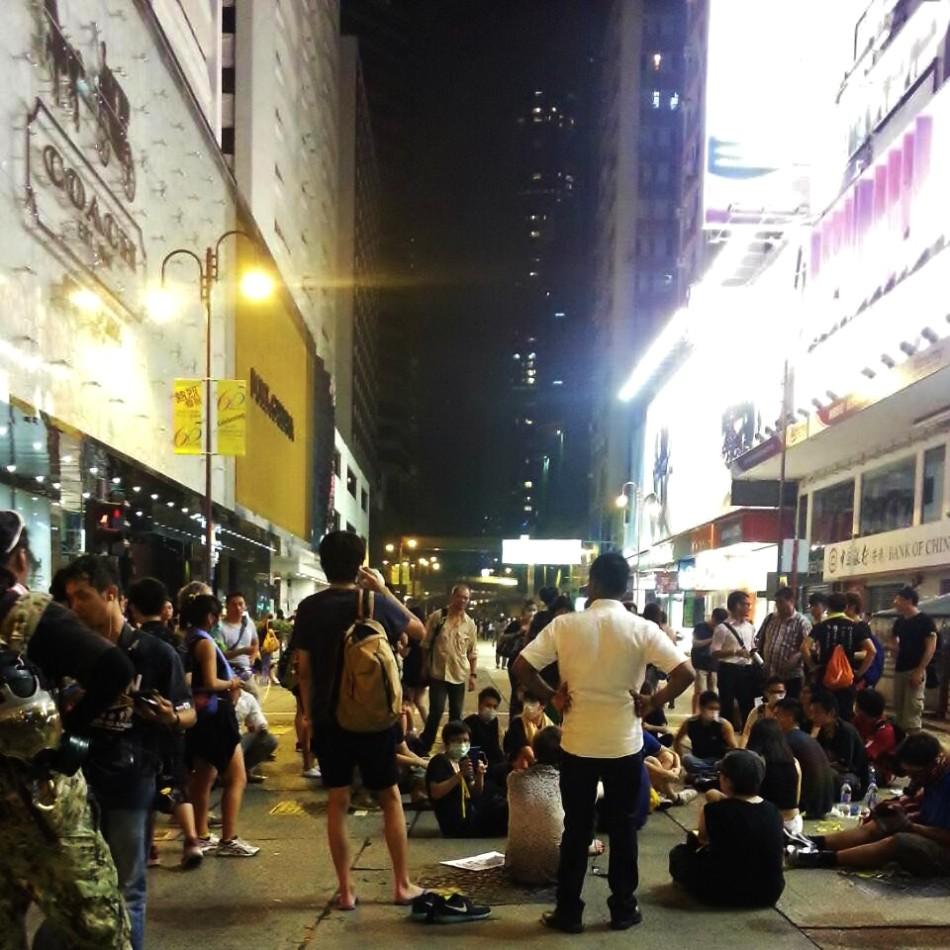 Protests over democracy in Hong Kong started in August, and are just now showing signs of dwindling.

When Sam Shangguan, a sophomore history major from Shenzhen, China, opens her computer, she is immediately faced with photos and posts by her friends protesting in Hong Kong. Many other Chinese students share this experience at Case Western Reserve University, as they watch protests fill the streets of Hong Kong from thousands of miles away.

Students and other dissatisfied citizens began participating in mass protests over voting policy in Hong Kong in September, but they are now showing signs of dwindling. The protests began in reaction to a policy that said that, although there will be an open election for the position of Chief Executive in 2017, the candidates for the position will be chosen by an exclusive 1,200 member Executive Committee.

In August, the National People’s Congress in Beijing announced the adoption of this new voting procedure for the 2017 elections. While this policy would make the 2017 election Hong Kong’s first “democratic” elections, with universal suffrage, protesters believe that democracy means choosing their own candidates, not just voting from a pre-selected pool.

Prior to that impetus, though, the situation was still not fully tranquil.

“It has been building up for a while, I think,” said Frank Wu, president of the Chinese Students and Scholars Association.

According to Paul Schroeder, an assistant professor of political science who teaches a course on political change in China, these protests are bigger than the 1989 student protests in Tiananmen, which were violently stamped out by the Chinese government.

“[The mainland Chinese government] has numerous controls over people that would prevent this exact thing from happening on the mainland,” said Schroeder. “If this were the mainland, then there would have been a crackdown.”

The more peaceful conclusion to these protests is due in part to the idea of “one country, two systems.” Hong Kong, which was a British colony until 1997, is now a part of China, but has retained its own governance.

Despite the nations’ political separation and China’s infamous “Great Firewall,” mainland Chinese residents are well-informed of the protests in Hong Kong. Tourists visiting Hong Kong from China have observed the largely peaceful protests, and protesters have been posting articles and photos to Chinese social media sites.

“I think China is now much more open than ever before,” said Shangguan. “I think most people who pay at least some attention to politics would know about [the protests].”

Both Shangguan and Wu believe that negotiations directly with the government, not the protests themselves, will likely be the driving force behind change in Hong Kong.

“The protesting itself is what people always hear from this issue,” said Wu. “People should be cooperating with each other instead of just saying, ‘yeah, there is a protest in Hong Kong.’ People are omitting the potential for cooperation between Hong Kong and mainland China.”