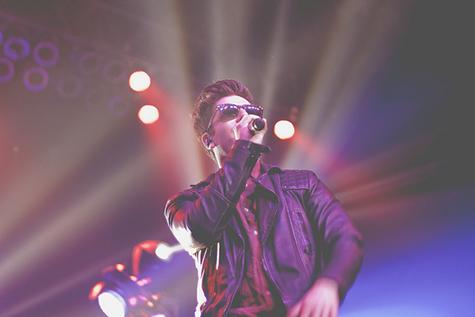 Hip hop artist Hoodie Allen will be performing at CWRU in April.

On Feb. 2, Springfest announced that hip-hop artist Hoodie Allen will be headlining this year’s events.

Katie Broderick, co-chair of the Springfest committee, thinks Hoodie Allen, aka Steven Markowitz, will be an energetic performer.

In addition to Hoodie Allen, three opening bands will be chosen through UPB’s Battle of the Bands Spot Night.

Unlike last year, Springfest did not send out a survey to CWRU students to decide on the artist. According to Broderick, this may have been because there were fewer choices overall this year, and the committee was able to make the decision on its own.

Though this was a slightly risky decision, Hoodie Allen is not the most shocking pick, since his name has appeared on not only Springfest’s survey last year, but also on UPB’s Fall Concert survey for 2013.

“The reason he’s always on the list is because he fits the budget and because he’s a college
rapper,” said Broderick. “He puts on a good live show.”

Markowitz is known for his energetic stage performances. Running off the success of his latest album, “People Keep Talking,” released on Oct. 14, 2014, Hoodie Allen has creeped into popular radio play, especially with single “All About It,” which features Ed Sheeran.

He’ll have a little more room to move around this year, since Springfest is going to be held at Freiberger Field after being shuffled for two years due to the construction work on the Tinkham Veale University Center and Wyant Athletic and Wellness Center. Now, Springfest is back where it always used to be, even though the last performance in 2012 involved a downpour of rain.