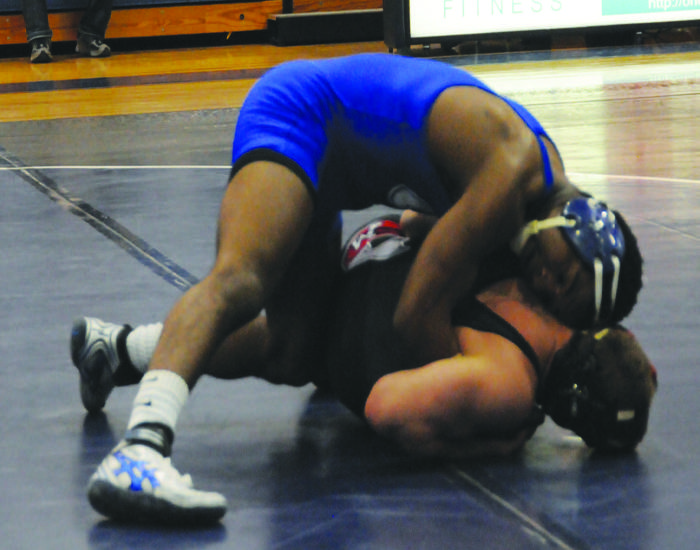 Horsburgh Gymnasium has seen its fair share of quality wrestling competition this February. The biggest and best was saved for last with the Midwest regional championships, which were held last Saturday, Feb. 25. Ten teams from around the region brought their best talent to the mats, with a chance of qualifying for the national championships on the line. Olivet College won with a score of 165.5 points, and qualified five individuals to nationals. Case Western Reserve University placed ninth overall, with 35.5 points.

The Midwest regionals welcomed teams from Ohio, Indiana, Michigan, and western Pennsylvania to Cleveland as the qualifier to the national championships, to be hosted by the University of Wisconsin LaCrosse on March 9. The regional featured an individual bracket system; the winner of each weight class clinched the bid to the national meet. In addition, two wild cards were selected to participate at nationals. Senior Isaac Dukes received one of the late wild cards, and will be headed to nationals for his fourth consecutive time.

The Spartans came into the tournament with a limited roster, mostly due to injuries. Case entered six grapplers among the ten weight classes. Skipping over the 125, 133, and 141 classes, Case’s first competitor was freshman Christopher Crane in the 149 lb. class. Dukes took to the 157 lb. weight class this year, after winning the 149 last season. Senior captain Kyle Weaver made his way into the 165 lb. bracket, while sophomores Brian Synder and Dylan Novisky took the 174 and 184 lb. classes, respectively. Senior captain Cale Harter rounded out the roster in his familiar spot in the 285 lb. weight class.

With over 250 matches over the course of the day, the events kicked off bright and early. Early highlights came from Dukes and Harter. Dukes won his first match 18-3 against Brandon McLaughlin of Alma College. Harter advanced through his bracket with an exciting win over Will Ringer of Theil College, scoring a crucial takedown as the clock ran over to get the 3-1 decision.

Also posting a win on the day was Novisky in the 184. After getting pinned in his first match of the night, Novisky came back with a strong performance in the consolation bracket against Matthew Barton of Washington and Jefferson College. Novisky came out strong and aggressive, racking up 2:38 of riding time in the first. Novisky continued with several more takedowns, eventually flipping Barton over in the third period, getting him on his back and recording the pin at 6:20.

The action got really intense as Harter and Dukes moved farther into the bracket. Harter matched up against Logan Renas of Olivet College, who is currently ranked eighth nationally in the heavyweight division. Renas quickly took control, pinning Harter only 29 seconds into the match. Harter dropped down to the consolation bracket, and rebounded with a strong decision over Alma College’s Mason Ley in a score of 5-2. With the win, he advanced to the third place championship match, where he was pinned by Taylor Potts of Washington and Jefferson in 0:30, finishing the day with a 2-2 record.

Dukes continued through the championship bracket in the 157, eventually meeting No. 3 nationally ranked Elias Larson of Trine University. In a very even match, Dukes and Larson played through the first two periods in neutral stances. The match became more aggressive in the third, with Larson taking control as the clock ran out to defeat Dukes 4-3. After the tournament, Larson was named the Midwest Wrestler of the Year. Dukes received the wild card for his efforts though, and will once again represent the Spartans at the national championships.