Housing rates to increase in the upcoming year 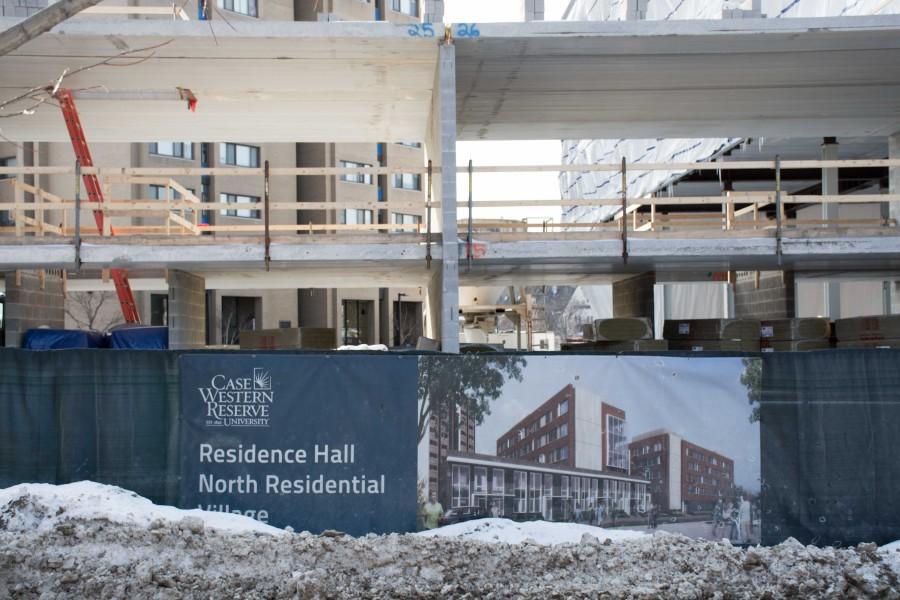 Both upperclassmen and underclassmen will be influenced by a housing rate increase proposed by Case Western Reserve University for the upcoming school year. The 3.75 percent room-rate increase will be applied to all undergraduate housing, with the exception of the newly constructed residence hall on East 115th St. If approved by the Board of Trustees on Friday, the room rate increase will take effect with the start of the academic year.

With housing application deadlines just around the corner, this increase is especially pertinent to students who plan to live on campus. At CWRU 80 percent of undergraduate students live in college-owned, operated or affiliated housing.

“3.75 percent is a 0.25 percent lower increase than last year and almost 0.4 percent lower than the overall average rate of increase for the previous five years, 4.11 percent,” said Jamieson.

In the past, the Board of Trustees would meet to finalize and approve housing rates in December. This meeting now takes place in February, which gives students less time to weigh their housing options.

Still, living off campus is not a viable option for many, and first- and second-year students do not have access to this alternative. Off campus locations, such as Little Italy, Coventry, Cleveland Heights and East Cleveland, may or may not be less expensive than living on campus for upperclassmen.

“Just as housing costs vary on campus, so, too, do they differ widely in surrounding neighborhoods,” said Jamieson. “Some off-campus options would cost considerably more than on-campus offerings, and some much less.”

Even when off-campus apartments cost less, it can be difficult for students to make the switch.

“For juniors and seniors, off campus is likely cheaper, but does not have many of the amenities or benefits of living on campus,” said Victoria Robinson, executive president of the Residence Hall Association (RHA).

Try, they did. RHA scheduled a meeting on Feb. 17 with members of CWRU’s Campus Services to express student concerns and address questions related to the housing rate increase.

RHA came with questions drawn straight from the student body. Earlier this year, the group sent an email to current residents asking them to participate in the forum and advertised it on Facebook. They received a high number of responses, which allowed them to take students’ feedback straight to the top.

For example, some students questioned why the new residence hall on 115th St. is priced similarly to older residence halls. The new hall is built with smaller rooms and has fewer amenities—no dishwashers, for example. Apparently, the high price offsets the cost of construction and utilities. Also, students will be paying for a newer living environment, a higher value than older spaces.

While student concerns varied across the board, RHA was primarily interested in why the housing rate continues to increase year to year, often correlating with an increase in tuition.

According to Jamieson, the breakdown of costs for housing-related expenses for the 2014 to 2015 academic year were as follows: 34 percent for debt service, 21 percent for staffing costs, 19 percent for non-salary operational costs, 10 percent for capital maintenance and repair projects, nine percent for utilities, six percent for University support and one percent for reserve funds. This distribution of expenses will change in the upcoming year with the addition of the new hall.

Currently the university does not have a student feedback system to gauge concerns and evaluate student responses. At its meeting this week, RHA proposed that the university put together focus groups and surveys for the students they impact, to better assess how these prices influence those who will be picking up the tab. These focus groups and forums would be set up by the university in the future, in conjunction with RHA.

Robinson believes this sort of open, honest communication between Campus Services and students will benefit all of those involved. The university will have access to students’ attitudes and ideas, and students will have an effective method of interaction with the administration.

“We are hoping it will make a difference,” said Robinson. “Students will have an opportunity to have their voices heard. If anything, even if an increase continues to occur, students will know why it’s occurring.”