Smaller groups among changes announced for next year 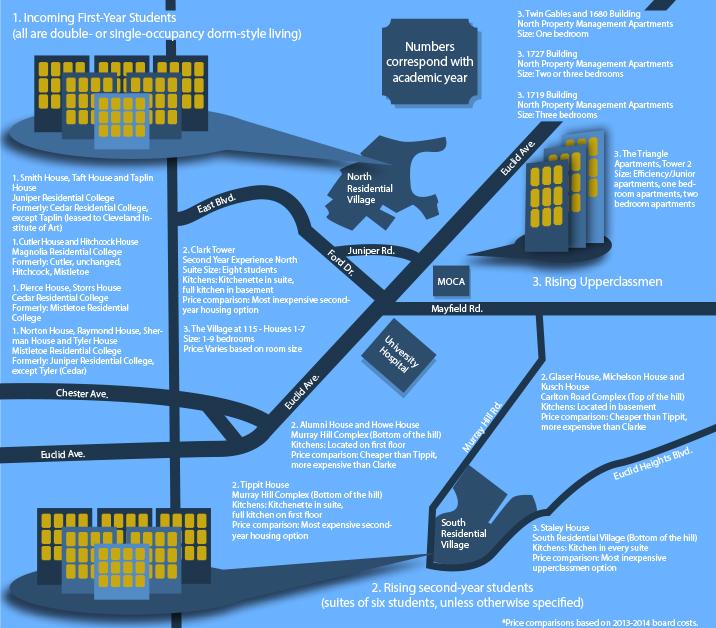 Although spring break means a rest from classes, for many students it marks the start of a stressful season: the procedure of choosing next year’s room and suitemates.

“It’s a scary process,” said sophomore Joe Satterfield, “hoping that you’ll be together with all of your friends and that you don’t just get a bad call in the lottery and have to separate everybody up.”

As the Office of Housing and Residence Life aims to improve the experience of living in on-campus housing, several tweaks have been made to the room selection process for next year.

This year’s room selection system for rising sophomores brings a change: students who wish to apply in a multiple suite group can only apply to fill two suites. That’s down from previous years, in which students were allowed to apply to fill up to four suites.

The Office of Housing and Residence Life has also limited the number of multiple suites available in each residential college, with five pairs open in Clarke tower (ten suites out of 40 total) and 22 across the south residential village (44 suites out of 106 total).

“The whole idea of multiple suites was, people are able to pick up part of their community in the first year halls and… bring it to the second year halls,” said Loretta Sexton, interim associate director for housing. “What we were finding is that people were more focused on how many people they could get in their group.”

Since the four-suite lottery was the first to take place, and housing did not limit the number of multiple suites available, groups of four suites had a higher chance of living together than others, and smaller suite groups would combine, thinking they had a better chance of living in certain buildings.

“It wasn’t giving the people who just wanted a [smaller] group… the equal opportunity to get into some of the buildings on south campus,” Sexton said.

Another rule change is that resident assistants for sophomore buildings are only permitted to select their roommates for half a suite this year; in previous years they could submit a housing selection group of their friends to fill their entire suite. This change was made to keep the focus of the RA position on the community, as opposed to living with one’s friends.

When deciding on room selection processes, Sexton said housing’s philosophy is to create distinct experiences for first years, second years, and upperclassmen, giving students progressively more independence as they move through their years at CWRU. According to Sexton, the first year experience “is a lot about building that community and connectedness with the floor,” while the second year and upper class experience give students the opportunity to live independently with their friends.