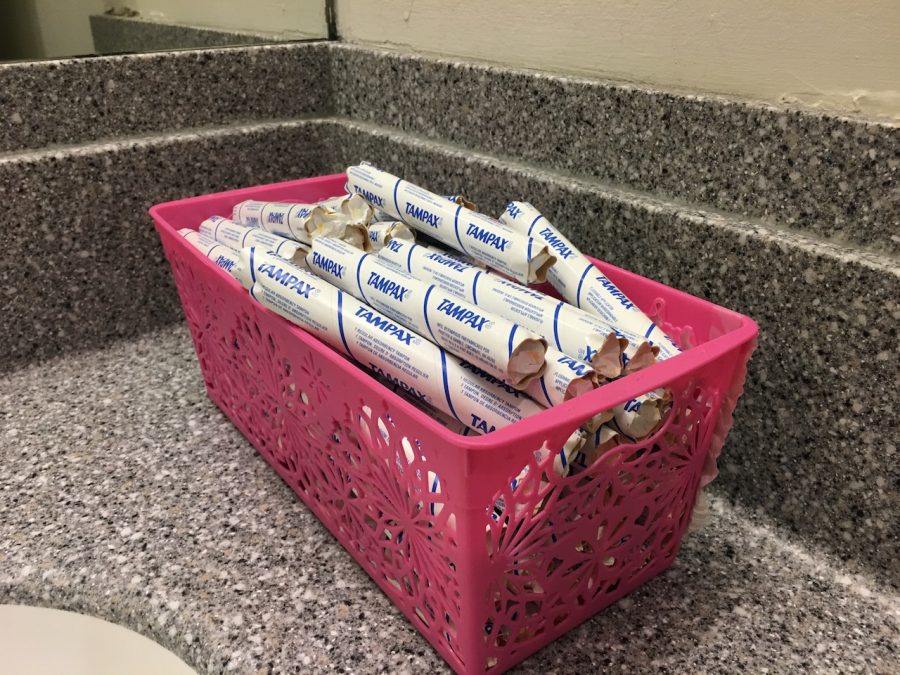 The Menstrual Health Task Force was dedicated to provide free menstrual products in bathrooms on campus. This task force committee is the brainchild of CWRU student Geneva Magsino, who decided to take action after she found a lack of menstrual products offered.

During her first year at Case Western Reserve University, Geneva Magsino found it disappointing that menstrual products were not offered in the bathrooms. Determined to do something about it, she became one of the driving forces that brought about the Menstrual Health Product Task Force (MHPTF), a committee that provides free menstrual products in bathrooms on campus.

One quirk that Magsino found frustrating was that “condoms are ubiquitous around campus,” while products meant to help with “a natural biological process” that she and thousands of other students at this university go through every month “was not being acknowledged.”

In August of 2016, Magsino ended up in a conversation with the Director of the Office of Multicultural Affairs (OMA), Naomi Sigg, and the Department Coordinator of OMA and the LGBT Center, AmariYah Israel. This conversation was the beginning of a process that would later end with the realization of Magsino’s goal of having menstrual products more readily available across campus.

Shortly after this conversation, Magsino “started doing research on what other universities have done to provide menstrual products” to their own student bodies. She noticed that “many colleges and universities around the country have been pushing for accessible and free menstrual products on their campuses,” and so she was inspired to believe such an atmosphere could exist at CWRU as well.

Eventually, Sigg partnered with the then-Director of the Flora Stone Mather Center for Women, Elena Foulis, and the Executive Director of University Health and Counseling Services (UHCS), Jennifer McCarthy, to develop the MHPTF that Magsino believed this school needed.

Magsino, being a student coordinator at OMA, was put in charge of contacting student organizations and offices around her campus to invite them to join in this task force. She also coordinated all the meetings of the task force and co-chaired each one alongside Sigg.

There are various organizations that were represented in this task force: UHCS, the Feminist Collective, the Flora Stone Mather Center for Women, the Graduate Student Council, the LGBT Center, OMA, the Residence Hall Association, the Undergraduate Diversity Collaborative, the Undergraduate Student Government (USG), the Women in Science and Engineering Roundtable and Voices: A Women of Color Collaborative.

The task force began holding meetings on October 31, 2016, and continued to meet periodically as they prepared their proposal to the university. USG collected data through Feedback Fridays, and they also wrote and passed a resolution in support of the task force. In parallel, various members of the task force were busy meeting with university faculty and staff to discuss the logistics of making Magsino’s vision come to life.

As of now, Magsino is proud to say that the university has approved the installation of menstrual product dispensers. The installation will take effect during this coming summer so as to be ready during the fall 2017 semester and beyond. These dispensers will be providing #4 maxi pads and Tampax tampons free of charge to all who need them.