How sweep it is 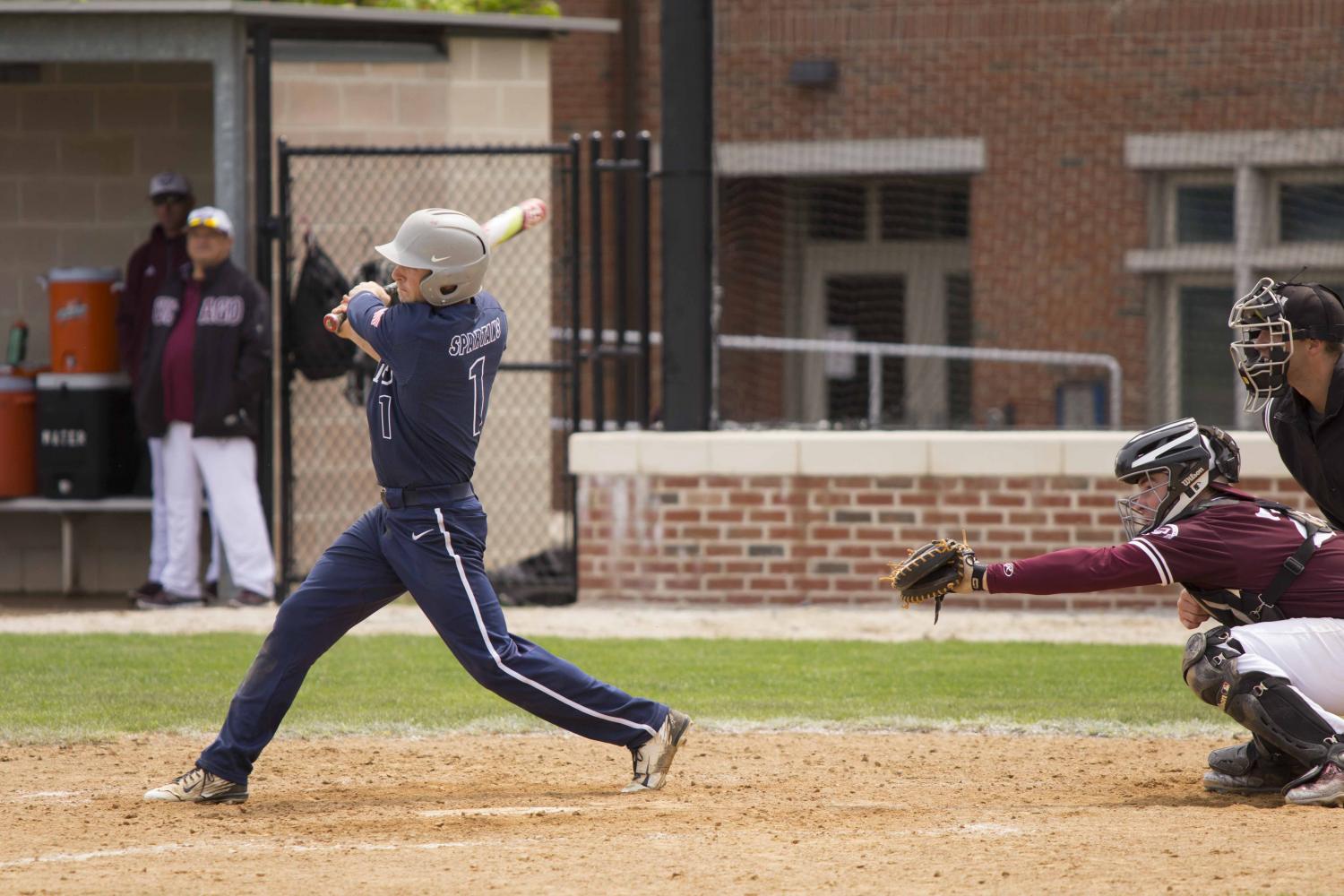 The Case Western Reserve University baseball team swept the weekend against the University of Chicago at home, extending their winning streak to five games before falling to the College of Wooster 10-5 on Tuesday in Wooster. On Wednesday, the team improved their overall record to 22-15 with a win over John Carroll University (JCU). After a slow start to the season, the Spartans have gone 20-6 since March 16.

In the first action of the weekend, the Spartans swept a Saturday doubleheader, winning 7-5 in the first game and 7-1 in the second contest. In the first game, first-year first baseman and pitcher Casey McConihe and fourth-year center fielder Aaron Cain led the way for the Spartans, combining for five hits and four RBIs in the contest.

The Spartans found themselves down on multiple occasions, falling behind 2-0 in the second inning and 3-2 in the fourth inning. Both times, however, the team fought back to tie the game. In the sixth inning, with the Spartans down 3-2, third-year second baseman Alex Capetillo led a three run inning off with a base hit single. After another run scored for the Spartans, Cain drove in the third run of the inning, giving the Spartans a 5-3 lead heading into the seventh. Third-year closer Liam Killingstad recorded the save for the Spartans.

The game remained close through the first four innings, with neither team able to put a run across the board. In the fifth inning, second-year catcher Tyler Wypiszenski was able score on a single from third-year designated hitter Dan Watson. That score would hold until the eighth inning when Chicago tied the game at 1.

In Sunday’s action, the Spartans continued rolling, posting a 9-4 victory in the first game of the doubleheader and winning again 6-4 in the second game.

In the first contest, Chicago began the scoring, putting up two runs in the top of the first inning. CWRU would respond, however, with three runs in the bottom of the frame. The Spartans began to pull away in the fourth inning when, after loading the bases with nobody out, Capetillo walked to score a run. Later in the inning, fourth-year right fielder Tony Damiano hit a single to increase the Spartan lead to four.

After Chicago cut the lead in half, the Spartans closed out the contest with one run in the sixth inning and two more in the seventh. McConihe improved to 3-0 on the season after throwing 5 and 2/3 innings and giving up four earned runs.

In the final game of the weekend series, CWRU pulled out another come-from-behind win. When Chicago jumped to an early 1-0 lead in the top of the first inning, McConihe responded with a two run home run to give the Spartans the 2-1 advantage. Chicago would regain the lead with a run scored in both the second and third frames while CWRU was unable to get anything across.

The sixth inning was when the Spartan bats would come alive again as second-year shortstop Rocco Maue singled with runners on second and third to score two runs and give the Spartans a 3-2 advantage. The team would add on two more runs later in the game to seal the win. Chicago would rally in the ninth to load the bases with one out, but the rally would fall short.

Against Wooster, CWRU jumped out to an early 2-0 lead thanks to a run-scoring groundout from McConihe in the first inning to score Cain and and a sacrifice fly from Maue in the second inning. Wooster would respond with two runs in each of the next three innings, eventually taking a 6-2 advantage heading into the sixth. The Spartans would fight back into this one, however, with the team plating three runs in the sixth to cut the Wooster lead to one.

That was the closest the team would get as runs scored by Wooster in the sixth, seventh and eighth innings effectively put the game out of reach. Third-year starting pitcher Ben Murphy suffered the loss for the team after allowing four runs in 3 and 2/3 innings, falling to 4-1 on the year.

The Spartans finished a stretch of six games over five days with a 7-4 win over JCU at home on Wednesday. Shields pitched seven strong innings and tied the program record with his 24th career win.

Head Coach Matt Englander commented on Shields performance and the fact that he is one win away from tying the program record for wins as a starting pitcher.

He said, “He’s worked as hard as anyone on this team. He deserves all the success he is having.”

The team will play a doubleheader on the last day of April at Marietta College, before finishing the regular season with their annual game at Progressive Field on May 2, also against JCU.
Admission is free but Spartans fans need to obtain a ticket online beforehand.