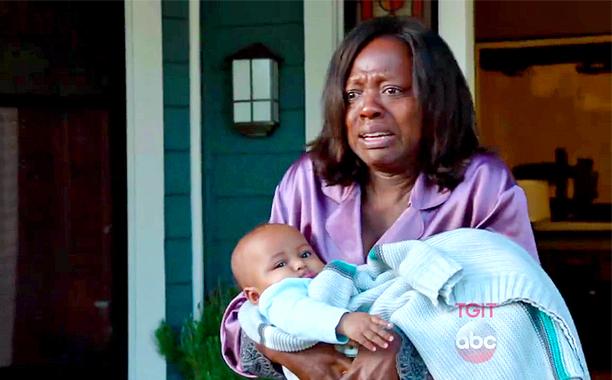 If “How to Get Away With Murder” has one problem, it’s that there’s too much going on. Threads from last season are still spilling over into season two, even in the midseason premiere, and each episode, a whole new slew of twists is dumped on top of the audience. The show’s strength, though, lies in its knowledge of when and how to give answers to the constant questions, giving viewers just enough to keep them watching without getting frustrated.

In “What Happened to You, Annalise,” the show continued to investigate the Hapstall case, while also resolving some of the cliffhangers left over after Annalise’s (Viola Davis) shooting at the mansion. At this point, the adventures of Catherine (Amy Okuda), Caleb (Kendrick Sampson) and Phillip (Jefferson White) are starting to turn dry, and, despite the constant upheavals in the case, I still find myself tuning out whenever any of them are on screen. I’d rather see the show focus on the mishaps of the Keating Five, as they did in the first season, as opposed to spending so much time with characters who I don’t know enough about to care for.

However, following the events at the mansion that were revealed in the midseason finale, our favorite slightly murderous students are getting a little more personally embroiled in the case. While this episode didn’t spend much time with Connor (Jack Falahee) or Michaela (Aja Naomi King), it did spend time focusing on how Asher (Matt McGorry) was dealing with his father’s death, which he doesn’t believe is a suicide. Asher has always been a bit of an anomaly on the show, since he was the only one of the Keating Five not involved in Sam’s (Tom Verica) murder, and I think it’s interesting to see where the show will take him now that he is in the know and involved in a scandal of his own.

Elsewhere, Laurel (Karla Souza) is struggling after covering up the fact that Wes (Alfred Enoch) was really the one who shot Annalise. She is also still sleeping with Frank (Charlie Weber), who does not seem too happy to be out of the loop in Annalise’s recovery. Laurel’s motivations and storyline still feel weak, but hopefully the fireworks that inevitably happen when it finally is revealed that Wes really shot Annalise will make up for that.

Poor Wes, meanwhile, is struggling quite a bit with the fact that Annalise called him Christophe after the shooting, meaning that she knew his long-dead mother. This means that everything, from his admission to law school to his position on Annalise’s team, is coming into question, and with the dark circles and disheveled beard that he was rocking this episode, it’s pretty clear that that is something he is not taking well. He’s also, for some reason, still confused about the true fate of Rebecca (Katie Findlay), a storyline which I wish we had left behind a long time ago.

This all brings us back to Annalise, though. Davis is the central draw of the show, and her electric performance amazes at every turn. This time around, she convincingly played Annalise struggling through pain pill-related hallucinations, having to do with Wes’ mother (who we’re shown via flashbacks she did meet at least once) and a baby who may either be Wes or the child that Annalise was apparently pregnant with ten years ago. The storyline is probably one of the more off-the-rails things the show has ever done, but Davis’ performance helped to ground it and make it feel believable.

It will be interesting to see where the show takes all of these pieces. I have trust in Nowalk and co., and I think that they will give answers soon, without making us hold out longer than the end of the season. However, with this many threads up in the air, it’s possible that they won’t be able to manage and we’ll all get lost in the chaos.

Show: “How to Get Away With Murder”