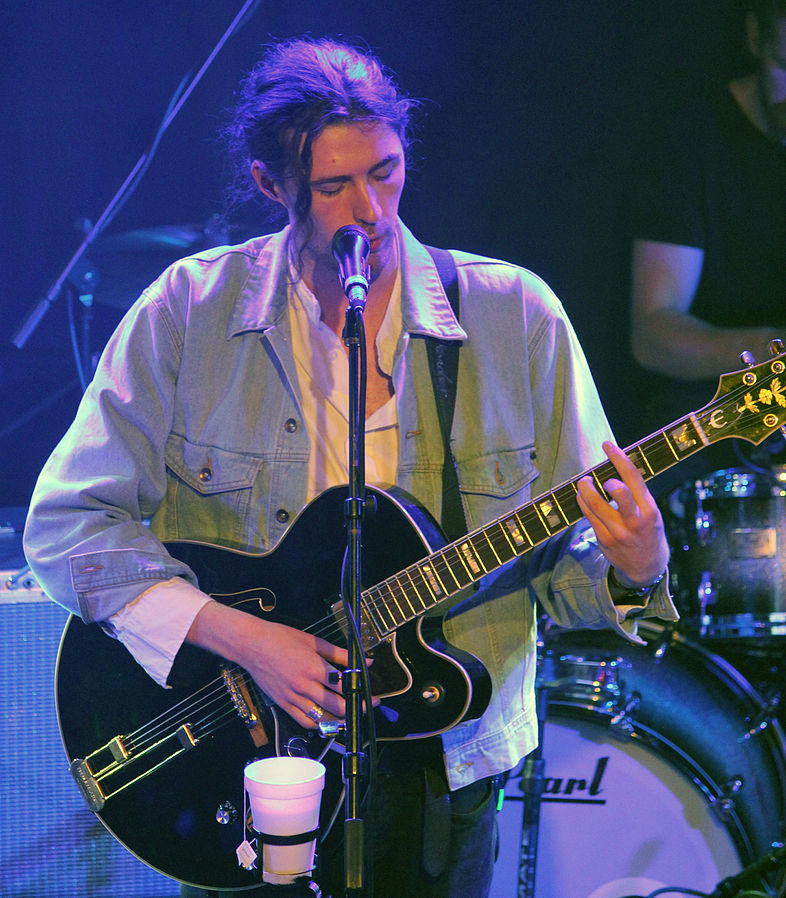 Every Tuesday night at 8:45 p.m., people start lining up for a show at Doyle’s of College Street in Dublin. They wait, packed in a stairwell drinking beers, until whenever Doyle’s considers 9 p.m. to be (usually around 9:15 p.m.) to pay seven euros that will eventually be donated to charity and sit in silence to watch people play music.

The show is called The Ruby Sessions, the ambience comes exclusively from tea light candles and the names of the biggest acts that have visited that tiny and exceedingly warm stage grace the walls: Ed Sheeran, Damien Rice and Mumford and Sons among them. The acts are printed in different size fonts, with the bigger names standing out—a fact the sound technicians will deny—and the biggest one by far, belongs to Hozier.

Hozier, the stage name adopted by Irish singer Andrew Hozier-Byrne, hails from the village of Bray, just to the south of Dublin County. Regardless, Dublin claims Hozier as its own. He started in the city, studying music for a year at Trinity College before dropping out to focus on his life as a performing artist, and both his albums were produced by the Dublin independent label Rubyworks Records. Occasionally he’ll stop by the places he played when he grew up, and there’s more than a few bartenders who will tell stories of seeing Hozier well before he was famous.

So it came as no surprise that when Hozier released a new album entitled “Wasteland, Baby!” on March 1, the Dublin music community was beyond excited.

Hozier’s new album is right in his wheelhouse. Hozier’s voice is his biggest weapon, and he wields it like a master swordsman.

In his tenure in the Trinity music department, Hozier was involved in both the orchestra and a choral ensemble, which he used as inspiration when writing “Wasteland, Baby!”

It’s hard to assign Hozier a genre. His album is rich and soulful, with crying guitars and a bass and drum part that are simultaneously distinct noises and the same instrument, thumping their way through layers of keys and backup singing to form a powerhouse of rhythm and melody that is just wonderful to listen to.

He also plays well with others: the lead track off the EP “Nina Cried Power” is both a tribute to and features gospel legend Mavis Staples. Even without Staples, the EP is great: “Almost (Sweet Music)” is definitely a standout but listening to the whole tracklist is worth your time, especially the goosebump inducing song “Nina Cried Power,” which uses both Hozier and Staples’ vocals to create a strong, emotionally compelling opening track.

For those looking for a song to showcase Hozier’s accent the final song of the EP “Shrike” does just that. It is a great song to listen to if you want to hear the Irish traditional influences that also play a role in his music.

“Wasteland, Baby!” is available everywhere on standard streaming services and in record stores. Hozier is currently on an American tour in support of the album that ends on April 14.