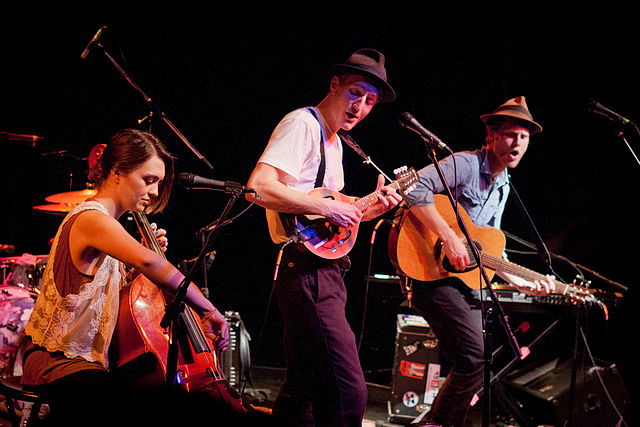 The Lumineers’ first album in 2012 was the album I never knew I needed. “Ho Hey,” the song that made them big, had the perfect amount of pleasing melodies, interesting lyrics and a belt-your-lungs-out chorus that compelled everyone on my middle school bus to sing along. Each song on “The Lumineers” has been my favorite song at one point or another, and I still listen to the album to this day.

What I loved about the Lumineers, “Cleopatra” took and magnified to such extremes that it made the album unlistenable. Naturally, I was reluctant to try out their latest album “III,” released on Sept. 13.

So as I pressed play on the first song, “Donna,” I braced myself for 40 minutes of straight noise. Instead, I was met with a piano melody. The way it seemed to fall from one note to another, guiding me towards some dreamy place in the back of my mind, reminded me of the Impressionist works of Debussy—I know nothing about music, but Debussy is the one and only composer I know anything about—and I was immediately hooked.

The piano melody was pretty but melancholic, and as the lyrics came out, bitterness took over the sound. “Donna” is a song about a reluctant mother and a dysfunctional family, and the music video pushes the emotions that catalyze the song as you follow a mother who clearly does not want to be there.

The album follows the family as this woman struggles to cope with the life that she’s fallen into, affecting everyone in her life. We hear three distinct parts of their lives, and each part has a distinct flavor to it.

Part one, which follows the reluctant mother, starts with the slow, simple piano melodies that characterize the bitterness she feels, and builds up to a louder, faster-paced sound that is more like that of the Lumineers’ second album, representing her escape from the life she hated.

The next parts are more ambiguous with what they represent, although part two clearly follows the results of her actions. “It Wasn’t Easy To Be Happy For You,” the first song of this part, has a more pop sound and is the climax of the album, with its easy going guitar strumming that gave me “Hey Jude” vibes. Part two contains the most energetic songs of the album, taking the characteristic Lumineers sound and turning them into potential pop hits.

Part three is where the Lumineers depart most from their folk sound; “My Cell” has some blues influences, and “Salt And The Sea” utilizes an electric keyboard as opposed to the piano used in the first part, lending to a more somber sound. Part three also includes a sort of interlude, “April,” which consists of only instrumentals. Overall, I wasn’t a huge fan of part three.

The album does include a fourth part, which contains “bonus tracks,” which I assume are songs that didn’t fit with their album’s narrative. I wasn’t blown away with any of the album; if anything, I was disappointed from the very first song. There was nothing much to complain about regarding any single piece, but none of the pieces really stood out in the first place. Overall, though, “III” is a solid album, especially if you’re missing the original Lumineers sound that made them so great.