I would go back 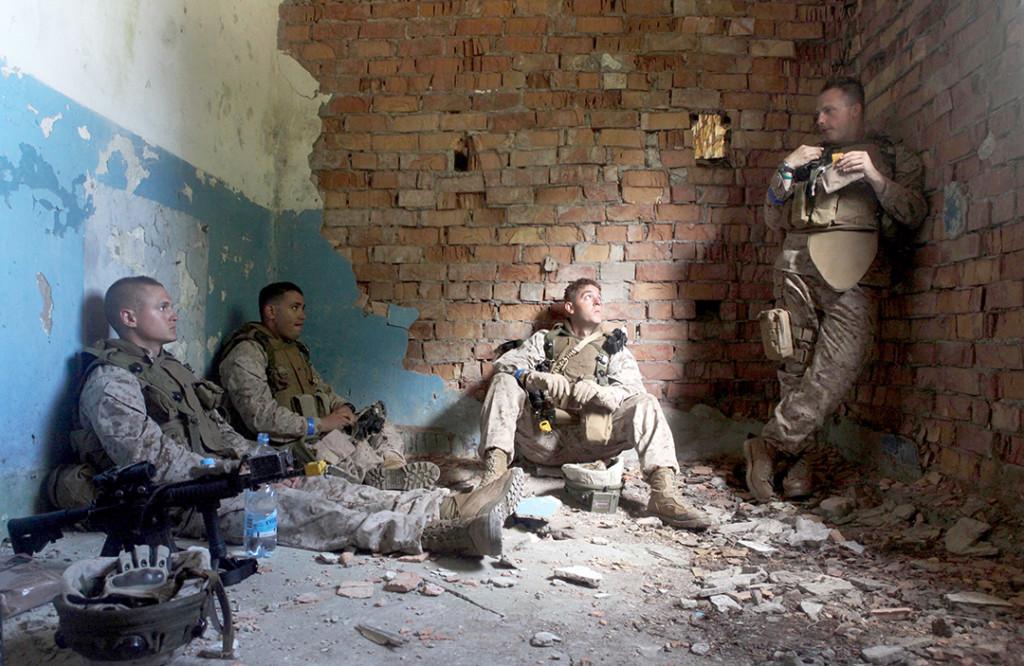 Steven Maire has the appearance of your typical Case Western Reserve University student. He’s enrolled in the BS/MS program in applied mathematics. He’s an alumnus of Sigma Epsilon fraternity. He does his math homework on a yellow legal pad—in pen.

But the 26-year-old is not a desk person. He gets fidgety, he says.

So Maire enlisted in Marine Corps reserves in 2006.  He wanted the opportunity “to work in the dirt.”

In 2010, he spent a year deployed in Afghanistan.

Maire decided to join the military in 2002, right after Sept. 11. It was only his freshman year in high school, but he knew that he didn’t want to go to college.

During his senior year of high school, Maire struggled with balancing following his own dream of joining the military or making his parents happy by going to college. A chance meeting with a former marine and Ohio State University graduate, Eric Montgomery, helped him make up his mind.

“He started talking about all of these opportunities that he was given while he was in college because he had been in the military,” said Maire. “I thought it was awesome. Being able to be in college while at the same time being in the Marine Corps, and having that sense of honor and duty.”

With Montgomery’s blessing, Maire decided to try to balance school and the military. He started his freshman year at CWRU in August of 2006, and signed his Marine Corps contract at the end of September.

Being in the military took a lot of time away from schoolwork, and Maire sometimes had to take off weeks at a time for training.

“It’s very time-consuming,” he said. “But if it’s something that you want, it’s worth it. It’s worth the long nights. Whatever it takes.”

Although Maire was extremely committed to the idea of military service, when he first got on campus, he found that the environment wasn’t welcoming.

“Professors were confused. The administration was cautionary. They were just very inexperienced,” he said. “In 2008, during the protests in Darfur, I was wearing a Marine Corps shirt to class, and I received some negative remarks.”

Despite the stigma, Maire enjoyed his first few years at CWRU. However, when he was called to Afghanistan in January of 2010, just a few months before he was supposed to graduate, he didn’t hesitate.

Maire deployed with Weapons Company 3/25, an infantry unit that specialized in peacekeeping operations. He was stationed in at a supply route in the Hellman province in Afghanistan, where his team kept the road safe from IEDs and small arms fire.

“It was less of a road, and more just a patch of desert that they call a road,” he said.

Maire, who grew up in Ohio, had trouble adjusting to some of the culture shock he experienced in Afghanistan.

“One of the interesting things that I noticed was that the people weren’t very nationalist,” he said. “They live in local tribes.”

He was also struck by the high rates of illiteracy.  Almost 90 percent of the tribe members he interacted with could not read or write, and those who could were mostly religious or political leaders.

When he came back from Afghanistan in 2011, Maire found a very different campus, where students, faculty and the administration were much more accepting of his military status.

“I am amazed at the turnaround that the university has done,” he said. “I think it’s absolutely amazing that it’s going in the direction that it is, and I feel like the registrar has spearheaded that.”

Recently, the registrar’s office has been working to learn about GI Bills and other scholarship information for veterans.

“We’re gaining more clarity on the process, and trying to become subject matter experts,” noted Brittany Cecchetti, an Operations Analyst at the Office of the Registrar. “We’re putting a lot of effort in trying to understand the process and be really sensitive to the whole process.”

Maire is extremely grateful for their help, and for the general improvement in the campus attitude towards veterans.

“It’s not that big a deal to me,” he said of Veteran’s Day. “No one has to say thank you to me. But we have Vietnam vets on this campus, and it’s really cool to see those guys get their recognition.

“It’s the little changes. Even the signs that are up on the Binary Walkway— those would never have been there a few years ago.”

Although Maire says that it’s unlikely that he will work for the military after graduating, he is grateful for all that the military has taught him.

“It’s unreal to me how much different being there is than being here,” he said. “They’re both great, which sounds weird to say and probably weird to hear. When I was in Afghanistan, there was always a need for me, in one sense or another.”