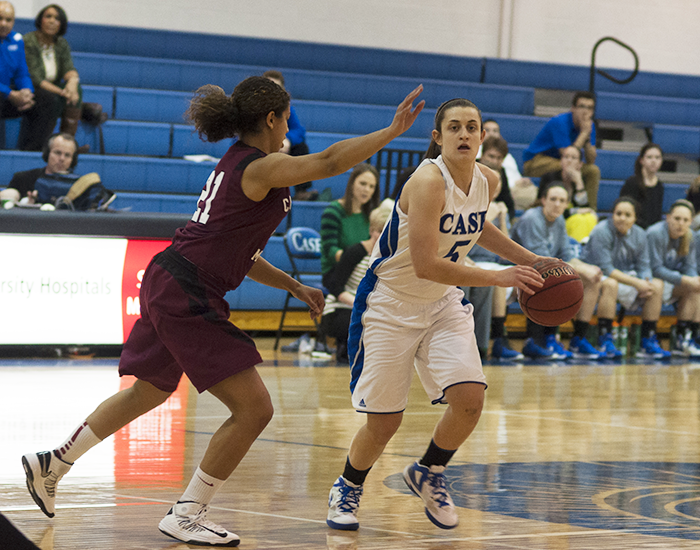 Evy Iacono was named a D3Hoops.com Honorable Mention All-American in addition to being the UAA Most Valuable Player. Iacono led the conference in scoring and had the second highest scoring season in program history with 447 points

JeNine Nickerson is the only other player in program history to be named an All-American. She earned the honor after the 2001-02 campaign.

In 2012-13, Iacono led the UAA in scoring at 17.9 points per game and posted the second-highest single-season scoring total (447 points) in school history. A four-time UAA Player of the Week this winter, Iacono joined the program’s 1000-point club in late November and twice set the school single-game scoring record with 37 and 38 points, respectively. Overall, she scored in the double figures in 21-of-25 games and averaged 4.7 rebounds, 4.0 assists, and 2.4 steals.

Earlier this season, Iacono was lauded for her efforts both on the floor and in the classroom with Capital One Academic First Team All-District VII honors.

Iacono and the Spartans ended the season at 16-9 overall, landing them at fourth place in the ultra-competitive UAA (8-6). The 16 victories are the most for the program since the 2001-02 season, when the team was 20-9 overall and advanced to the NCAA Tournament. In six years under Head Coach Jennifer Reimer, the Spartans have produced five winning campaigns.