If you want more of Andrew Garfield, here’s what to watch next 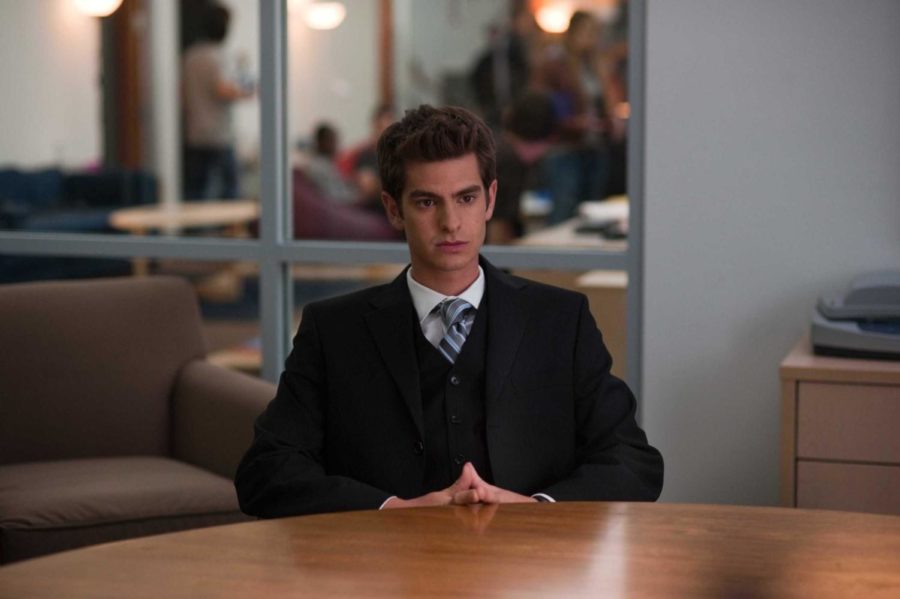 Andrew Garfield has amassed a huge fanbase with his captivating roles in films such as "The Social Network" (pictured above), "The Amazing Spider-Man" and "tick, tick... BOOM!"

After stealing the show in a certain Marvel movie this past December, the world (or at least the portion of it that lives online) cannot get enough of Andrew Garfield. The 38-year-old, British-American actor has found himself in the middle of a massive pop culture renaissance, trending on TikTok and Twitter for roles including Spider-Man in the franchise’s 2012 installment, Eduardo Saverin in “The Social Network,” Jonathan Larson in “tick, tick… BOOM!” and more. Fans praise not only his range but his performances as well, with the general consensus being that Garfield nails it every time, no matter what the movie is or the character he’s given. So here’s what to watch next and where to watch it, if you, too, want to delve further into the emerging Garfield-verse.

Where to watch: Hulu Premium, Sling and Roku Premium, Starz or available to rent on Amazon Prime, Apple TV and Youtube.

In spite of a staunchly mediocre Rotten Tomatoes rating, this heartwarming romance between polio patient Robin Cavendish (Andrew Garfield) and his wife Diana (Claire Foy) manages to pack a big emotional punch. Sometimes moving a little too fast to be truly poignant, Garfield still does a standout job portraying someone struggling to breathe and Foy does an excellent job as well. A movie to watch if you want a good cry, and nice visuals, too.

Where to watch: Available to rent on Prime Video.

One of Garfield’s first major roles, “Boy A” is a complicated story of redemption. Jack Barridge, a deliveryman-turned-local celebrity after his rescue of a little girl, suddenly finds himself on the receiving end of public outrage when his dark past comes to light—one where he was a convicted child killer. Suspenseful and compassionate at the same time, Garfield manages to portray a deeply distributing character in a very human way. His haunting performance will stick with you long after you’ve finished watching.

Where to watch: Hulu Live TV and available to rent, except “No Way Home” which is only in theaters.

Andrew Garfield’s Spider-Man is funnier, edgier and most importantly, taller than Toby Maguire’s and Tom Holland’s interpretations. He’s more of a skater and a rebel than a nerd, but other than that, his first movie sticks pretty closely to Spider-Man’s comic book origins before going more off the rails in the second. All three are solid superhero flicks, balancing comedy with darker themes of loss and revenge. And as for who is the best Spider-Man out of the set? Obviously, the right answer is all of them swinging through scaffolding in tandem.

Where to watch: HBO Max and available for rent on Prime Video.

A grisly war movie about real-life pacifist Desmond T. Doss, Garfield’s performance in “Hacksaw Ridge” earned him his first and only Oscar nomination. A little gruesome at times, he and director Mel Gibson tell an incredible story of heroism and highlight the horrors of World War II. The protagonist is inarguably the best part of the movie, his religious moralism adding an edge absent from most films set in this era.

Where to watch: Paramount+, Hulu Premium and available to rent on Prime Video.

Andrew Garfield and Adam Driver play a pair of Portuguese missionaries looking for their missing mentor (Liam Neeson) in 17th century Japan, where Christianity is punished by death. Grappling with their faith in the midst of religious persecution, both Garfield and Driver, coming off of roles in blockbuster franchises, get a chance to showcase their range as actors. Though this film received mixed reviews from the general public, it’s a must-watch to understand everything Garfield can do on screen.

Where to watch: Netflix.

This year, we got to find out that Andrew Garfield can sing as well as act. A predicted Oscar frontrunner, Garfield plays struggling writer Jonathan Larson, who created the widely popular musical “Rent.” In his directorial debut, Lin-Manuel Miranda captures the sense of urgency behind Larson’s life and writing as he inevitably runs out of the little time he has left. Both funny and tear-jerking at times, this movie will resonate with anyone, especially musical theater fans.

Where to watch: Netflix or available to rent.

Now this is the performance that’s taken the Internet by storm. Highly regarded by critics both today and at the time of its release, “The Social Network” stars Jesse Eisenberg as future tech billionaire Mark Zuckerberg and Andrew Garfield as Eduardo Saverin, his best friend and later victim and enemy. And while Garfield does a phenomenal job throughout the movie, his final scene with Eisenberg is one that many viewers can quote line by line. His emotions come through in such a raw and realistic way that I can’t imagine any other actor or movie even coming close to replicating it. If you somehow haven’t seen “The Social Network” already, this is definitely the first one I would recommend you sit down and watch.