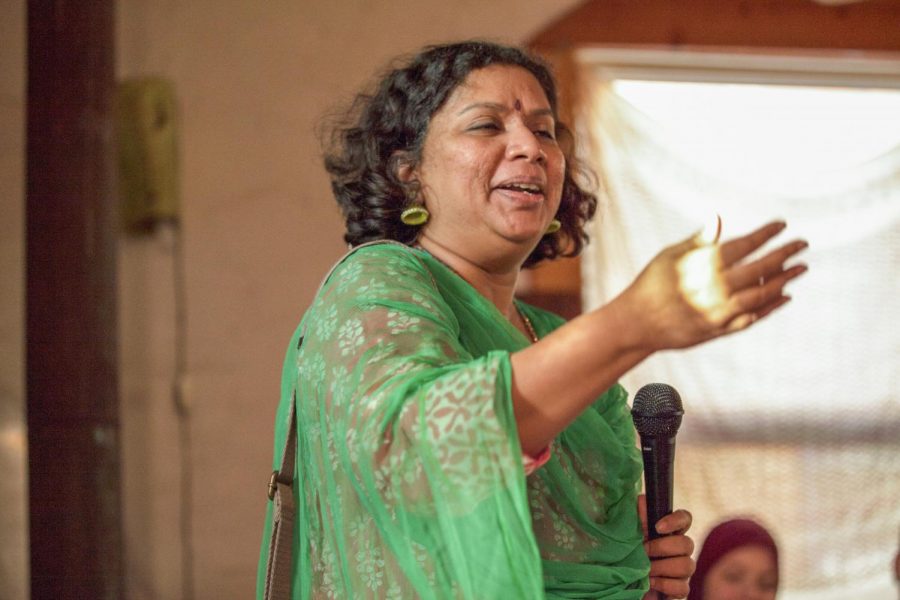 “[When you listen to people’s stories], you don’t only hear their experiences, but you really dive in deep into how other people think and why they made the decisions that they did. It is a taste of [someone else’s life],” said Amalia Gitosuputro, a fourth-year chemical engineering major.

On Friday, April 20, the Case Western Reserve University Muslim Student Association (MSA) held their Faces of Immigrants event at Algebra Tea House in Little Italy. MSA initiated this event last year in response to Trump Administration’s travel ban and the subsequent attention brought to Islamophobia after the ban was announced.

According to the MSA, Faces of Immigrants is meant to draw people closer together through sharing personal experiences and drawing connections between various struggles. Additionally, the event shed light on the implications of cultural assimilation.

“I think speaking with each other and sharing our stories is the best way to spread awareness about the struggles people face with assimilation,” said Abdelrahman Rahmy, a third-year studying chemical biology. “I think a lot of people know about the issue to some extent, but they probably don’t know why [people struggle with assimilation] specifically, and it helps to come together and share our personal experiences.”

Faces of Immigrants featured two guest speakers who spoke about their immigration to the United States.

The first speaker was Rekha Srinivasan, an organic chemistry professor who grew up in Bangalore, India. Srinivasan moved to Cleveland with her then-fiancée, pursuing a PhD at CWRU shortly after with a child in one hand and a book in the other.

“I don’t feel the need to prove to people anything,” said Srinivasan. “I know who I am, I know that I love this country as much as I love India. I couldn’t pick one over the other, and I don’t believe I need to.”

The second speaker was Dr. Ramez Islambouli, a full-time lecturer of Arabic at CWRU. Islambouli came to Cleveland from Lebanon to pursue a degree in biomedical engineering.

“I think people are naturally interested in other people’s cultures and religions,” said Islambouli. “For example, I was observing the month of Ramadan and was ordering pizza for my pre-dawn meal to eat before my day long fast to dusk. Initially, I was eating alone, but by the second day I found myself amongst many other students in the dorm eating our pre-dawn meal.”

He added, “It was truly a pleasure.”

Faces of Immigrants will take place again next spring semester and will also feature speakers. Additionally, an open mic will be available for participants to share their experiences.