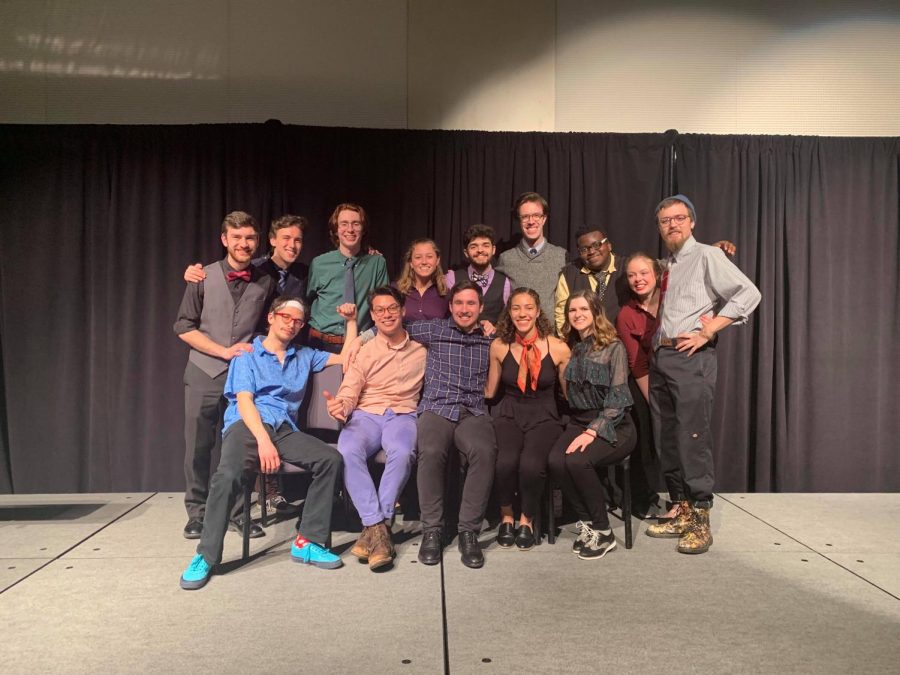 This past weekend, IMPROVment hosted their eighth annual Lake Effect Improv Festival in the Tink Ballroom on Saturday, March 30.

The festival’s name is inspired by our university’s proximity to Lake Erie and contributions to Cleveland’s weather by the lake effect.

“We found the other groups by attending other universities’ improv festivals that we are invited to. We befriend other troupes and watch them perform and if we feel that the CWRU community would enjoy a unique performance from another college or professional improv troupe, we invite them,” third-year student and IMPROVment member Tati Vujovic said.

Another performance included a steamy radio show hosted by fourth-year student Will Erickson and first-year student Ronnie Taylor. As Taylor casually flirted with Erickson, Erickson narrated the courtship, reminding the audience that they cannot see the steamy relationship unfold because “it is a radio show.”

IMPROVment’s public relations team, consisting of third-year students Andy Ogrinc and Tony Monczewski and Peralta, started planning for the festival over the summer, reserving the space and sending invitations to the other improv troupes in the fall to finalize the program. Members of the troupe practice improvising all year, with performances every Saturday in the Eldred Black Box Theatre.

IMPROVment advertised the festival through its Facebook and Instagram page, as well as through flyers and trifolds placed around campus. Despite these efforts, turnout for Lake Effect was less than members had hoped for.

“It was hard this year because of several Greek organizations’ formals, as well as a Footlighters performance [The Mystery of Edwin Drood] coincided with Lake Effect,” Vujovic said. “The theatre student organizations are closely linked and often support each other at such events so it was sad that people had to choose between the two.”

Still, the festival did lure a sizeable audience with the promise of quality content and free cookies.

“This is the first time I’ve attended the Lake Effect Comedy Festival, and I unsurprisingly had a good time,” fourth-year student Rasheed Ajala said.

For anyone interested in improv, IMPROVment’s next weekly show will be at 9:30 p.m. Saturday, April 6 at the Eldred Black Box and auditions for cast will be held in the fall.